Fancy A Race At Spa? Course You Do 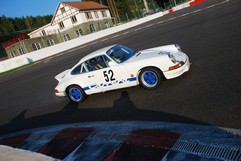 Come along to Spa and you can race this...

This is the way to go motor racing: if the race you want to enter doesn't exist, then why not go ahead and create it? Well, that's exactly what PHer Graham Walden has done.

"The One Hour Challenge for Modern and Classic Sports, Saloon and GT cars was born in the Spa Paddock in 2010," says Graham. "After entering a race during the Spa 6 hour weekend we were hooked on the place and had to come back. Looking at the availability of races it soon became apparent that there were many UK racers whose cars didn't fit into the limited opportunities available. 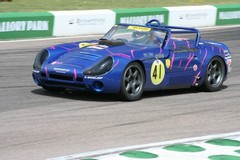 not sure that one'll stick, Riggers - Ed.

) was born. The event is being held with the Race and Rally Organisation as part of the October "Racing Festival", and is open to a wide range of cars. The core of the entry is, we're told, sports, saloon and GT cars from the 70s, 80s and 90s, although the earliest car is a modified 1959 Austin Healey and the Latest a TVR T350. Almost anything is eligible, in short.

"The aim is to provide an exciting race for as many and as varied cars as we can, says Graham. "This should throw up some exciting and unexpected battles along the twisting, diving and climbing tarmac that is Spa Francorchamps." 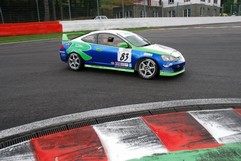 It should be pretty cool to watch, as well as participate in, plus there's apparently a third-party track day immediately following the race weekend (1st-2nd October), so even if you don't/can't race you could still combine a spot of racing with a wee bit of on-track shenanigans...

The race meeting itself is spread over the whole weekend, with qualifying on Saturday and the race on Sunday so as to give racers plenty of time to soak up the atmosphere (and fix any mechanical ailments). The guys will also lay on a number of fully-qualified mechanics to help out if things really go the way of the pear.

The cars themselves must comply with current MSA safety requirements, and preferably have been scrutineered in the UK within the current season, to ensure that there is nothing that will cause a problem during scrutineering at Spa.

Entry fee for the one-hour race is £650 per car, with either one or two drivers per car, and the race itself takes place on the weekend of 1st/2nd October. So what are you waiting for??