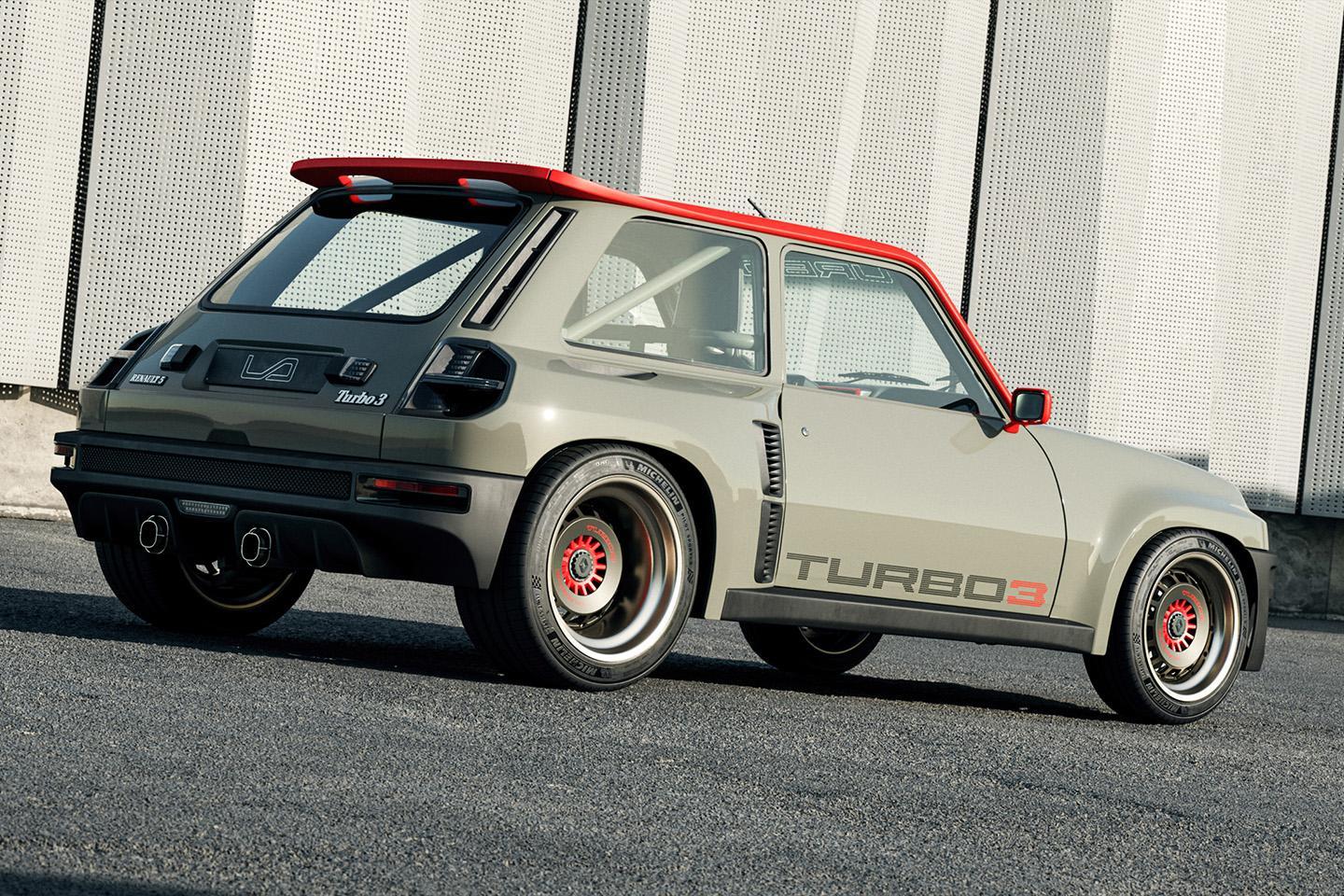 The lovely thing about the restomod boom is that it tends to be money-no-object. Granted, that rather limits access for those of us stuck buying the second least expensive bottle of wine - but it does produce some cars genuinely worth ogling. Take this for example, the Renault 5 Turbo 3 as (re)imagined by a new firm in the States. It is based on the Turbo 2, the mid-engined model that Renault tried to produce at a budget after its predecessor's trick components left it wearing a three-bed semi price tag.

Now the concept has come full circle because Legende Automobiles (because LA, because that's where they're based) kicked off its conceptualising by asking itself 'what if there were no compromises?' - which is not a bad starting point when you're dealing with a French hatchback launched in 1983. Especially when the intervening 38 years has delivered quite a few additional tricks up the engineering sleeve.

Hence a new body made 'mostly' of carbon fibre. Naturally, this provided Legende with a) drastic weight loss over the steel bodywork that hindered the Turbo 2 and b) gave the fledgling manufacturer ample opportunity to fiddle with the styling. This it has done rather well, inevitably making the car drastically wider and capable of absorbing 16-inch wheels at the front and 17-inch at the back (the original, of course, wore dinky 14-inch rims).

Other detailed styling alterations abound. There are bespoke air curtains plumbed into the C pillar. The roof-mounted rear wing has been extended. At the back the two-piece diffuser is a custom design, as are the square exhaust tips. Inevitably the concept features redesigned LED lights all round. The result is rather as Legende intended: recognisable as a Renault 5, but knowingly differentiated in the customary restomod style.

We rather like it. And the same goes for the new interior. Sure, you'll have to make your peace with a digital instrument cluster, but Legende has embellished its credentials by eschewing paddles and fitting a five-speed sequential transmission (apparently a manual 'box is also available). Because this is a West Coast transformation, the Turbo 3 earns automatic dual-zone climate control, not to mention ultra-thin race seats which go rather well with the exposed roll cage.

Legende doesn't dwell long on the mechanical setup of the concept. Obviously it retains rear drive - and is said to share the Maxi Turbo's double wishbone suspension, albeit on a drastically fatter footprint - but what exactly is powering the back axle is not yet clear. Certainly the engine is new, and the internet seems to think it's a four-cylinder turbo with around 400hp. Which is quite the increase on the 160hp produced by the Turbo 2 - but probably par for the course in restomod terms.

Most likely these details will become clear when Legende gets around to putting a price tag on its handiwork. Right now, the Turbo 3 looks a lot like proof of concept given it's been developed by a three-man team; expect to hear a lot more about it if the firm's flag raising effort achieves the right kind of international salute. But by the looks of it, a Singer for old Renaults is certainly not the worst idea we've heard this morning...