New GTI announced but can it ever live up to the sales glories of hot Golfs past?

is an important event, you might think. The quintessential practical performance car returns in June with either 220hp or 230hp depending on the version with prices starting at roughly the same as the old one. With a useful 6.5 seconds to 62mph and a claimed 47mpg, it ticks all the right boxes on the way to certain sales glory. 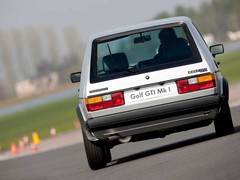 Over a quarter of Mk1 Golf sales were GTIs

Or maybe not. In the showroom stakes, the GTI is a shadow of its former self. Last year VW shifted just 1,770 of them according to figures from the Society of Motor Manufacturers and Traders, or 3.2 per cent of total Golf sales.

That's a far cry from the glory days. Following its right-hand drive launch here in 1979, the Mk1 GTI climbed into UK car buyers' affections so steadily that by 1983, just over 25 per cent of all Golf sales were GTIs, according to figures from VW. That equated to more than 6,000 sales.

Same went for the Mk2. The big year was 1989, ahead of the pre-big bumper, when 30 per cent of all new Golfs wore the GTI badge.

Enthusiasm waned with the Mk3 but this next stat will surprise you. The now-reviled Mk4 was a big hit, with a whopping 17,557 GTIs sold in 1999, or 29 per cent of the total. The following year that rose to 30 per cent, even if sales were down a bit. Of course the Mk5 restored pride to the badge in 2005, but even in that first year with all the review praise it accounted for just nine per cent of Golf sales. 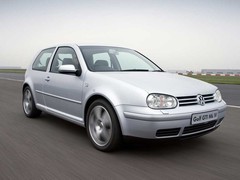 So why is this? Okay, last year was a run-out for the Mk6, but that doesn't explain it given the paucity of competition. There was no Ford Focus ST for example and the Vauxhall Astra VXR arrived late. Last year's GTI numbers actually beat 2010 sales.

More likely is competition within VW, what with the R, the GTD diesel and the Scirocco all competing. And the hot hatch market itself had deflated massively. Amazingly, the Golf GTI was actually the biggest seller among the mass-market players, even taking into account all the supermini rockets such as the Polo GTI and Abarth 500. The Renault Megane Renaultsport achieved a measly 306 sales. 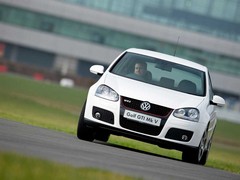 With the new car starting from £25,845, perhaps it's all got a bit too expensive and that hot hatch enjoyment now lies in the affordability of the old cars. How about a mint-looking

VW has done all the right things with the new car, such stripping weight and adding a pioneering electronically controlled active limited-slip diff. But it could be all too late to apply the paddles to an ailing hot hatch market.