991-based 911 racer revealed, no mention in press release that it uses 'old' engine 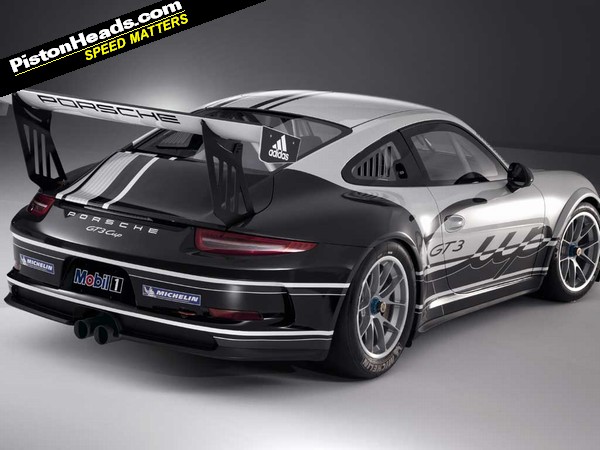 Hot on the heels of confirmation that Manthey Racing will run two 991-based 911 RSRs at the 2013 Le Mans Porsche has thrown the covers off the 991's GT3 Cup race car too. This will make its racing debut in the 2013 Supercup series. 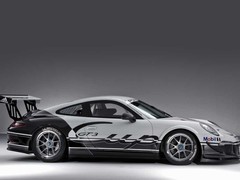 GT3 roadcar will take its inspiration from this

181,200 euros (plus local VAT) will get you into the latest generation of Porsche's hugely successful customer race car, 2,395 of which it has sold over the years. It also, of course, forms the basis of the much-loved road going GT3 variants, Porsche confirming as much and saying this is the "motorsports version of the future 911 GT3."

Is it though? As Chris Harris discussed with Porsche R&D boss Wolfgang Hatz, the 991 RSR will use a 3.8-litre version 'old' Mezger flat-six and though Porsche doesn't say as much in the press release a spokesman told us the Cup car will retain a version of this engine too. It gains 10hp over the previous Cup car, delivering 460hp at 7,500rpm and, for the first time, shifting via wheel-mounted paddles. Traditionally roadgoing GT3s have also used Mezger-based engines, that clear bloodline to the race cars just one of the reasons they're so prized by geeks like us. One that'll be broken if the roadgoing GT3 ends up using a version of the 991's DFI flat-six, souped up or not. 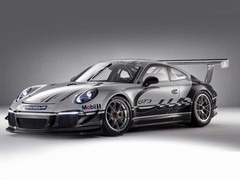 New racer to debut in the Supercup series

At this stage it's an official 'no comment' from Porsche on the matter so we'll cross that one when we come to it. And meanwhile hear what works driver Timo Bernhard has to say about the new racer. "The new 911 GT3 Cup is much easier to drive at the limit," he says. "The new axle geometry is enormously positive for the handling. Apart from that the new Cup 911 is great fun to drive."

Though few details are supplied about the suspension Porsche does reveal that the new Cup car's tyres are wider than before - plus 20mm at the front and plus 10mm at the rear - and this, combined with the wider front track of the 991 platform, would indicate grip levels have increased. Brakes have also been upgraded and there's an all-new safety cage, seat and roof cutaway for in-car medical attention and/or driver extraction if it's been a really big one.