Nissan bids Deltawing farewell, Panoz to race it at Sebring and beyond

has come to an end, issuing a 'it's not you, it's me' statement reproduced below. 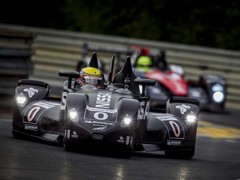 It was little over a year ago that we

for the revolutionary Deltawing and in that time the car has been truly taken to PHers' hearts, winning our

at the end of 2012 by a landslide of votes. Chris Harris was blown away by the car's unusual dynamics and dazzled by the enthusiasm of its creator Ben Bowlby

when he drove it

at Road Atlanta, scene of its most impressive race result with a fifth overall in the Petit Le Mans event. This atoned somewhat for the disappointment of an early exit from the Le Mans 24-hour, the Deltawing nonetheless taken very much to the hearts of all who saw it in action.

The Deltawing lives on though, Don Panoz taking over the project and, according to an article on Fox's SpeedTV, planning to replace the Nissan engine with a Mazda-derived unit for next-month's Sebring 12-hour. Nissan hasn't commented on Panoz's plans beyond saying it "wishes Dr Don Panoz and all the other partners involved in the Deltawing all the best for the future and we look forward to supporting their progress from the sidelines at future races."

In an internal document Nissan spoke of "now looking ahead to the future and our next exciting project" while saying "Nissan Deltawing was a very exciting project winning the hearts and minds of many." It denies pulling out of the project was a cost decision, that there was any bad blood between it and any of the other partners or that it was simply a case of so long and thanks for all the publicity. "The ... Nissan Deltawing project was first and foremost a test-bed for future innovations for both Nissan's motorsport and road product programmes," it says. In its own words it takes aerodynamic, transmission and engine knowledge away from the partnership and says the car "enabled us to explore the potential of Nissan's 1.6-litre engine for future applications." These will include the further developments of the Juke Nismo, teased on the recent launch for the road car PH attended. 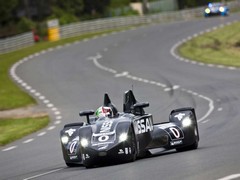 Innovation this radical is rare in motorsport

If the official line is polite but distant the Tweets and other comments from Nissan insiders, notably motorsports boss Darren Cox, have been a lot more emotive. Quotes like "We should say though that we loved every minute of the #NissanDeltawing experience. Exciting and innovative project. #gamechanger" and "We had a blast with DeltaWing and will always have a major soft spot for that car #nissandeltawing" from @Nissan_OnTrack last night show a more personal view.

Speaking exclusively to PH, Cox said, "It was an amazing journey for all of those at Nissan and NISMO who were involved in the project. On reflection the highlights were the London launch when all the partners were together for the first time, the aftermath of the Le Mans crash because everyone knew we had delivered the best job we could have and of course Sebring - not just the result and speed of the car but also the secondary boost of allowing people like Chris Harris from outside the team to experience this incredible car."

Fully aware of the passion the car has inspired he reserves special thanks for those who supported the project too. "Biggest thanks must go to the fans who took us to their hearts," he told us. "Nissan gave the fans access to the project and the fans repaid us with their huge support. Thanks to you all. We will keep surprising you in the coming months and years with our Motorsport activity."

Nissan's official statement:
"Nissan confirms that it will not continue with its partnership of the DeltaWing motorsport project with immediate effect.

"Nissan was an instrumental in the ground-breaking DeltaWing project, which aimed to demonstrate the current real-world viability of efficient motorsport by completing the famous Le Mans 24 Hours using half the fuel and half the tyres of any of its counterparts.

"Described as a "game-changer" and widely acknowledged as the most revolutionary racing car to be built in a generation, the Nissan DeltaWing was the brainchild of British engineer, Ben Bowlby. It was also described as "the world's first social media racing car" due to Nissan's innovative approach off track.

"The car's performance at Le Mans and its subsequent 5th place finish at Petit Le Mans endurance race in the USA proved to the doubters that the pioneering and hugely innovative technology produced by Nissan and the other partners in the project delivered on its promise.

"Nissan produced a lightweight, down-sized version of its 1.6-litre DIG-T engine for the Nissan DeltaWing. Combined with innovative chassis and aerodynamics, this engine produced the same lap times as its fellow Le Mans entrants, using half the fuel from its vastly smaller engine capacity.

"Darren Cox, Director of global motorsports for Nissan, says: "The Nissan DeltaWing was an exciting project that challenged all conventional thinking and that is why Nissan put its support behind it. We are committed to developing innovative and exciting cars both on the track and on the road.

""Nissan wishes Dr Don Panoz and all the other partners involved in the DeltaWing all the best for the future and we look forward to supporting their progress from the sidelines at future races. "

"Nissan will announce its future motor sport plans on 26th February at the opening of its new state of the art Nismo headquarters in Yokohama, Japan."