Hungry for even more Focus RS geekery? Here's the inside line from programme manager Tyrone Johnson

he and his team have just created, they wouldn't appear to keep him awake at night. PR-briefed senior engineers are typically reluctant to discuss alternatives in the market but Johnson's 'bring it on' confidence in his product is infectious and refreshing. 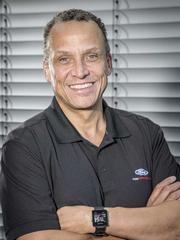 He's confident of his product, that's for sure!

There are some seriously talented cars facing the RS though. Surely stuff like the new

must be a concern? "Understeers," he says, grinning. OK. What about the all-wheel drive stuff like the

"The AMG engine is good, so is the RS3's," he concedes, admitting he hasn't yet tried the updated 381hp A45. Of the current rivals only the SEAT Leon Cupra gets even a flicker of acknowledgement, Johnson saying its price, pace and VAQ 'diff' put it on the radar. Even if the inherent limitations of being front-driven mean, yes, it understeers. So what did inspire them? "We were looking at the Subaru and Evo as our objectives when we set out but we stopped. Boring! The only one we all came back to was the Escort RS, which is unusual - typically it's a modern car we benchmark."

Born in Germany but educated in the US and a Ford man of 31 years standing (including spells in F1 and WRC), Johnson would appear to be the embodiment of the global values the new RS stands for. This is, after all, a classically European performance car that needs to win over Americans. What better background could you ask for than a man who over the years has owned both classic Mustangs and Opel Mantas?

Key to the Focus succeeding as a global product was going all-wheel drive. "When we started it was going to be front-wheel drive," he admits, "but I said it has to be all-wheel drive. And the right kind of all-wheel drive." Having tested and rejected Haldex type systems for only being able to manage torque front to back the search was on for something different. The GKN Twinster based Rear Drive Unit is off the shelf hardware used by Land Rover among others but the calibration is all Ford's. "Early on we actually had one out of an Evoque in a development car," says Johnson. "We broke it." GKN modified the system for the demands the Focus would place on it and Tyrone had his all-wheel drive hardware. 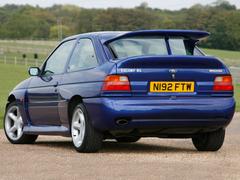 "One of the things people ask all the time is how much torque to the back of the wheels," he says. "The 70 per cent we discuss is a product of the development; the system works constantly to try and understand what is the driver doing, what is the car doing and constantly adjusts the drive system. We've seen peaks of over 90 per cent but we claim 70 per cent as an average as what comes out after our calibration. Of that we can send up to 100 per cent to one side."

The demands of the RS project were considerable but Johnson seems energised by the team he heads. "I've got some real crazies working for me," he laughs. "If you ever come to Lommel [Ford's Belgian development centre] just ask about Rambo..." This, it seems, is a flatbed Transit with 400hp going to its unladen rear wheels. It is, by all accounts, an even bigger handful than that sounds. And the kind of out of hours creativity Johnson says needs to be nurtured - and managed - into the production cars the team work on.

One of the big challenges for the RS is that it's built on the same Saarlouis production line in Germany as all other Focus models. No special favours, no dedicated assembly facility for fitting bespoke components. And no flared arches or wider track. It's all got to fit down the line like any other Focus.

Within those constraints the RS gets significant structural reinforcements, including 'lion's foot' brackets stiffening up the rear suspension turrets, foam-filled sills and a beefed up rear subframe. Locally stiffness is increased by as much as 200 per cent; overall it's 24 per cent stiffer than a standard Focus. Cross compatibility does offer advantages though - the best steering mechanism for the car turned out to be that from the C-Max. So in it goes, connected to a linear rack with two weightings according to the mode selected and calibrated with experience gained on Fiesta and Focus ST. 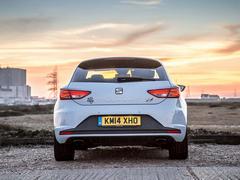 Leon's combination of value and pace stood out

To offer the range of ability Johnson wanted out of the RS two-mode dampers were considered essential. Continuously variable damping was rejected for its narrow range; the Tenneco items fitted are 40 per cent firmer in the Sport setting than they are in Normal. "Sport should be unbearable on the road," he shrugs. "I know some people who do use it but for me it's for smooth tracks only. By the same token if you drove it in Normal on a smooth track it would feel too soft." A Ferrari-style damper decoupling switch is provided on the column stalk if you want to go Sport on everything but keep the standard damping. For the Nurburgring the default Normal setting is preferred. Lap times are not being discussed but he does reveal the Cup 2 tyre option (a dealer accessory in the UK) is worth 10-12 seconds on a lap of the Nordschleife.

Was a dual-clutch transmission ever considered? If it was Johnson is clear for why he didn't want it. "DCT advantages include faster acceleration but disadvantages would be weight," he says. "Weight on the front end means understeer. I don't want understeer." If you've read the review on the RS you'll know where he stands on that.

Aero was important too. "The objectives were zero lift front and rear, not easy to achieve on a road car but we achieved it," he says. He's proud every styling feature on the car is functional too, from the brake cooling ducts at the front to the diffuser at the back - it's all there for a reason. Even the grille is more free-flowing than the ST's to promote cooling. 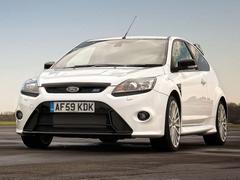 Although derived from the 2.3-litre Ecoboost engine (also featured on the

) the RS's motor is significantly altered. It began life as

and shares same architecture," explains Johnson, "but we had to reengineer it in terms of power and torque and ease of driving; durability had to be enhanced, sound is very important." To that end the exhaust route is near-straight to reduce back pressure - there's no central silencer either. Pity about the synthesised drone over the speakers though. Still, it does the numbers and gets a unique twin-scroll turbo, high-flow intake, dedicated oil cooler and different alloy for the cylinder head among the changes.

"We were able to achieve all our power objectives we also have the overboost function," explains Johnson. "Effectively you have 347lb ft all the time - when are you ever on full throttle for more than 15 seconds? - but homologation numbers require steady state so we're not allowed to advertise that."

This is all pretty geeky stuff, admittedly, but reveals something of the challenge involved in achieving the considerable performance objectives within the constraints of a regular production line and aimed at a very punchy price point. For all the talk of mucking about with 400hp Transits on the Lommel test track Johnson's job is one demanding pragmatism and discipline. We'll permit him a little satisfaction at the smackdown it delivers to its rivals as a result.

EV conversions for Morgan and Triumph