Petition launched to reclaim the forgotten victims of the scrappage scheme

A few years ago, the Government released a

that had been scrapped through its brutal 2009 scrappage scheme. They included a shocking 32 Peugeot 205 GTIs, no fewer than 14 Audi UR Quattros, and a handful of Porsche 928s.

It's since emerged a large number of these cars are still languishing at an old airfield in Bedfordshire. Before we get excited about the ins and outs of whether we can arrange a PH meet to rescue some of this precious old metal, it's worth reminding ourselves of the rules of the original scrappage scheme. 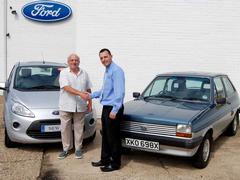 See, it wasn't all Hyundais and Kias...

Anyone who had owned a car of 10 years old or more for at least 12 months could trade it in at a dealer for a new car, and save £2,000. Half of that came from the Government, half was a contribution from the dealer. But, here's the clincher - all cars had to be scrapped. No, an enthusiastic salesman simply wasn't allowed to step in and save a car from the crusher.

After almost 12 months, nearly 400,000 old cars were traded in under the scheme. It was a monumental success in the eyes of the Government - UK roads were rid of hundreds of thousands of old bangers, exchanged for new superminis from Korea (other suppliers were available) with their low emissions and decent safety ratings.

So why are we yet again looking back at this dark period for fans of Shed motoring? Well, a brave urban explorer type has visited the airfield in question and grabbed some images, hosted here on Facebook. 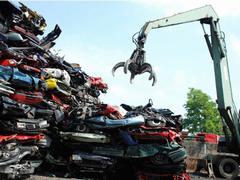 Are the abandoned cars worth saving?

In the shots, behind rows of classic Minis and Volkswagen Beetles, are such gems as a Lotus Excel, rows of Porsche 924s and even a Reliant Scimitar SS1. We can also spy a second-generation RX-7 as well as a Toyota Sera and Mk5 Escort RS2000.

If, like us, you're looking at the pics and wondering whether something can be done to rescue the rusting relics, don't fear - someone has set up a petition. With the might of PH behind it could we work some political point scoring to our advantage and convince Tory Transport Secretary Patrick McLoughlin to undo the work of his Labour predecessors? Are they even worth saving, or are rows of ancient old cars left unused for seven years best left as they are?