It's the drivers, not the cars say investigators 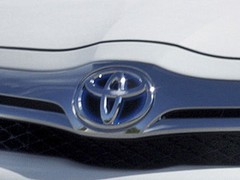 Proof that the culture of blame in which the US is steeped has gone too far: the US Department of Transportation has revealed that the majority of crashes involving the infamous runaway Toyotas were down to driver error.

The Wall Street Journal reports that the data recorders from dozens of Toyotas and Lexuses involved in crashes apparently caused by 'sudden acceleration' show that the throttles were actually wide open and the brakes not applied at the time of the accidents.

The implication of the early findings of the National Highway Traffic Safety Administration (NHTSA) is that some drivers who claimed their cars surged forward actually hit the accelerator rather than the brakes.

The NHTSA's independent findings tally with Toyota's own view that the incidents were not caused by electronic throttle glitches - even though more than 100 people have sued the car maker, claiming just that.

Overall, the NHTSA has received more than 3000 complaints of 'runaway' Toyotas and Lexuses, including 75 fatal incidents. Only one of these fatal crashes has been attributed to a mechanical glitch - that was traced to a floor mat that forced the accelerator to remain depressed.

Toyota has admitted that there are problems with floor mats catching on accelerator pedals, and throttles that are slow to return to idle, and has recalled more than eight million vehicles worldwide since March to rectify any potential problems.

Toyota remains adamant that there are no defects in its by-wire throttle systems, a claim that has - so far - been borne out by the NHTSA's associate administrator for enforcement, Daniel Smith. "In spite of our investigations, we have not actually been able yet to find a defect in electronic throttle-control systems," Smith told a panel of the National Academy of Sciences last month. "We're bound and determined that if it exists, we're going to find it. But as yet we haven't found it."

The Toyota acceleration saga isn't pulling to a halt just yet, but the moral of the story seems to be this: if you want to stop, it's best not to hit the right-hand pedal...