With 1,250hp this Shropshire lad's certainly no slouch 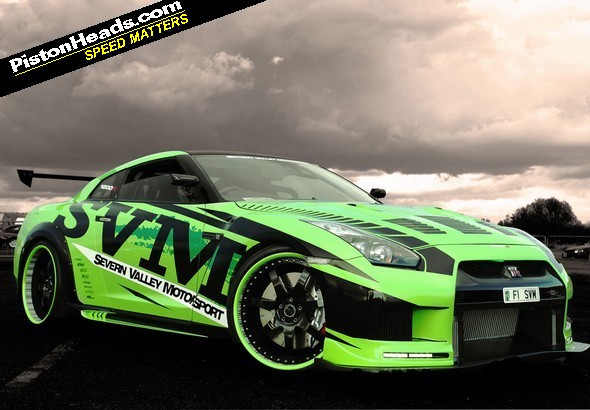 If somebody asked you where the world's fastest Nissan GT-R came from, you would probably suggest some deeply deranged tuning works in Japan, or possibly a Californian custom shop. You would not think that the Shropshire town of Telford would be in the running.

Yet this is where 'Hulk', the creation of Severn Valley Motorsport, hails from. And last weekend it topped 218mph at RAF Marham, with Racelogic Vbox data and this onboardvideo to prove it, making it the fastest GT-R in the world (in terms of top speed at least). 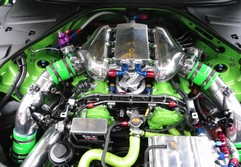 That's pretty impressive in itself, but when you consider that a) this was the car's first outing and b) the weather wasn't exactly dry, it's a serious achievement.

To manage this, 'Hulk' has been modified over the past year to the extent that it now produces in excess of 1,250hp. But it's still road legal, and still runs ordinary road tyres.

That conventional rubber and the wet weather might have had something to do with the fact that, as the Severn Valley chaps tell it, the wheels were spinning all the way up to fourth gear. Despite this, the GT-R recorded a 110-130mph time of 1.47 seconds, which beats the time set by a Bugatti Veyron Super Sport by almost half a second over the same increment.

The Severn Valley guys say they're now after another run, this time in the dry. Should be interesting.

Severn Valley Motorsport, we salute you. We even forgive that lairy paint scheme - it is a promotional tool, after all...