We drive the all-new Esprit 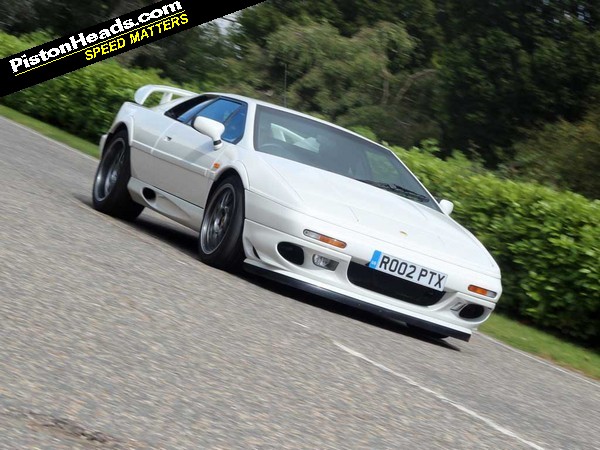 This then is the all-new Lotus Esprit that Danny built. No, not 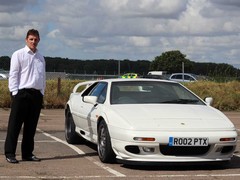 Lotus man Danny and the Esprit he rebuilt

Bahar then used the car as one of his runarounds, the Esprit now, like him, a disposable asset and about to be offered to the Lotus dealer network before going on sale publicly at a price to be confirmed – now’s the time to express your interest if it tickles your fancy. A fascinating car then, and one with some considerable emotional baggage given its many associations with where Lotus finds itself now. The metaphors are many and not especially palatable.

Lotus’s loss could be your gain though and the opportunity to own a better than new Esprit V8 will shortly be yours. Golubovic, like many of his colleagues, will be sorry to see it go. But how did the car come about? 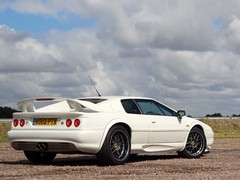 “I was asked to find an Esprit in the dealer network and I found this one at Westover in Poole,” he recalls. “They’d had this car back a few times on trade-ins and the dealer principle knew it was a quality car. It has 36,000 miles on the clock but it’s now a brand-new car pretty much.”

So what did he do to it? “Well, it’s been completely stripped out, repainted – it was red originally – had a new interior, new suspension components, everything really,” says Danny. “The interior is bespoke because there was never an Alcantara dash at the time and the stitching is all different and you could never have bought one like this so it’s a one-off.” Mechanical changes are limited to adjustable height Bilstein dampers and a recalibration to the ECU that enables full boost in second gear as well as third, fourth and fifth – other than that it’s as stock. 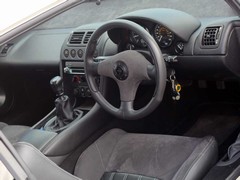 Alcantara trimmings are a modern touch

Sounds like he really put his heart into it then. “And a bit of my finger,” he laughs, showing the scar and recounting a trip to casualty for some stitches after the Esprit’s restoration bit back.

A quick test drive round the Hethel test track reveals a car, just as promised, that looks, feels and smells like brand new though it’s in fact a decade old. Danny’s work really is top notch, the stitching all immaculate, the Alcantara tactile, smooth and beautifully finished and the look and feel all very dramatic. As is the driving experience, which is raw, physical and somewhat at odds with the luxurious feel of the cabin. The guttural flat-plane bark and whooshing turbos aren’t the last word in aural sophistication and the snappy triple-plate clutch, notchy gearchange and stiff throttle all make smooth driving a real challenge. This is a proper old-school supercar, 350hp not startling by modern standards but it feels properly quick and and pulse racingly exciting. 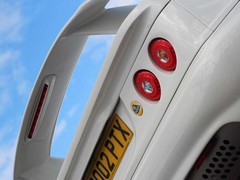 It's as immaculate as any Esprit ever made

Creaks, squeaks and rattles are notable by their absence and the purity of the experience, albeit on just a couple of laps of the test track, underlines just how special a car this Esprit is. Perhaps the best example that ever left Hethel? Discuss...

Is it tainted by its associations with Bahar and all it represents though? That’s a tough one to answer but for the opportunity to own the only new Esprit Lotus stands a chance of building for some time yet, if at all, it would seem an opportunity too good to miss. After all, it should be about the cars, not the politics. Viewed as such this Esprit is a bittersweet tribute.