Remember that time Aston Martin told customers it's what's on the inside that counts?

- is enough to tell most people all they need to know about it. But while others decry the Cygnet as an ugly duckling, let us consider whether or not it matured into a magnificent swan... 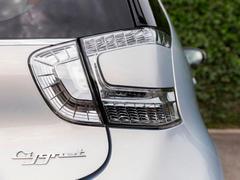 To do so we first have to address the elephant in the room, namely the Cygnet's parentage. Yes, the body, chassis, suspension, engine and transmission are all pulled directly from the

, a car you can purchase for almost one fifth of the price. But this alone shouldn't disqualify it from Spotted status. The Toyota's mechanicals are as good a place to start as any, and

are based on much

The Cygnet may not boast a widebody kit - though it undoubtedly looks much smarter than the iQ - or have an extra few hundred horsepower, but that's not what it's about. Where this Aston's performance lies is in coddling its occupants in the manner to which they are likely accustomed, whilst providing an urban practicality and frugality with which they are unlikely to be so familiar. 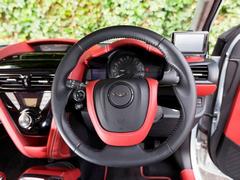 At the time of it's launch, Dr Ulrich Bez explained that, "each will be a true representation of Aston Martin's trademark style and painstaking craftsmanship. And more than 100 man hours will go into each of them." To that end, the interior is wrapped in handbag-quality leather and Alcantara; the touch points, such as the polished alloy gear-gate and shift lever, are all up to Aston standard; and there are improved instrument graphics too. Outside, you'll find an aluminium grille created by the same supplier that made the One-77's and alloy wheels, again Aston's own design.

As far as city cars go then, the criteria they're measured by and what's required of them, the Cygnet is as much of a step up over its rivals as any other Aston Martin. And it's equally as head-turning, too. You may think that sounds ridiculous, but it's true. Fewer than 150 were sold, so it's as rare as an Aston should be, and the superior lustre of the paint, the handsome facelift and the Aston Martin badge on the bonnet stop many a passer by in their tracks to take a another look. "It can't be, can it?" 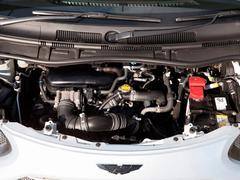 Cheaper to fuel than a V12 at least

If none of the above comes close to justifying the price tag, it's because this was never a car for you or me. It was a third or fourth or fifth car for people who already owned several others, and wanted something more practical for their city pad; something that cost roughly the same as their watch. Turned out it wasn't a car for them either though, the Cygnet ending up as something of a lame duck.

So who's it for then? Well, around five years ago you could pick one up with under 10,000 miles on the odometer for around £15,000. The example we have here has a similar mileage for more than double the price, so it seems the Cygnet is appreciating just like any other rare Aston Martin.

They'll likely find their way into the collections of investors and diehard enthusiasts then. Having failed to fulfill their purpose as a practical every day Aston, they'll find a second lease of life as curio car investments for display purposes only. But even still, you do see one knocking about on the streets of London or Paris from time to time, and it's always makes you stop to take a second glance. What could be more Aston Martin than that?