Used to grainy spy shots from the Nordschleife? Not when they're Bugatti spy shots! 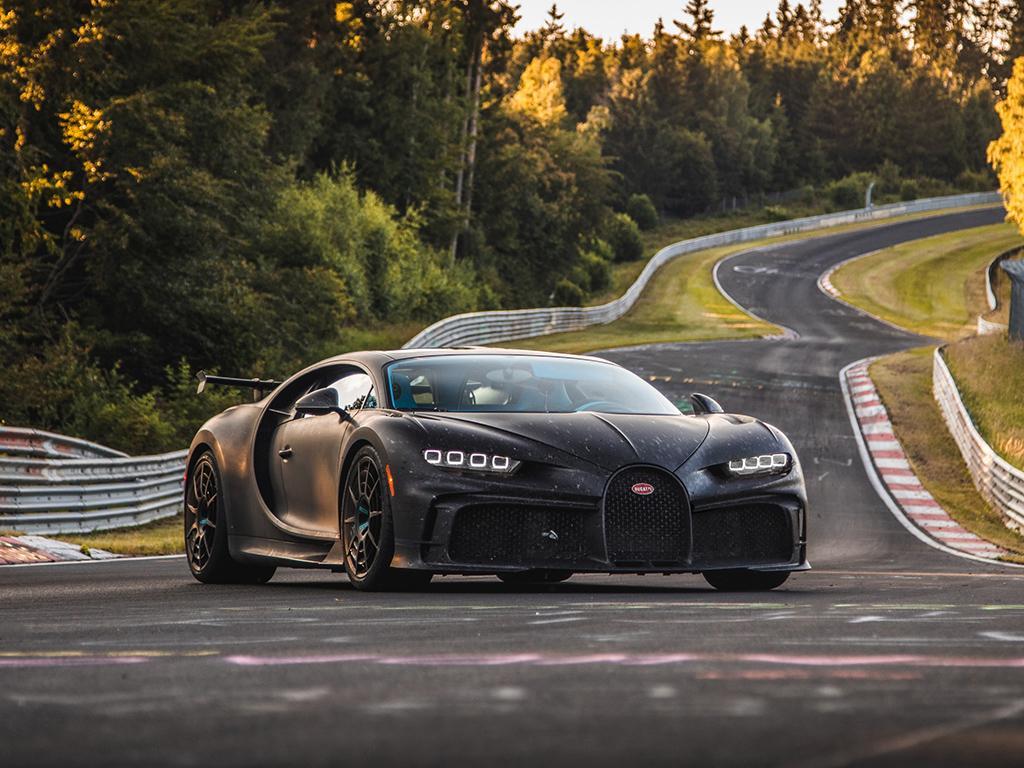 In a very bizarre Geneva motor show period, it could have been easy to miss (or, indeed, dismiss) the Bugatti Chiron Pur Sport. Even on a normal year it might not have received that much attention, looking for all the world like another limited-edition derivative of the world's most powerful combustion-engined car.

But the Pur Sport is more than that; while a link to Bugatti's hill climbing past might seem a tad disingenuous, the modifications are very interesting. Magnesium wheels sit on Michelin Cup 2 R tyres, for starters, saving 16kg in unsprung mass and signifying intent - Cup 2 Rs are about as soft and sticky as road legal tyres get. Bugatti even went to the effort of fitting shorter gear ratios, dialling in more negative camber and switching the active rear spoiler for a fixed one. It's the stripped out, track special, Bugatti style.

And where do you take your circuit warrior? The Nordschleife, of course, so that's what Bugatti has done. It's odd thinking of the Chiron at the world's most (in)famous track, like royalty on a Park Run, but actually it looks right at home. Imagine one of these pulling up to the next barrier along on a Touristenfahrten. Really, the news from the circuit is not enormous - Bugatti is testing "the final set-up for the suspension and handling" - but the pictures look so good that it's hard not to lavish it with some attention. It's not every day you see a Chiron on the Nurburgring, after all...

Predictably, Bugatti is thus far "really satisfied with the results of our work". Head of chassis development Jachin Schwalbe has said of his task with the Pur Sport: "The vehicle has to be extremely precise and predictable, but also easy to drive in the usual Bugatti manner - whether on tracks or public roads". Which is probably a lot simpler to say than it is to achieve; hopefully one or two of the 60 customers might put Schwalbe's claim to the test on a private track day or two. Production of the €3m Pur Sport is set to begin soon.