Home/Features/Features/F1 driver training... in an Astra

F1 driver training... in an Astra

F1's secret coach shares some of his unusual training techniques 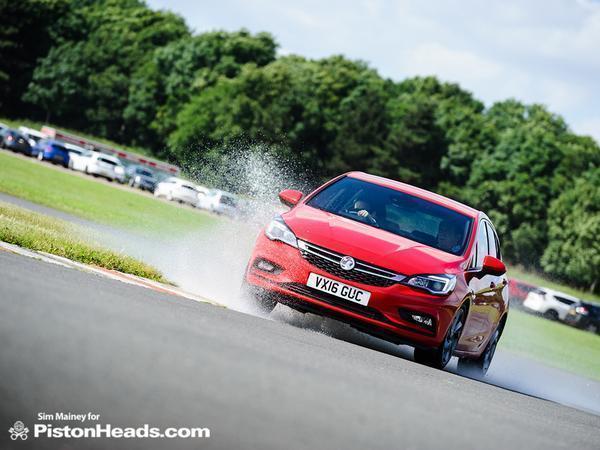 A 1.6 diesel Astra and a few cones scattered around an old airfield sound about as far away from the glitz and glamour of F1 as it's possible to get. But using this humble combination driving coach Rob Wilson has slashed chunks out of the lap times of a sizeable proportion of the current F1 grid. Previous alumni of the training I'm about to receive include Kimi Raikkonen, Valtteri Bottas, Nico Hulkenberg, plus star engineers like Adrian Newey and Paddy Lowe. And these are the ones Rob can tell me about.

For all the millions spent on development it's rather refreshing to know what applies to rookie track day heroes also goes for F1 superstars. Namely, you can buy speed with more power and go-faster bits. You can obsess over tyre pressures and suspension set-up. You can dress the part in shiny disco racing slippers and an expensive custom painted lid. But, ultimately, if you want to go faster the one component that can really benefit from investment - and the one so many overlook - is the driver.

Clearly I'm no F1 star. But Rob's philosophy translates across a broad spectrum of ability. And I've been promised his occasionally unconventional methods can slash seconds out of my lap times. Suitably intrigued I meet him - and a factory fresh Astra 1.6 CDTI with just 160 miles on the clock - at his favoured training ground of Bruntingthorpe. The venue is many things. But for those accustomed to the prestige of top level motorsport it must be defiantly, disarmingly unglamorous. Put it this way, I'm struggling picturing Kimi sitting where I'm sitting right now. 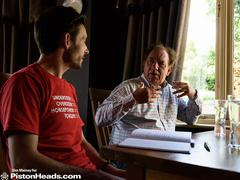 Rob himself is pleasingly old-school. He wears the experience of a life in motorsport (and music, his country rock band the other love of his life), talks with a warm Kiwi burr and wastes no opportunity whatsoever to spark up another fag and draw it down to the butt, seemingly mid-sentence. There's steel in his gaze to cut through the cockiest racing driver ego though; he's seen it all and you get the impression his choice of prosaic location and car is as much about cutting through the crap as it is convenience.

For the first hour and a bit we don't even go near the car, Rob probing for my level of experience and outlining the principles of his training technique. It's been described to me as 'unusual' and 'unconventional' but, when he lays it out, seems entirely logical.

The basic premise being the traditional circuit driving mantra of smooth lines, opening the corners and taking the path of least resistance is simply outdated. Drivers have changed too. Rob points out an entire generation are now racing who don't even know how to heel and toe. Why should they, given all the cars they race use sequentials? Well, if you don't understand the sensation - or impact - of even the slightest hint of transmission drag on a downshift, how can you report it back to the engineers? It's a simple example but, with an awareness of that, drivers and engineers can work on improved gearshift maps and gain a length here or a length there. He won't name names but exactly this has been applied with at least one leading F1 team. 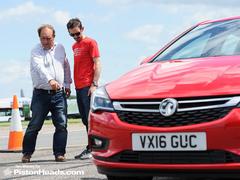 And that's how it works these days. Where acceleration and braking zones once stretched for significant proportions of the track modern cars and circuit designs now compress these transitions into tiny distances. A metre here, a tenth there - cumulatively these are the margins that decide races and have to be found to turn drivers into winners.

Rob keeps returning to two key principles - 'short corners', and keeping weight evenly distributed across all four wheels, or 'flat car' as he puts it. Basically load and slip angle on tyres are to be minimised, the theory being these slow the car down and increase wear, tyre preservation a key skill for the modern racing driver. He points out that back in the day cars had to be driven beyond the limit of the tyres; that was the only way you could get them to turn in and lack of grip meant there was little sacrifice in speed when the car was sliding. Obviously it looked way cool too.

But modern tyres are too grippy. Drive up to the limit and you simply lose speed; the goal is to minimise the time you have slip angle in the tyre and maximise straight-line acceleration. Better to throw more steering in, sharpen the angle and suffer a burst of energy through the tyre than steadily load it up with a more traditional sweeping line. He uses a neat analogy - you could slap your hand on a gas ring at full power and not burn yourself. But if you held it there over a much smaller flame for a number of seconds you'd end up barbecuing your palm.

Applied to tyres a short, sharp shock is therefore preferable in terms of grip preservation than a seemingly more 'gentle' technique of lower load over a longer period. 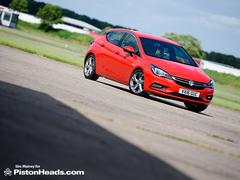 As such he says 'natural' drivers are therefore harder to coach than those with a more procedural approach. The instinct to hold a car on the very limit of adhesion may have a degree of artistry and works on flowing old-school circuits or in the wet - think Jenson Button. But the modern racing car and the tracks they compete on demand a more brutal technique. As Rob has it, there are lots of people who drive racing cars. But a much smaller number who can count themselves as real racing drivers.

Begging the question, what the hell can a diesel Astra teach an amateur like me?

Finally we head out, Rob opening the door to place the cones on his painted marks to create the course, such as it is. He then passes me his battered Nokia 6310i and asks me to time his lap. His 'track' basically takes in the top end of Bruntingthorpe, with a tight hairpin off the taxiway onto a section of apron, a fast weave between two cones on the main runway and then a 'chicane' modelled on the tight one at the end of Suzuka. He logs a 1min 53.2sec and then it's my turn.

I record a 59.9, Rob satisfied he has something to work with. Then we get down to it.

Although Rob's inputs appear quite savage his briefing reveals an obsession with weight transfer and desire to, as he puts it, "build a warning system for the car into every move you make." So before you commit to the turn the car should know which way you're going to go, as a sidecar passenger might move into position to shift the weight before the corner. Indeed, he's working on a way of quantifying what he calls a 'magic rate' for weight transfer. 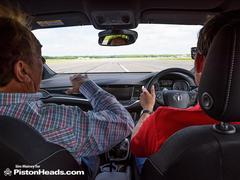 Rapid fire instructions come thick and fast. "Off the brakes ... flat car ... 10 per cent throttle ... more steering ... flat car ... power..." and so on. I'm too cautious, rolling off the throttle early and coasting up to the braking point, too conscious of being smooth and not committed enough on the throttle. Still, I'm quickly down to a 57.8, followed by a 56.6 and then a 54.8. Yes, those kind of margins on each lap. Learning the car and circuit help of course, as do Rob's relentless shouts of "Short corner! Flat car! Power!"

Throwing more lock in mid-corner seems counter to everything I've ever been taught but helps speed up the rotation back to 'flat car' and maximum acceleration from a slightly diagonal exit, most noticeable into the slightly off-camber right-hander onto Bruntingthorpe's 'flight line'.

With a flat left to follow my instinct is to get over to the right as quickly as possible, extending the corner to take me all the way over to the other side of the track. Wrong! I should be keeping the car tight to the left for as long as possible to minimise tyre scrub and maximise acceleration, switching sides further up the straight than seems sensible. A similar technique out of Monza's second chicane and before the entry to the Parabolica apparently earned Brundle's scorn from the commentary box but gained Wilson alumni vital lengths up the straight. And as he puts it, you don't win these days by out-driving your opponents as once you might. You win by being first to the finish line. Not necessarily the same skill.

By the time I reach 53.6 Rob reckons he needs to up the stakes and sets a 51.3. At this point I start going backwards, recording a couple of 53.8s as concentration lapses. Not unusual says Rob. I knuckle down and attempt to get my timing of the flat car in the chicane transition working in my favour; it's a blink of an eye but gives the tyre just enough notice to cope with the rapid direction change. Bravery helps and I'm holding the throttle right up to the braking point. 52.6, nearly 7.5 seconds chopped out of my initial time in the space of perhaps a dozen laps. Rob's assessment is generous; he reckons three fifths of that is familiarity with the track and a net gain of a couple of seconds purely from technique.

Eye-opening stuff. And proof once again that, at whatever level, tightening the nut that holds the wheel is about the most effective way of making a car go faster.