It's not just the classic Ferraris that are getting expensive... 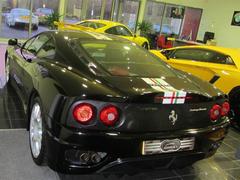 But then of course people drove the Challenge Stradale and it started to make a good deal more sense. The noise, the intensity and the handling sealed its reputation as another excellent V8 Ferrari Berlinetta.

Beyond the initial launch excitement though, the Stradale didn't hold its value like you might predict nowadays. Indeed, I have an issue of Classic & Sports Car from November 2011 where a low mileage CS was for sale at £49,995. Fifty grand!

Now you'll need more than double that to get into any Challenge Stradale, £140,000 seemingly the entry point for LHD cars. And you don't even get the stripe for that. Then at the other end of the price scale is this black car, a beautiful and very late example that's had just two owners and has covered a paltry 2,000 miles. It's also for sale at £334,990. 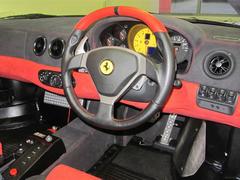 What's perhaps most surprising of all about that number is that it's not the only one. This

is £329,950. It appears the world has blinked and the Challenge Stradale has skyrocketed. That there are a few cars for sale at comfortably over £200K would suggest this is what they're selling for now. Extraordinary.

Why are they doing this? Lightweight, track focused versions of anything are doing especially well at the moment (see M3 CSLs for example) and the CS has the appeal of a naturally aspirated V8 too. As the world moves towards forced induction, the glorious old atmospheric engines will become all the more exciting.

Moreover, as Stradales head for the stratosphere, so they are pulling up regular 360 Modenas; the most affordable manual coupe on PH at present is nearly £60K. It's interesting as well to compare the CS with its Porsche contemporary.

So can a 360 Challenge Stradale really be worth £300K? It would be fascinating to know your thoughts. Is it now a bona fide classic that will stay up there? Or a victim of the current boom that will inevitably slide? Whatever your view, it's worth looking at this dealer's stocklist too; the Aventador SV and GT2 RS are particularly nice...