What better way to showcase the Defender's second lease on life than with the world's longest-lived secret agent? 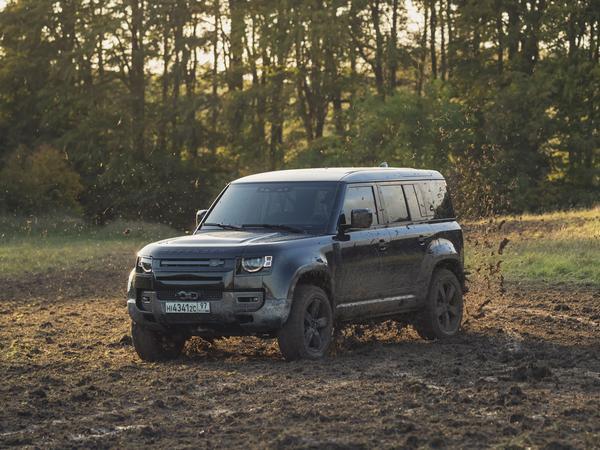 There'll only ever be one British marque which comes to mind when the name James Bond is mentioned. But in recent years JLR has made a significant bid to close the gap.

With Zao's missile- and minigun-wielding XKR a distant memory, the early years of Daniel Craig's more grounded gadgetry saw several pretty staid cameos from JLR products, including Le Chiffre's Defender 110, Mr White's XJ8 and M's chauffeur-driven XJ L. As the films have heated up, though, so have the cars. Nothing will ever be as cool as the brown convertible Range Rover seen in the opening sequences of Octopussy, but Moneypenny's Defender pickup chase at the start of Skyfall comes pretty close. Then there were the 'Big Foot' Defender and C-X75 prototype, which both took part in spectacular sequences of their own during Bond's most recent outing, 2015's Spectre.

Which brings us to his next adventure, No Time To Die, scheduled to hit cinemas on April 3rd next year and once again set to showcase JLR products in leading roles. There was only one choice when it came to centre stage, of course: the new Defender. Said to be the sturdiest Land Rover product yet, it seems the perfect mode of transport for Bond - or, given recent form, his enemies - to wreak havoc in.

With that in mind the Defender has been tested by the film's expert stunt team in what Land Rover describes as "the most extreme off-road conditions, demonstrating its unstoppable nature." Certainly Lee Morrison, James Bond Stunt Co-ordinator, seems to be impressed with it, saying: "We needed an unstoppable vehicle to help us battle against the elements, steep descents and river crossings so we chose the new Defender. I'm beyond impressed that the Defender is not only back but much, much better!"

Actions speak louder than words, though, and to prove the point JLR has released this short clip showing exactly how much punishment the new Defenders have been taking during filming - clearly this is no Chelsea tractor. With the cars involved being amongst the first to be built at their manufacturer's new plant in Slovakia, such durability ought to be reassuring for customers with their names on the pre-order list. Richard Agnew, Land Rover Global Communications Director certainly agrees, saying of the tie-in: "No Time To Die is a brilliant way to showcase the New Defender's capabilities in the latest jaw-dropping James Bond car chase."

And for those still longing for the good old days, a Series III Land Rover and Range Rover Classic are also set to feature in the upcoming blockbuster, meaning there ought to be plenty of JLR goodness to go around. Fingers crossed that the film itself - Craig's last in the role - lives up to the calibre of its automotive offering.