We've seen the EV Jaguars, now it's time for the big guns as Lunaz launches Phantom and Silver Cloud 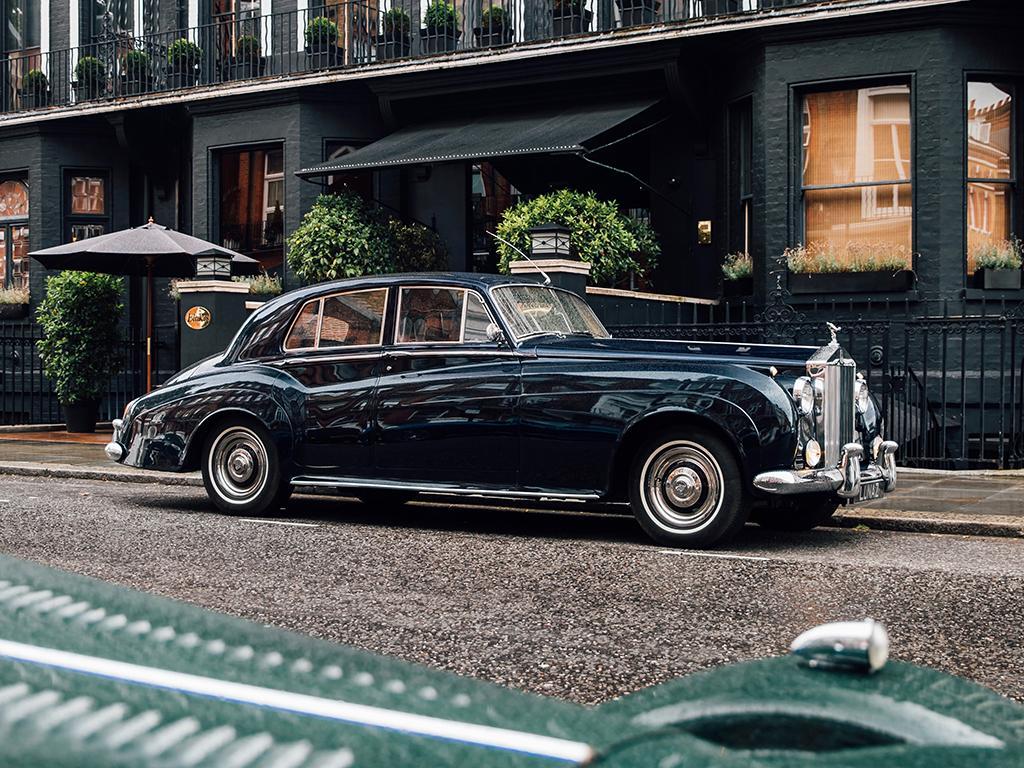 If the notion of modernising classic cars opened up a can of worms in the enthusiast community, then the practice of electrifying them - as seen with the E-Type Zero and Aston DB6 - bordered on existential crisis. Is it still a classic? Is it the right thing to do? What if it's actually quite good?

Into that arena now comes Lunaz, which you may remember recently installed a hefty battery pack into a Jaguar XK120. And enjoyed so much demand that it had to double its workforce. Now, though, comes the company's piece de resistance: its Rolls-Royces.

Lunaz will build 30 purely electric Phantoms and Silver Clouds, with production having just commenced and prices starting at £350,000 (or £500k for a Phantom). It is not clear yet whether Lunaz has the donor cars, or they are to be provided by willing customers; whatever the case, Lunaz says the "the time is right for an electric Rolls-Royce", describing its new cars as "clean-air expressions of the most beautiful and luxurious cars in history".

Lunaz's electric powertrain is proprietary, the Rolls-Royce entirely reengineered and restored to incorporate it alongside the required soft and hardware. These being Rolls-Royces, nothing quite so vulgar as performance is discussed, though an 80kWh battery for the Silver Cloud conversion and a 120kWh equivalent for the Phantom means more than 300 miles is being promised between charges. Or "significantly more than required for traditional chauffeur-driven use." The charge plug is incorporated under the old fuel filler cap, and a Lunaz Rolls-Royce can be charged domestically or using a rapid charger. No charge times have yet been released. But you can let the chauffeur worry about that.

Otherwise, these cars are meticulously restored Rolls-Royces; when the work goes so far as using alpaca wool for the rear floormats (rarer than cashmere, softer than lambswool and highly sustainable, it says here) and inviting customers to "specify dimensions for their beverage of choice", it's clearly quite thorough. That's in addition to the modern upgrades: dual zone air conditioning, split audio (so driver can listen to sat-nav instructions and you can relax in the back listening to Radio 3) and even screen mirroring, so occupants can Netflix binge all the way to the next charging station.

Lunaz says that "retaining the character of these significant cars is the priority throughout the conversion and restoration process." Therefore, all of the controls up front have been reengineered to provide the same feedback as the original despite the new powertrain, with dials also that "stay true to the spirit of the 1960s design". From the pictures released so far, the Lunaz conversions aren't going to be mistaken for anything other than a Rolls-Royce. Which is exactly the point - just don't leave that orange charge cable laying around...

Where the Phantoms and Silver Clouds won't be like a traditional Rolls-Royce, at least beyond the obvious point, is underneath, with uprated brakes, suspension and steering fitted to support the powertrain swap. They all use throttle-by-wire, too. Lunaz speaks of all upgrades being "sensitively integrated" into the classic Rolls package, and there will certainly be no excuse not to drive - or be driven - in one given the level of work that's gone into the overhaul.

We could go into detail about the cars here, but the pictures rather speak for themselves. And given that every Lunaz Rolls-Royce "perfectly marries the spirit of the original with the vision of the customer", it would be a largely redundant - you could have an EV Phantom or Silver Cloud specified any which way your heart desires. Already it's said that orders have been received from existing Lunaz customers as well as "some of the most celebrated and influential institutions in the world". Which makes some sense; it's certainly not going to become any easier to drive a combustion engined car into a city centre as the 2020s progress. But city centres aren't moving, and those with the wherewithal will still want to arrive at the Ritz or the Hotel de Paris in style - in theory, a Lunaz Rolls-Royce will offer the perfect way to do that. Or does it? There might well be a claim that a Rolls-Royce bereft of its combustion engine isn't really a Rolls-Royce at all. But we'll leave the anguish of that debate to you. Just be prepared for many similar projects to emerge in the coming years...