Both models are now testing at the 'ring so what'll it be - saloon or Touring? 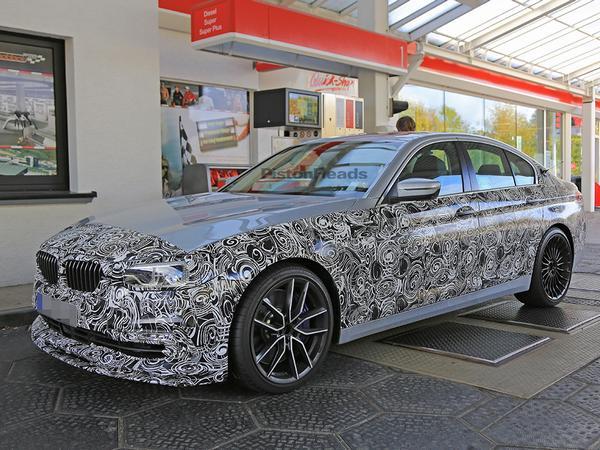 , these latest spy shots of the

can be approached with a little more knowledge and insight. Which is handy. 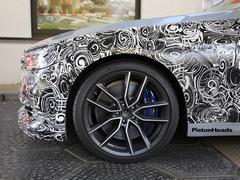 With the new construction methods of this G30 5 Series, the next Alpina models should be lighter than those they replace - very good news as the old cars were approaching two tonnes. Having seen the standard car we can have a better idea of what the B5 will look like as well; expect that mini 7 Series aesthetic to receive a mild bodykit, a few Alpina details and - fingers crossed - the traditional multispoke wheels also. Moreover, we now know that next year's M550i xDrive will have 462hp, 479lb ft and a 0-62mph time of four seconds flat, something you would expect the Alpina to improve upon. Like the M Performance car, the B5 will use BMW's 4.4-litre twin-turbo V8 engine. Inevitably comparisons will be made to the similarly configured 4.0-litre in the upcoming Mercedes-AMG E63, so it will be interesting to see what improvements have been made from that engine's use in the 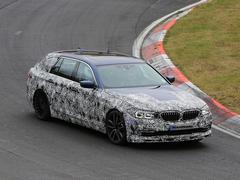 What can we tell from these new images? Predictably the Alpina seems to ride a little lower than the standard 5 Series, with larger wheels and bigger brakes hinting at the sporting potential. With 200mph on the cars being able to stop has to be a priority! Note as well the slightly more prominent front splitter.

Interestingly Autocar has suggested the Touring may not make it to the UK, which would seem an odd move given BMW is unlikely to make an M5 Touring and competitors like the Audi RS6 and Mercedes E63 are popular as wagons. Let's see.

As for availability, the Alpina derivatives tend to arrive before the M flagship. Expect to see both next year, with a Geneva debut for the B5 likely. Fingers crossed for a green with gold show car!