Home/Features/Features/PH 2016 - Our favourite cars and bikes 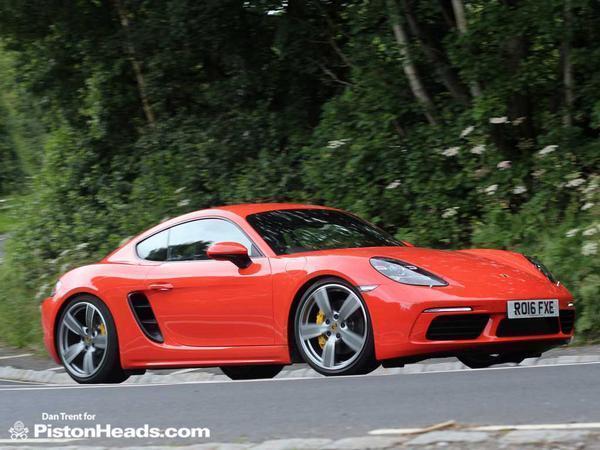 You'll be able to read elsewhere which of the cars we drove attracted the most attention from you guys. Here we make our personal choices as to the cars or bikes that most rocked our world in 2016. Share yours in the comments thread below!

Let's have it! Flak jacket on but I absolutely love the 718

. I love the fact they're so controversial and, ultimately, so misunderstood. People, this is a £50K mid-engined sports car with a 350hp engine and available with a six-speed manual driving the rear wheels through a limited-slip diff. It has possibly the best inherent balance, the best chassis, the best steering and the best control weights of any modern sports car. It's as inspiring on the daily grind as it is on

or track. And you're moaning that it sounds dull? Read up on that engine before you climb on your soapbox because this is no hatchback hand-me-down. It's brimming with technical intrigue, packs a huge mid-range punch, sings to the redline and has inertia-free throttle response we've never enjoyed before in a turbo four.

From the moment I first drove Dan's

I was blown away. It was just an epic blend of performance, drama and practicality and I immediately started making claims of it being my 'daily driver' if I won the lottery. And then I drove the latest

. Faster, more practical, better looking and (definitely) more subtle, it had the SVR covered off in every respect aside from noise. But even then it wasn't by much and it still sounds phenomenal. It then went on to show just how capable it was on track at Blyton Park up against some

. I know what I'll be buying if I win the lottery; I'll have mine in dark grey, covered in road grime and de-badged please.

It is hard to pick out a favourite bike of 2016 - there have been some excellent models but none have been really that outstanding. The

are very worthy, the

models and Triumph T100 Bonnevilles fun and fresh looking, while the Yamaha MT-10 is completely bonkers and brilliantly priced. If I had to heap praise on a group of bikes though, it would be the Triumph T120 model range. As well as being beautifully designed with a staggering amount of attention to detail, the

and Thruxton ride fantastically while the

is perfect for its target market. More importantly, however, the T120 engine is a fantastic base for Triumph to expand upon in the future with models such as the exquisitely styled

In a year of awesome new cars my personal highlight was 36 years old. While I was hugely flattered to be invited to have a drive in Aston boss Andy Palmer's personal

, fresh from a very expensive Works service, I expected it to be little more than a gentle photography trundle. Not so. Palmer - who was sitting in the passenger seat - ordered me to give his pride and joy the whole can of beans. The revelation was just how fast and lashed down the big Aston feels, even four decades on. With more than 400hp it's still properly quick and with a soundtrack that combines old-fashioned induction roar with some proper V8 fury. I love the fact this car could outgun almost all of its supercar contemporaries while having four seats and a full complement of wood and leather. Rest assured, Aston's future is in the hands of a man with his heart in the right place.

isn't the most thrilling car I've driven all year; that's probably the stripy 911 or a

. However, for combining so many appealing elements - brawny straight-six, engaging handling and pugnacious good looks - it's the car that has impressed me most. Less favourable reviews are starting to funnel in now though, so it may be an interesting car to revisit. Still, at a realistic (i.e. sub-£50K) price point, I don't think there's anything else launched this year that I'd prefer as an everyday fast car. It's mega. A CS could be something really special, too.

The Ford Focus RS has been 2016's Marmite car. People either loved it or hated it, with seemingly no middle ground. Blue Oval fans simply brushed off flaws as quirks whilst everyone else was ready to argue why any other hot hatch is better and that Drift Mode is

. It may not be the most comfortable car for a long journey (as discovered on our trip to Wales Rally GB), the steering tends to self-centre a little aggressively, the seating position (with the optional seats, granted) is too high and it doesn't always feel as quick

. However, when we drove it on another trip to Wales and had some proper roads to drive on the way to Anglesey, it provided heaps of fun and noise, with the steering coming into its own and making the drive feel immersive. Every time I drive it I accept the back ache for the grin on my face, and that is why the Focus RS is my car of the year.