The Toyota GT86 is more relevant than ever: TMIW

Funny, isn't it? There has been a lot of rage directed at Porsche for the 718 Boxster and Cayman, mainly from those who haven't actually driven them. Perception matters though and to many the 718s represent all that is wrong with modern sports cars, which is to say turbocharging, an excess of weight, over complexity of driving modes, overgearing, too much rubber on the road and a general sense of isolation from the joy of driving. 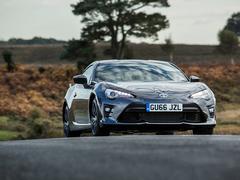 Yet all this time there's been a car on sale - two, if you count its identical in all but badge sibling - delivering on exactly the attributes these self-affirmed purists say are being eradicated from the motoring landscape. Namely, affordability; rear-wheel drive through a proper limited-slip diff; a lovely manual gearbox; a naturally-aspirated motor that thrives on revs and size and visibility that you can exploit on a British B-road. These plus skinny tyres that let you play with its cornering attitude on the throttle at speeds that won't get you into trouble.

This car is the answer to pretty much all the complaints we throw at modern performance machinery, from hot hatches to supercars. And yet is written out of the argument by virtue of 'not having enough power', and costing a bit more than turbocharged hatchbacks with more impressive 0-62 times. Mainly from those who haven't driven it. Spotting a pattern here?

(Less) power to the people
You'll have guessed from this I'm something of a GT86 advocate, the more so having driven the facelifted 2017 version you see here.

Indeed, my heart lifts on the (disappointingly rare) occasions that I see an '86 or Subaru BRZ on the road. Choosing one of these cars is a deliberate statement, one that proves the owner gets it. It also means another in the stock of used examples from which I will one day buy one. This brings me cheer. 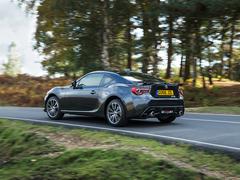 So what has Toyota done to this new GT86? Well it's not added a turbo or anything like that for starters. Nope. Engine, transmission and performance stats are all exactly the same as before. Some will see this as a crushing missed opportunity. I happen to view it as a rather amusing up yours to those who the

Because to my mind the GT86 strips away the crap from modern cars and focuses on the important stuff. So it doesn't have a bunch of driver modes, damper settings or other distractions. What you get out of the car is merely as good as what you put in. So if you can't rev-match you'll get jerky gearshifts and rear-wheel lock-ups. If you're afraid of revs you'll miss out on the engine's real sweet spot. If you can't steer smoothly it'll feel over-sensitive and twitchy. If you secretly get scared carrying speed round corners and prefer a point and squirt driving style to demonstrate your masculinity it WILL feel slow. And if 200hp isn't enough to overtake slower traffic you're simply not reading the road or planning ahead.

In the zone
Thankfully everything about the GT86 is geared towards you doing all of the above properly. It's in the detail too. The boxer engine means a low centre of gravity and a low dash for great visibility. The pillars are thin and your ability to place the car accurately helped by the shape of the front wings. The driving position is spot-on, your legs stretched out, the wheel to your chest, the gearstick's relation to it perfectly judged and the pedals positioned and weighted for easy footwork. 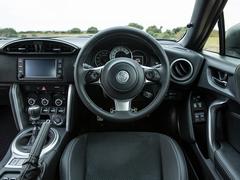 In that wonderfully Japanese way Toyota proudly boasts of a steering wheel that's 3mm narrower in diameter and shaped to turn your arms inward for what it claims is a "sportier feel". Me neither but I like the fact it's small, round and the response to it is sharp, precise and uncorrupted by nose-heavy dynamics, driveshafts or anything else. OK, it's electrically assisted but the weight is well-judged to that of the car and tweaked suspension settings emphasise the enthusiasm to dive for the apex.

Details are frustratingly sparse but the gist would seem to be slightly softer damping, less friction in the struts, a slightly stiffer rear anti-roll bar and some additional body stiffening around the suspension mounting points, rear arches, body and transmission tunnel.

Which would tally with how enthusiastically it turns it. Even just rolling it into the turn with your wrists has it changing direction in an instant. Lift or trail the brakes a tad and it's already starting a subtle rotation which you can then hold in a lovely neutral balance or play with on the throttle, the instant and uncorrupted naturally-aspirated response from the throttle pedal such a breath of fresh air in this turbocharged age.

Point and shoot
Driven at pace on dry tarmac you can provoke enough oversteer with the weight transfer to then maintain the slide on the throttle if you wish, though such antics are probably best kept for the track. Indeed, the transition from neutrality to oversteer is so clearly communicated it makes everything else feel inert and desensitised. On the road you can just enjoy the same sensation with barely visible corrections, so clean is the feedback. 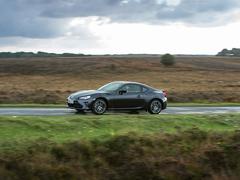 MY17 tweaks have made it better too

Toyota says the biggest change it's made to the car is in the electronics, specifically the ABS, traction and stability control based on what it's learned in its various GT86 motorsport programmes. You can progress through TC off to TC and VSC off (Toyota's branded stability control) via one button or choose the new Track mode, which puts both to a new 'minimised' background setting. All very nice, but the smoother intervention with everything in place on that wet roundabout on the way to work is more impressive. Because even motoring journalistss don't spend every journey on the lock-stops. The fact this is a 'soft limiter' rather than the rug-from-under-your-feet of before lets those new to rear-wheel drive enjoy the sensations without feeling they've had a ticking off by the black boxes.

For this and so many other reasons I think the GT86 - and similarly tweaked BRZ - are more important than ever. If you're fixated with mid-range torque, interior plastic squishiness and what the neighbours think, by all means stretch that bit further to get on the first rung of the front-wheel drive, turbocharged Audi TT ladder. Those who get it can - and should - enjoy a GT86 for all that it says about your priorities in life.

TOYOTA GT86 (MY17)
Engine: Exactly the same as before
Transmission: See above
Power (hp): And again
Torque (lb ft): Guess what...
0-62mph: Slower than a Fiesta ST
Top speed: Fast enough to get you banned
Weight: Still a bit disappointing, truth be told
MPG: Nothing to get excited about
CO2: Worse than a Prius
Price: A bit too much, if you believe what you read