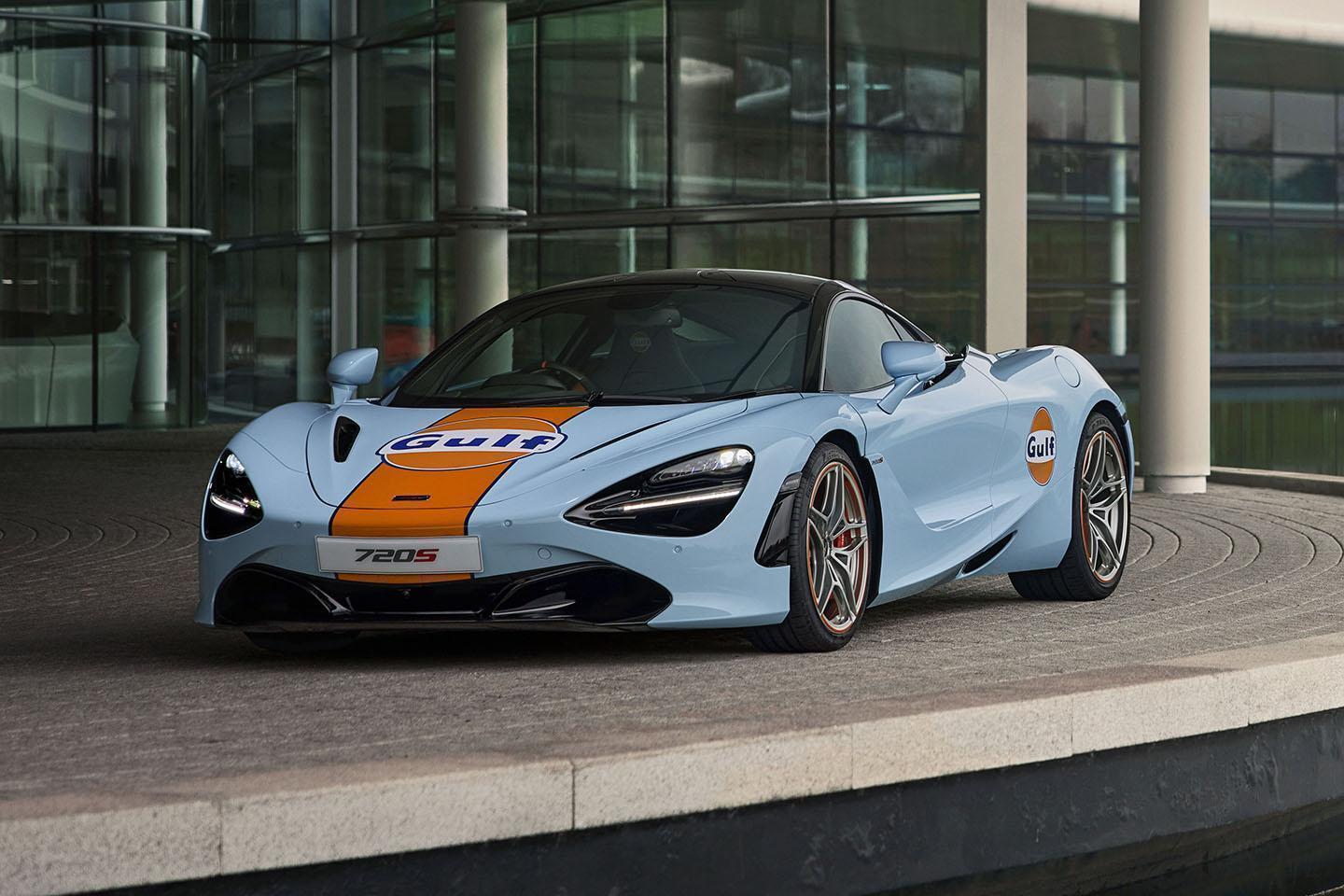 McLaren 720S buyers who want to more closely align their supercar with the firm's fantastically rich racing heritage can now request the application of Gulf colours via the firm’s Special Operations department. The hand-applied finish, which takes 20 days to complete, harks back to the McLaren’s Can-Am racers of the sixties and seventies, as well as the F1 GTR that ran the scheme while winning the 1996 BPR Global Endurance Series and the 1997 GT Class at Le Mans.

The scheme – which, we should add, is still very much part of the firm’s motorsport story today, with the F1 cars set to turn blue and orange at this year’s Monaco race – sees the famous logo applied to the nose, rear three quarters and sills of the carbon MonoCage II tub, as well as the headrests of the sports seats. There’s no mistaking the theme, then, with orange also used on the brake calipers, seat stitching and seat belts, plus a strip also on the steering wheel.

This being an MSO job, the paintwork, sourced from McLaren Automotive partner AkzoNobel’s palette, is hand applied on every panel. That drastically contrasts the stuck-on decals of the racers to wear the same theme over the years (we also can’t spot any duct-tape or cable ties holding on race-damaged panels), but the look is no less authentic. Not least because the 720S remains one of the most menacing looking cars of the supercar class.

“This project is a showcase of MSO’s capabilities and echoes the recent full restoration of the McLaren F1 GTR 25R, a car raced in the 1990s,” said CEO of McLaren Automotive, Mike Flewitt. “The 720S in such an evocative livery and interior finish, created in close association with Gulf, which perfectly shows the potential for our customers to work with MSO’s skilled team to personalise their McLaren.”

Gulf and McLaren have a relationship that dates back to 1968 and is one of the most successful and recognised partnerships. We're proud to have worked closely with McLaren Special Operations to showcase the distinguished racing blue and fluro orange Gulf colourways on the 720S," added Mike Jones, Chief Executive Officer of Gulf Oil International.

By the time customer cars will have been ordered and finished, McLaren will have contested at the 2021 Monaco Grand Prix with its Gulf-liveried MCL35Ms, which means Formula 1 can be added to the list of motorsport links. The theme isn't set to be on Daniel Ricciardo and Lando Norris's racers beyond the Monte Carlo event either, so Gulf-liveried 720S - for which there is no quoted limit in production, or announced price, for that matter - will be tied specifically to the most glamourous race on the F1 calendar.