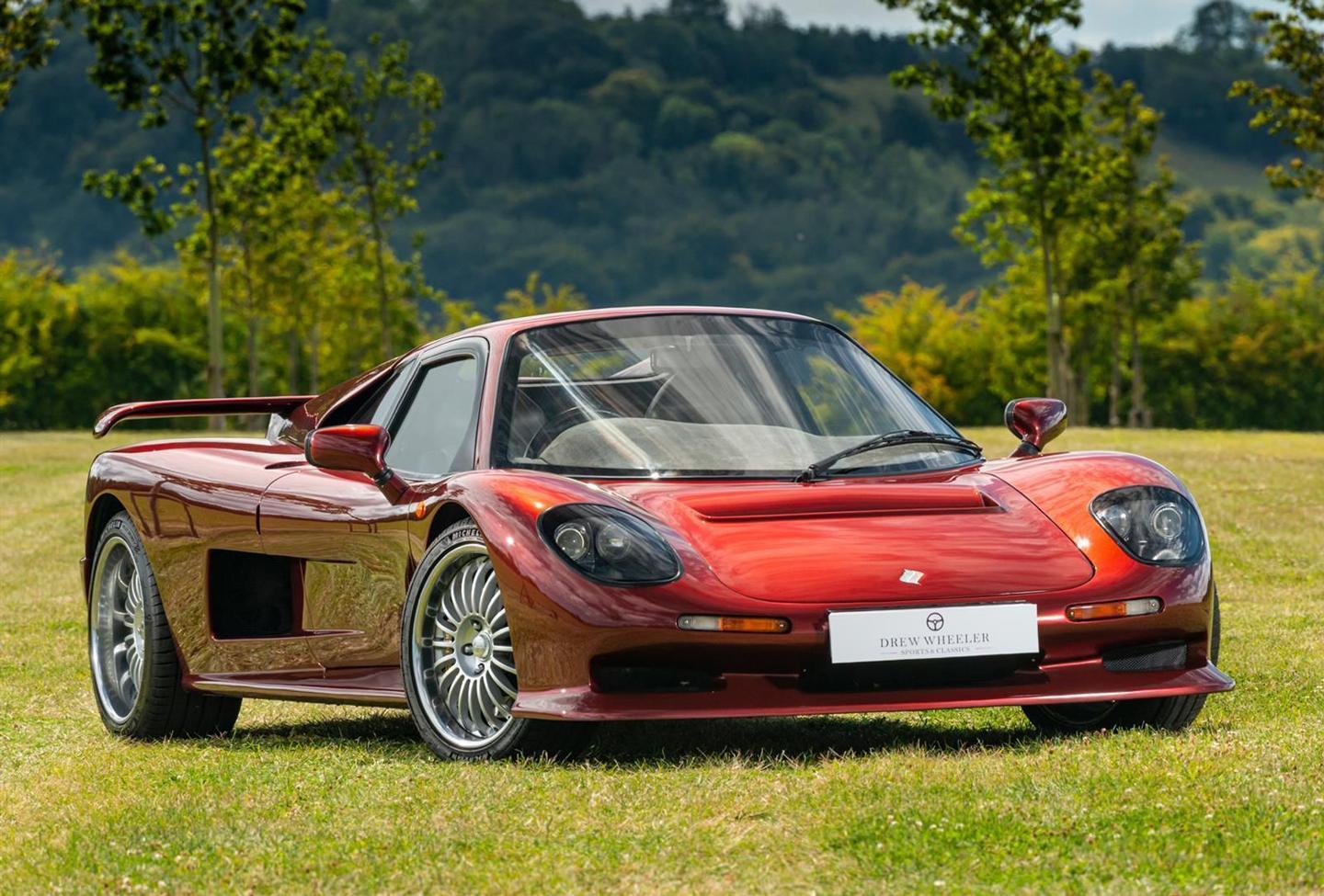 Not only is this Ascari Ecosse ultra-rare, it’s also said to be the first of its kind to go on sale as a used car. The now defunct Ascari Cars’ V8-powered and race-derived Ecosse was produced in a run of just 17 examples from 1999, with 10 of them placing the driver on the left side. This 11,000-mile-old, right-hand-drive model is therefore the rarest version of a machine that is barely a pair of numberplates and trimmed cabin away from being the thoroughbred competition car it’s based on. Better still, as a 2004 model, this is the very last Ecosse to have been made.

There’s a lot going for it, then, and that’s before we consider the exoticness of its history and construction. Ascari was launched by Dutchman Klaas Zwart, an entrepreneur and racing driver, who wanted to create his own car in which to compete on track. Zwart meant business (his firm was named after legendary Italian racer Alberto Ascari and relocated from Dorset to Banbury to better access UK-based motorsport expertise), creating the spaceframe-based and fibreglass-bodied Ecosse as a circuit thoroughbred. It was originally powered by a Chevrolet V8, as is so often the case with UK-made racers.

Ascari quickly decided to switch to BMW power, though, using a Hartge-tuned 4.4-litre V8 with 300hp. Larger capacity versions followed, upping power to over 400hp (reportedly 420hp despite what the listing says) with the largest motor – which is what powers the Ecosse advertised here. That ensured a 4.0-second 0-60mph time and 200mph top speed, in a car with a six-speed manual gearbox and rear-wheel drive. Not to shabby then. Its motorsport focus meant the kerbweight was only 1,250kg, so it was no slouch through the bends, either, with downforce generated by a skin designed by Lee Noble, no less.

The Ecosse has therefore always been a properly serious proposition, even if the subsequent KZ1 became a little more famous. Certainly the later model is actually the faster car, but the earlier Ecosse and its forward cab announces its intentions more clearly. That being said, the interior isn’t exactly stripped-back; each of the 17 cars received leather-trimmed seats and there’s a radio, should you not be fully entertained by the bassline of the mid-mounted V8 behind the two-seat interior. It’s small and lightweight, but definitely usable on the road.

The car here demonstrates that well enough with 11k on the clock, a figure that’s really rather commendable for such a rare and expensive machine. It appears predictably immaculate in the pictures, and comes with “a fully documented history, having been meticulously cared for throughout by the team responsible for creating and building the car when new”. It means that chassis number 17, in Ascari’s Deep Maroon metallic, is a wonderful piece of automotive history worthy of a museum collection. But more than that, it’s a super-rare V8-powered spaceframe supercar for £155k. Or as you might say in 2020, 'a bargain'.