Once upon a time, Hamilton was the young upstart - now he'll have one as a teammate. What happens next? 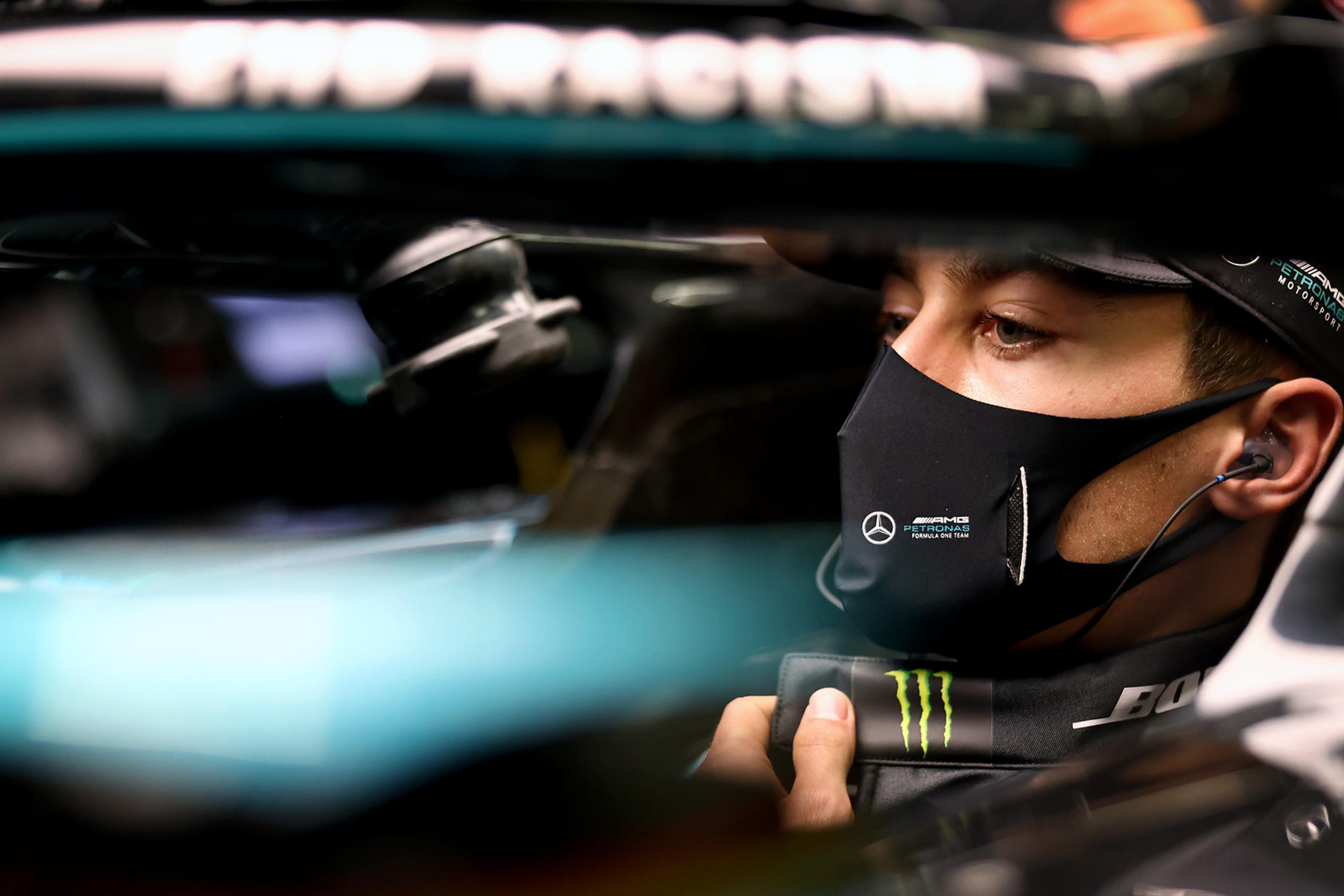 Whether Emma Raducanu wins the US Open final or not, the 18-year-old Briton's march to final last two at Flushing Meadows over the last fortnight or so has been sport at its very best. She is the first qualifier (rather than a seeded player) to reach a major final, in which she'll go up against another teenager, Canada's Leylah Fernandez. It is a fine reminder that in elite-level sport, the kids are always coming. The rise of young talent - talent that will inevitably displace older and much more experienced competitors who may have dominated their sport for years - is a force that cannot be resisted. You stand in their way at your peril.

We see it in Formula 1 all the time. And in the case of F1, the kids aren't coming - they're here already, and they're making older and supposedly wiser drivers seem rather less invincible than we may have assumed they were. At 23, Max Verstappen leads the F1 standings with just over a third of the 2021 season still to run and he may well be the man to finally break Lewis Hamilton's stranglehold on the Drivers' championship.

Elsewhere, fearsomely talented and brilliantly exciting young chargers like Charles Leclerc, Lando Norris, Carlos Sainz Jr and perhaps Esteban Ocon are showing that their generation's time has well and truly come. Leclerc made life so difficult for Sebastien Vettel at Ferrari that the four-time world champion was unceremoniously dropped by the Scuderia last year, while Norris has arguably been the standout driver of the season so far. Meanwhile, Ocon trails his illustrious two-time world champion teammate, Fernando Alonso, by just two points at the time of writing, having become a Grand Prix winner in Hungary.

It's enough to make you wonder if the more experienced drivers shouldn't simply step aside, hang up their helmets and allow the young guns to enjoy their time in the spotlight. We know Hamilton plans to stick around for two more years at least, and this week it was finally announced he'll be partnered at Mercedes-AMG not by Valtteri Bottas, the Finn he's comprehensively pummelled over the last five seasons, but by 23-year-old George Russell. I suspect we all have a view on how that particular relationship will play out over the next couple of years.

Boxing, tennis, Formula 1 and all other individual sports (yes yes, accepting that F1 could also be described as a team sport) are always better when an incumbent is defeated by a rising star. When the long-standing champion retires at the top of their game, undefeated by a young challenger, something is lost. We continue to watch, but we suspect the world's greatest practitioner isn't in the ring or on the court or behind the wheel, but at home twiddling their thumbs.

A hopeless Lewis Hamilton fan, I can't help but wish for him to win this year's title and the next two, retiring after 2023 a 10-time world champion. But I know how much better for the sport it would be if those championships were won by Verstappen, Norris and Russell, for then we would know without question that between them, they were the very finest in the world.

This is the nature of sport - young competitors forcibly displacing older champions. In fact, if Hamilton can resist the rise of the next generation and win more titles - or even if he's able to outscore Russell over the next two seasons - I'd argue that would be his finest achievement as a Formula 1 driver.

Because which other F1 champions have managed it? Juan Manuel Fangio retired from full-time competition at the height of his powers a reigning world champion, but iron-clad greats like Ayrton Senna, Michael Schumacher and Alonso were all upstaged by younger prospects. Sadly we will never know how the 1994 F1 season would have played out had that terrible day at Imola somehow gone differently, but a young Schumacher was busy stamping his authority on the championship at the time of Senna's death.

In a poetic demonstration of the reciprocity of sport, something similar would happen to Schumacher 11 years later. Then a seven-time world champion, he was ultimately defeated by a young Spanish hotshot named Alonso, who beat the German in 2005 to win the first of his two titles. Just two years later, though, Alonso was bettered by a rookie named Hamilton during their feisty year as teammates at McLaren in 2007.

Will Russell continue the sequence and beat the sport's most decorated competitor? We will have to wait and see, but should he pull off the unthinkable, it wouldn't necessarily mean Russell was the better of the two drivers, only that his time had come while Hamilton's had been and gone. It is only with the hindsight of a decade or so that any such judgement could be made.

Of course, Formula 1 is a more complicated sport than boxing or tennis in this regard because so much depends on the machinery a driver has available to them - particularly when a seasoned champion and a greenhorn drive for different teams. Is it car or driver? And even when they compete as teammates, we will never know how equitable their treatment within the team has been.

Nevertheless, we will continue to relish these inter-generational battles in F1 because they bring so much richness to the sport. If George Russell does out-race Lewis Hamilton next year, or the year after, the rewards will be no more than he deserves. But he and his supporters should never forget that out there, somewhere, there will be a prodigious young karting talent battling his or her way towards a seat in Formula 1...