And you thought it was only Land Rover celebrating old 4x4s... 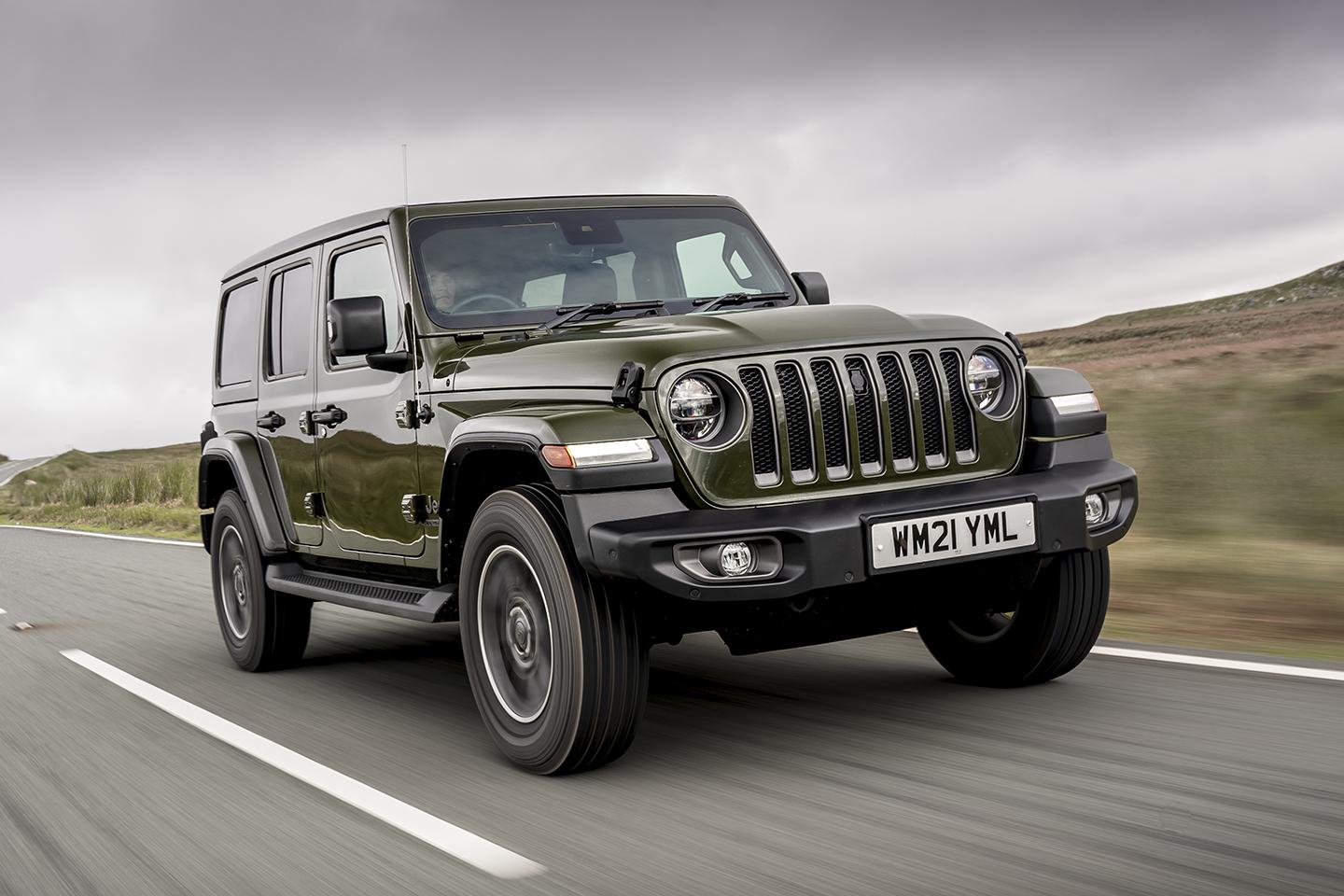 Before the Defender made its glorious return, another off-road icon attempted a similar thing - the Jeep Wrangler. Like the new Land Rover, the JL Wrangler was better on road and had a much better interior than its predecessor - while losing none of its off-road prowess or retro style. And while selling a Jeep to UK customers instead of a Land Rover might be like telling us Ethan Hunt is superior to James Bond, the current Wrangler is better than ever.

Keen to capitalise on that, and celebrate the Wrangler's enviable heritage, Jeep has created an 80th Anniversary Wrangler. It gets unique upgrades includes badges, plaques, Granite Crystal accents and contrast stitching. There's even a nine-speaker audio system with 552-watt subwoofer for Born In The USA renditions with gusto.

But the car you see here isn't an 80th Anniversary, but rather a regular Wrangler from the updated line up. For 2021, the diesel engine has been dropped, with the only UK engine option now the 272hp 2.0-litre four-cylinder turbo; revisions mean CO2 and MPG are improved, though a minimum 243g/km shows it isn't the cleanest. Additional active safety equipment is now included as well as new off-road features including a selectable tyre fill alert and Selec-Speed 'off-road cruise control'. Those really serious about off-roading can still get a Wrangler Rubicon. And buyers will be offered more colours, too: Hyrdro Blue and Snazzberry sound most interesting, though Sarge Green is on display here.

The new Wrangler is being launched in a year of 80th anniversary events for 'Jeepers', with prices kicking off at £50k for the Sahara two-door. The 80th Anniversary is £52,450 with two doors, or £54,450 with four doors. But if that seems an expensive way to mark the occasion, the classifieds are teeming with options: this 2001 4.0-litre is just £13k, and this 1999 Sahara already has a winch plus a whole host of other upgrades. Perfect for pulling SUVs out with...