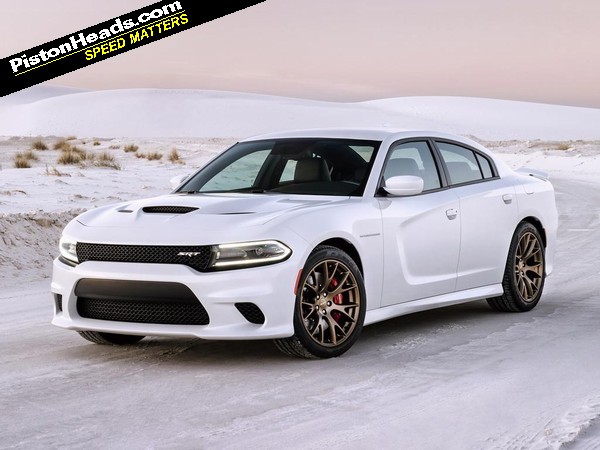 We're big fans of the

at PistonHeads. How couldn't we be? You can have it in orange, there's a red 'go really fast' key and its engine makes more power than an Lamborghini Aventador. 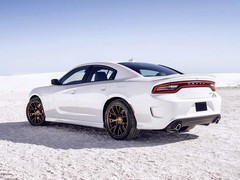 But Dodge has gone one step further and installed the obscene 707hp Hellcat 6.2 V8 HEMI into a Charger. The resulting prospect is truly insane and just so cool. Dodge says 'the world's only four-door muscle car is the quickest, fastest and most powerful sedan ever'. Here a mental Brabus or tuned M car will be mentioned but as production four-doors go we think Dodge may have it.

The stats are just crazy. It runs the quarter mile in 11 flat on Pirelli P Zero Neros. 390mm front discs contribute to a 0-100-0mph time of 13 seconds. Limited top speed? Baloney. The Hellcat does 204. Two hundred and four miles per hour. Funnily enough there isn't a 0-60mph time quoted...

As opposed to the Challenger, the Charger will only be offered with a Dodge's TorqueFlite eight-speed auto. Some will grumble but it does at last maintain the 'just an auto family saloon' facade. 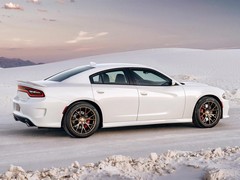 The muscle car aficionado will know however. Even if you don't have the 20-inch Slingshot alloys in 'Brass Monkey' the power bulge and scoop in the bonnet will give the game away. The rear spoiler and valance treatment is reasonably subtle actually so let's hope the the exhaust sound is appropriately threatening. There's always the Mopar catalogue if not.

There are five Drive Modes for the Charger Hellcat which alter the usual parameters of shift speed, traction control leniency and adaptive damper stiffness. Default is the start-up mode with Track, Sport and Custom above that. Eco is presumably there for when the distance to the next gas station has been misjudged. A pin-controlled 'Valet Mode' sounds like the car becomes about as much fun as family friendly Hooters. All the downsides with nothing you're really there for.

Being European we'll probably suggest the Charger's interior isn't that great. You won't want for equipment with a TFT gauge display, 8.4-inch 'Uconnect touchscreen media center', Harmon Kardon stereo, Nappa leather and so on but there's nothing to worry an M5 for style. But then it won't be the same price, or have a T-handle shifter for the proper muscle car feel. Or have seven hundred damn horsepower