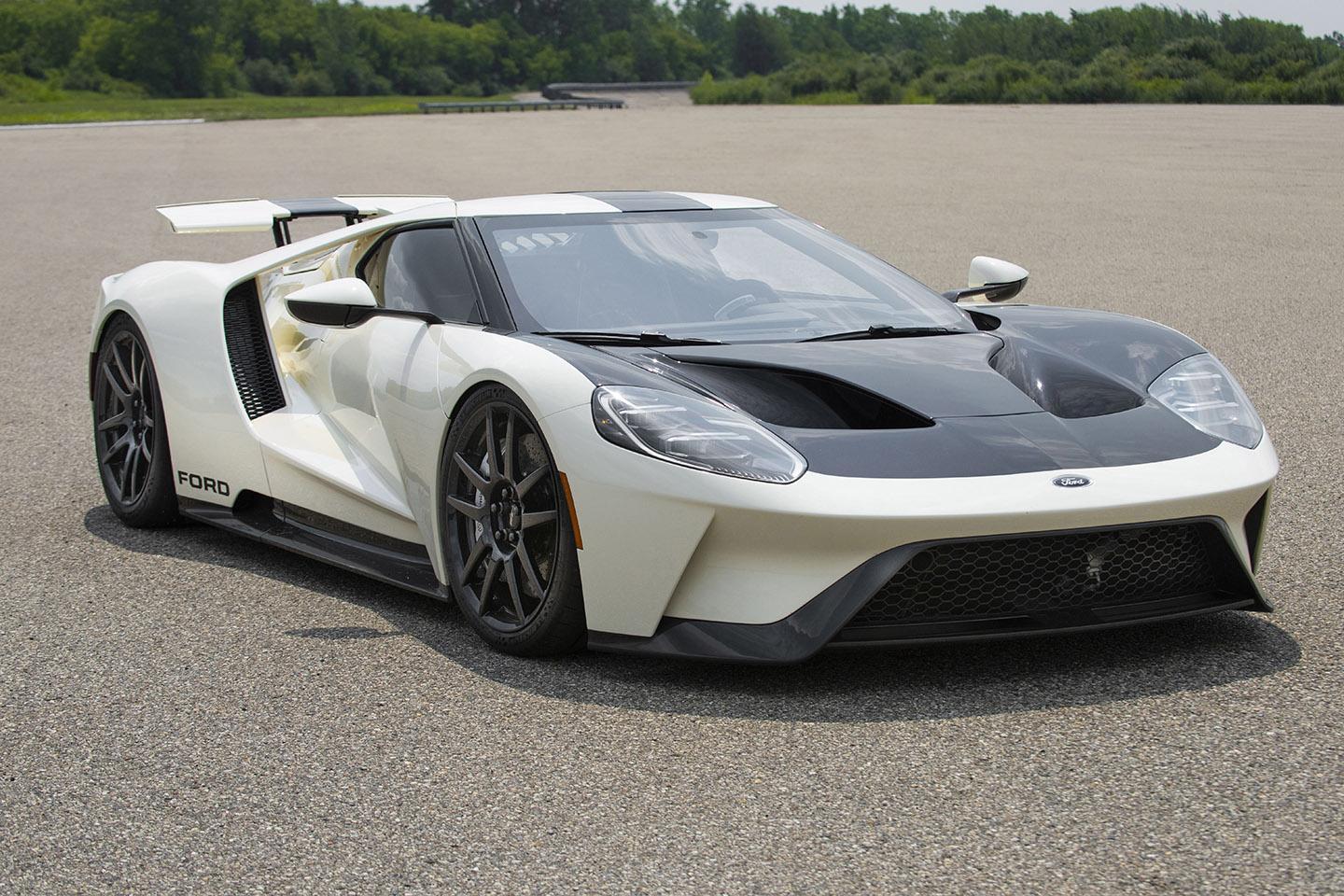 New things are good. New things are shiny and fun, most of the time. But we know you lot. You like the old stuff too. The classics, the OGs, the old favourites. Well, as we know, manufacturers are cheerily following the same vein of late. Why create something new when they can revive the early models that still hold such a dear place in our hearts?

Ford is the latest manufacturer to make the most of its beloved back catalogue and has now created the Ford GT '64 Prototype Heritage Edition. And it's as lovely and classic as you'd expect.

This 2022 Ford GT is finished in Wimbledon White with an Antimatter Blue stripe, and pays tribute to the original Ford GT that became America's only Le Mans-winning supercar back in 1966 to 1969. Ford bosses claim it's not just a paint job this time, though.

"This is the first Ford GT Heritage Edition that goes beyond celebrating race wins - this one goes deep, and honours the earliest of Ford supercar heritage," said Mike Severson, Ford GT program manager. But it is just the 2022 Ford GT with a stripe so we're not sure about that.

Aside from the stripe, there's exposed carbon fibre, including 20-inch blue carbon wheels on the outside and carbon seats wrapped in blue Alcantara on the inside. You'll also find more carbon fibre, more Alcantara, plus GT logos, black leather and contrast stitching. The original Ford GT prototype began development in 1963, with just five examples created, the first to use 'deep aerodynamic analysis' to optimise performance. Prototype number 5 is the only remaining one, still in the original livery, shown in the pictures here.

This design is probably the most well known in the GT's history, so it's no surprise that Team Ford were apparently unanimous in deciding to honour it for this week's Monterey Car Week. And hey, we don't disagree - it is iconic, and we think it wears it so. Alas, the limited edition version is only available to order "for approved Ford GT customers." Which isn't us. We're not sure what you have to do to be approved, but we're sure it definitely includes a few extra zeros on top of the lots of existing zeroes in the list price.