All 24 build slots for the 500kph hypercar are now allocated - and customer cars aren't far off... 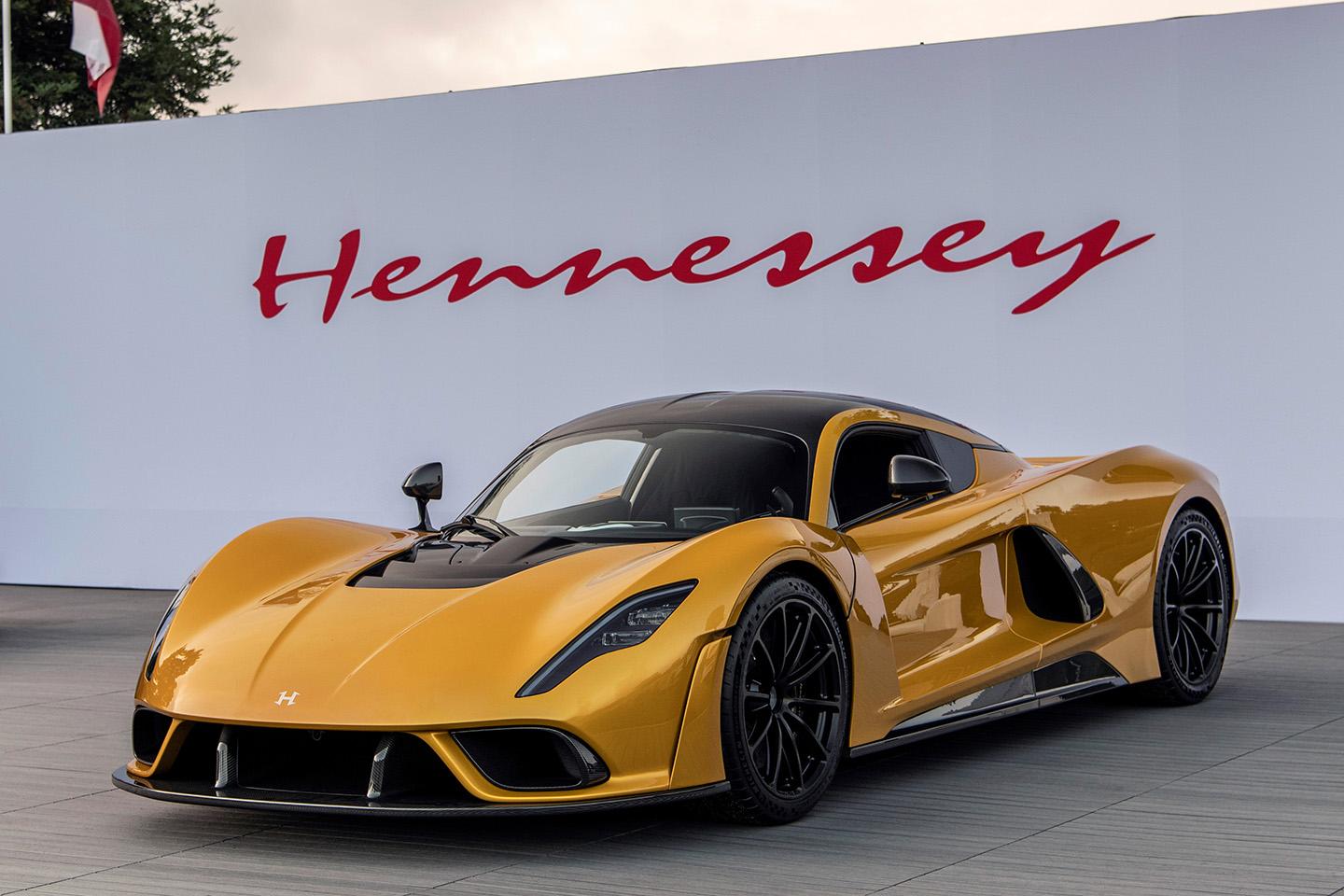 They say good things come to those who wait; by which logic, the Hennessey Venom F5 will be the best hypercar ever produced. It was 2014 that the Venom GT's replacement was announced, with a full reveal set for the year after and production cars due in 2016. Clearly making a 300mph car is not the work of a moment, as the F5 has proven.

Apparently this has proven no impediment to the car's popularity among buyers; following the reveal of a production spec car last year and the start of testing proper in 2021, Hennessey has announced that all the Venom F5s are now spoken for. That's 24 build slots (and $2.1m each), with production now underway and deliveries this time set for 2022.

The final sales were concluded at Monterey Car Week - and what better alternative to EV hypercars for the super rich than one with a 6.6-litre V8 that makes 1,800hp? The cars on show in California were in Mojave Gold and Speed Devil Blue, the latter as seen for the production debut last year and remarkably modest for a car aiming at more than 300mph. Which is kind of cool. The resemblance of the gold to the Lotus Evija's launch colour is surely no accident - Hennessey clearly believes it has a more compelling $2m hypercar offering than Hethel.

John Hennessey said "Showing two of the latest F5 models at The Quail and Pebble Beach alongside the likes of Bugatti, Lamborghini and Koenigsegg was an honor [sic] for the whole Hennessey team. The fact that we secured orders from customers who saw the cars at the events is testament to the quality our team has achieved... and we're yet to reach the vehicle's full potential!" Speaking of which, the next phase of testing is the final one, focusing on full power acceleration, high-speed stability, and braking. All of which the F5 is going to need plenty of if it's going to surpass 311mph, or 500kph. There are plenty of people - not least the 24 buying a Venom - very keen to see that happen. It's been quite the wait, after all...