Like the new Wrangler but concerned it doesn't have a 6.4-litre Hemi V8? Well, worry no more... 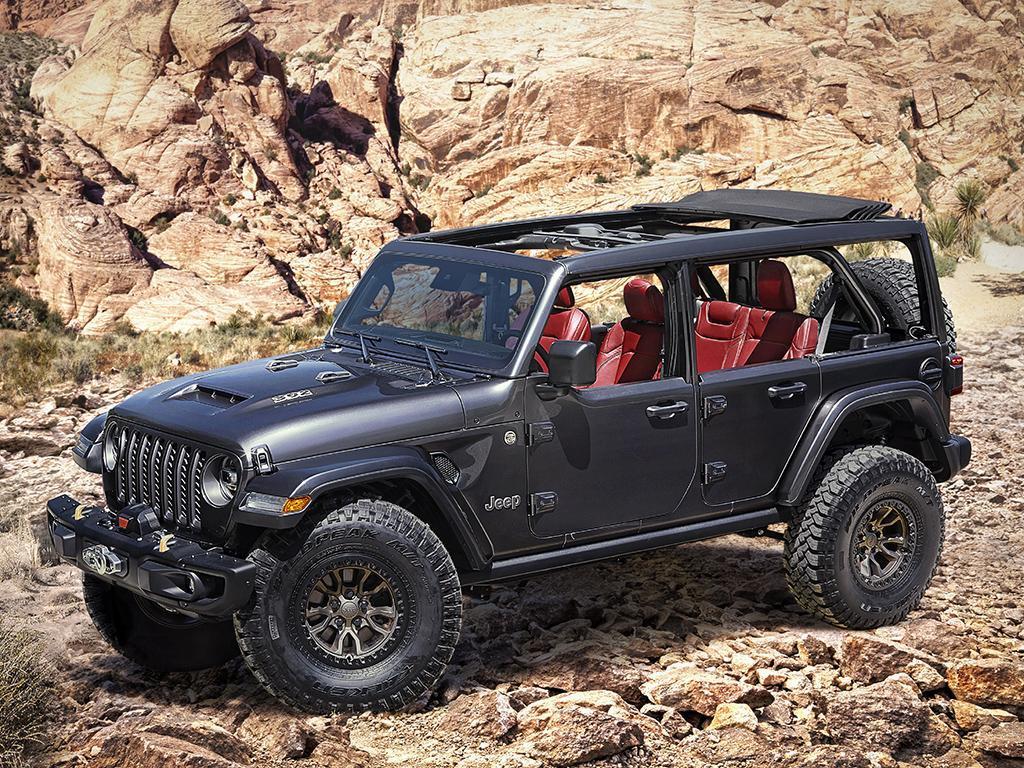 It's fair to say you don't need to like SUVs to like the Jeep Wrangler, so storied is its era-defining ancestry. And it's fair to say you don't even need to like Jeep Wranglers to like the Rubicon 392 Concept, so irresistible is its new Chrysler Hemi V8. Patently revealed to steal some of the new Ford Bronco's thunder (more on that tomorrow), the car features a 450hp variant of the 6.4-litre engine that makes several Dodge-built products seem so wonderfully interesting. In case you're not up to speed on the latest generation of Jeep, it's also a sizeable step-up in performance from the 285hp V6 that currently tops the Wrangler lineup.

Officially, as the name suggests, the Rubicon 392 is just a concept. But the manufacturer's press release reads like it's virtually daring itself not to build the thing, so it's fair to say that Jeep will soon offer a Wrangler capable of 0-60mph in 'less than five seconds' - and the first to feature a V8 since you could buy an '81 CJ with a 125hp 5.0-litre petrol unit.

Like a hassled parent before Christmas, Jeep had previously told all and sundry that a V8 version wouldn't happen for various packaging reasons, but, like a parent on Christmas morning, it has apparently been working on solving that problem all along - the Rubicon 392 duly getting upgraded engine mounts and a modified frame to accommodate the new V8 and its beefier gearbox.

Sadly, the latter is an eight-speed automatic (and not a six-speed manual as gnarled as Gandalf's staff) but we won't quibble because plainly Jeep has gone to town everywhere else. The car gets new aluminium monotube Fox dampers, third-gen Dana 44 axles, a 'Selec-Track' two-speed transfer case, 'Tru-lok' electric front and rear locking differentials and 37-inch mud-terrain tyres around 17-inch wheels. There's also a Jeep Performance Part two-inch lift kit from Mopar for additional articulation and better approach and departure angles. Its maker says its capability off-road is 'unmatched'.

Jeep says the same thing for its 'fun-to-drive performance' too, and frankly we're inclined to believe it. Did we mention it gets a two-mode exhaust? And delivers 450lb ft of torque? And features a "heavy-duty raised hood with an aggressive appearance, custom half doors and Wrangler's Sky One-touch powertop, with removable side panels for complete open-air freedom"? Well, it does, and we're willing to bet that it combines to make the Rubicon 392 Concept more fun than, well, a launch-grade 2020 Ford Bronco.

Obviously that's the point of the parade-rain Wrangler, and we'd be lying if we said we weren't partial to such obviously manufacturer oneupmanship - especially when it provides such a zany, noisy place to mount Red Rock-coloured seats with gold stitching. Expect to see the Rubicon 392 officially launched in the not-too-distant future. Let's hope Ford comes up with something similarly audacious to steal our attention away on that day, too....