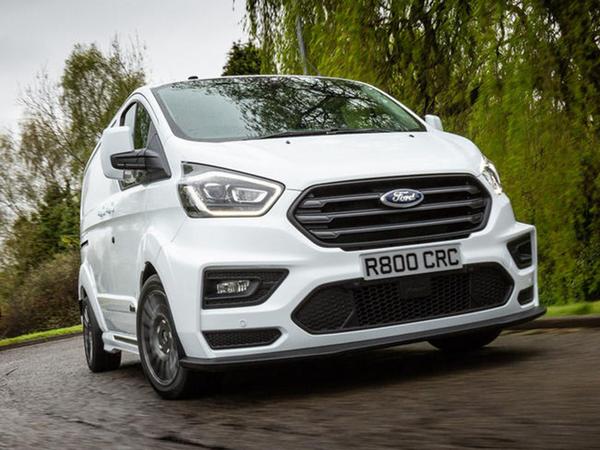 Ever since Ford stuck an F1 engine in a Transit to produce the Supervan, commercial vehicle owners the nation over have been inspired to spec up their humble works van with sporty bodywork and alloy wheels. Some, inevitably, have gone a step further and actually injected a bit of performance pedigree into proceedings, creating a market for hot commercial vehicles that companies like MS-RT are now established specialists in.

Evidence of Britain's growing hot van appetite comes with the introduction of MS-RT's latest Transit Custom van into Ford dealerships, where it joins heated-up versions of the Ranger pick-up and Transit from the tuner's line-up.

Developed with South Wales firm Van-Sport and M-Sport boss and former rally driver Malcolm Wilson, the MS-RT is distinguished from the standard Transit Custom by a new bodykit comprised of larger bumpers and wheel arch extensions (!), which accommodate a new set of 18-inch OZ alloy wheels that look like they've been plucked straight off a WRC car. The new model also sits lower on Eibach springs and there are also body decals, of course, to ensure design fluidity. Inside, you'll find nappa leather sports seats.

Under the bonnet is a slightly enhanced version of Ford's 2.0-litre four-cylinder Ecoblue diesel, producing 170hp and and 299lb ft of torque. It breathes through a new sports exhaust system to release some back pressure and - more importantly - add some offbeat anger to the normally gruff exhaust note. Its maker says it will now hit 93mph, too.

Also importantly, thanks to the Ford backing, the MS-RT-tuned Transit Connect now gets a full warranty that matches the one supplied by the original manufacturer. It's on sale now in selected UK dealerships, priced from £29,995 for the entry-level single-cab variant and £35,995 for the range-topping R-Spec edition.