You don't get too much 'new sports car' bang for £60k these days. Secondhand is a different matter entirely 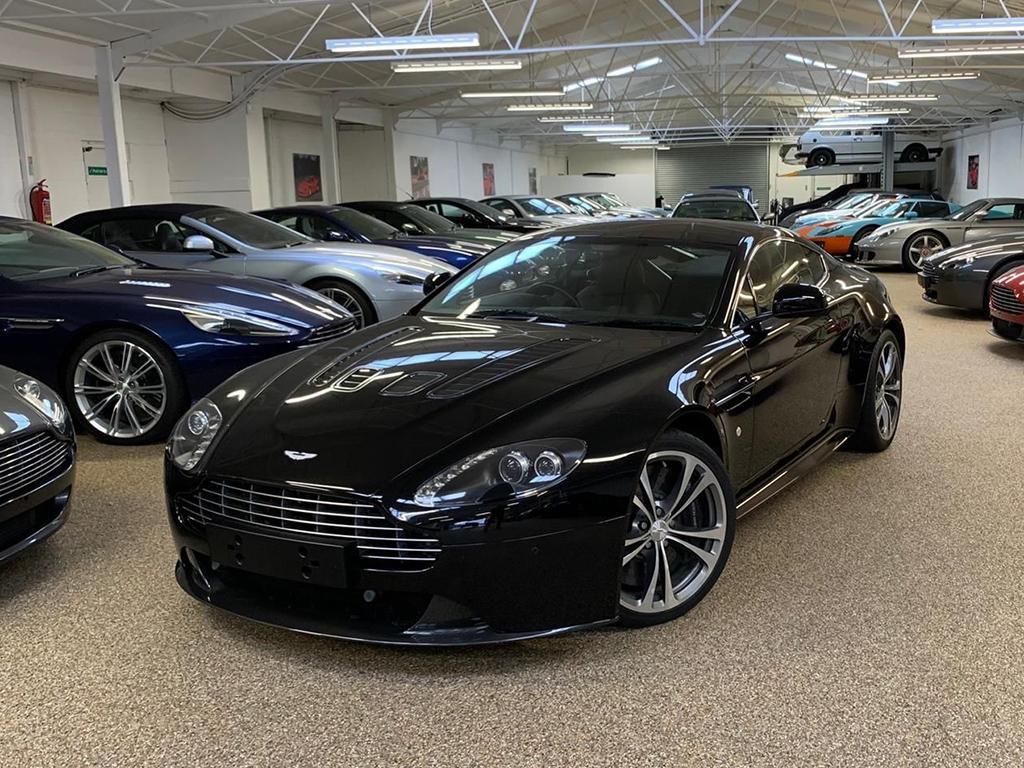 We're all guilty of it. With so many new models, trim levels and extras to keep track of, it's a struggle to keep up with new car prices. It doesn't help that virtually everything is costed up to a monthly price instead an overall one. Bu there will always be an especially shocking RRP that makes you realise how many gaps there are in your knowledge: a supermini that's hot hatch money, a small SUV that you thought a Range Rover could be bought for, a sports car optioned up to supercar territory. So you do some swotting and get back up to speed, only for the goalposts to move again. It's a fruitless endeavour - better to just remain surprised.

It happens with used cars, too. Take this Aston Martin V12 Vantage. Got to be verging on collectible status now, hasn't it? The venerable V12, a six-speed manual (the sole gearbox option back then!), the prettiest sports car shape of this century and a raw driving experience ought surely to have secured that. But no, not yet: this 30,000-mile, sensibly specced car is for sale at £57,850. Or, in new car terms, an Audi TT RS, or BMW M2, or Jaguar F-Type P300. Good cars, all. But they're not V12-powered Vantages...

In truth, we probably shouldn't be too surprised. While the various V12 specials - be they Spitfire Editions, Zagatos or GT12s - have retained their value pretty resiliently, the vanilla V12s have continued to depreciate. The situation is slightly similar for the V12 S, too, though don't forget that was first introduced with the slightly awkward Sportshift automated manual; the seven-speed for that car didn't arrive until 2016, and as such they're still more expensive.

Not the original, though. Despite the looks, the reputation and the rarity, this is one of the more affordable ways into manual, V12 Aston ownership - especially for those coveting the 5.9 in a more potent tune. Because while there are a few DB7s and DB9s with 12 cylinders and three pedals for less money, they'll struggle to match the intensity of the V12 Vantage experience. A DBS with the same engine and a manual gearbox will start from £75k - and is it really that much more desirable than a V12 Vantage?

Some caution is obviously to be advised. Not only because this original Vantage was known to be a bit of a handful in some situations, but because this remains a V12-engined Aston Martin. It might cost the same money as a four-cylinder Porsche Cayman nowadays, but it would be naïve to assume ownership costs will be comparable. There's reason for encouragement with this particular V12V, though, given it's being offered by the same specialist as sold it to its previous owner and comes with a full service history to back up its 30,000 miles. Just don't expect keeping that history so comprehensive to be a cheap endeavour...

But what else compares? Aston Martins are by far the most affordable way to access that holy grail combination of 12 vee-arranged cylinders and six manual gears. By way of contrast, this Ferrari 550 Maranello is almost a decade and half older, has three times the mileage and still costs £50,000. And if you are going to plump for an Aston, why not a Vantage?

A specification like this surely makes the V12 eminently shiftable when the time goes to move it on, and it's hard to imagine the car's stock falling much further as the appeal of its powertrain surely increases by the day. A manual V12 felt like a privilege when this car was launched; in 202 it feels almost like forbidden automotive pleasure.

Which is a long way of saying that fortune favours the brave, and to take the plunge. Less than a decade after it was registered, the only way into a manual Aston Martin is to spend £150k on a Vantage AMR; the return of DIY gears with a V12 is unconfirmed. So although this Vantage may not have the world's greatest manual gearbox, or boast quite the handling ability of the later V12 S, for the price of a four-cylinder F-Type it's fairly difficult to argue against.