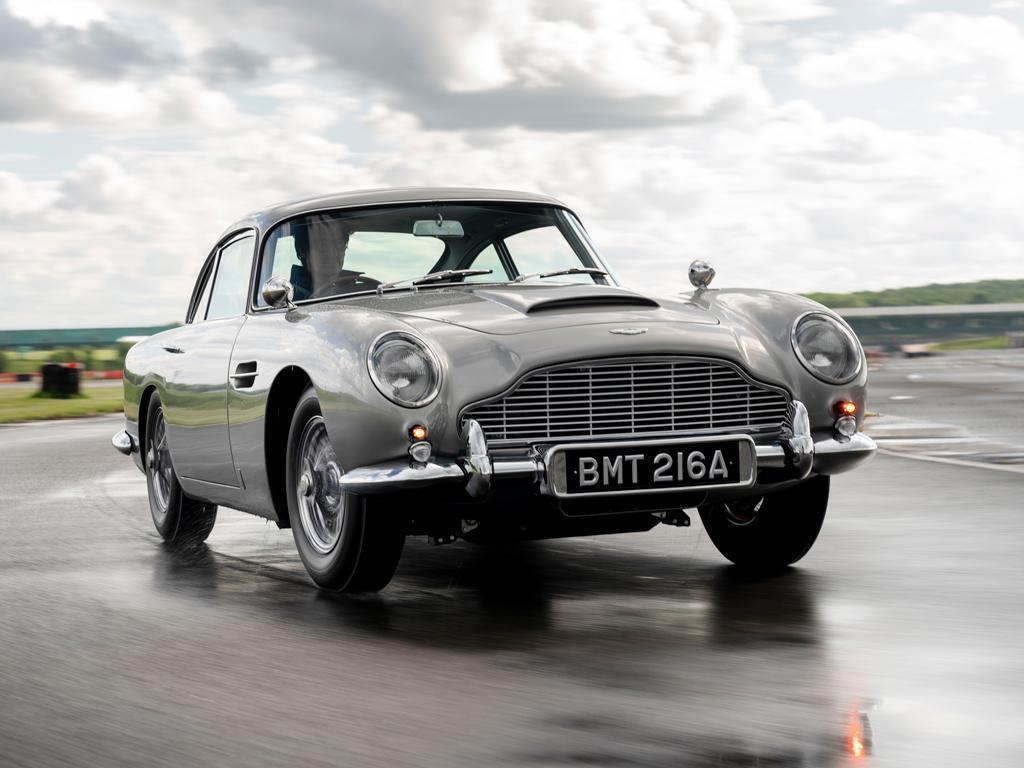 Given that each Aston Martin DB5 Goldfinger Continuation takes 4,500 hours to hand-make, we always expected the build quality to be sky-high, but now, with the release of new images following the completion of Job 1, we’ve the hard evidence. The first of 25 customer cars looks immaculate - the way that Aston probably dreamt it could produce cars back in 1963. In 2020 it is using the same traditions, albeit supplemented by modern technology. The result, somewhat predictably, is the best of both worlds.

Aston Martin’s Newport Pagnell Heritage Division revealed the full list of Q-inspired additions these DB5 Continuation cars – each of which is priced at £3.3 million – in May, and now we can see how the features look on the actual car. The smoke screen deploys actual smoke, the nose-mounted machine guns pulsate and glow as if they’re firing real rounds, and the oil slick delivery system spurts out fluid from a moving taillight. It’s all looks authentically Bond.

Same goes for the parts fitted inside, where Aston’s inline six-powered DB5 Goldfinger cars get a gear lever actuator, accessed by flipping the knob’s top open, a corded phone and remote control to activate those gadgets and more. Combined, it makes for quite possibly the world’s coolest toy – and rest assured this is a toy, because none of the 25 examples will be road legal. Not surprising; imagine trying to explain a revolving numberplate system to the DVLA.

Aston’s chief creative officer, Marek Reichman, said: “The DB5 is, without question, the most famous car in the world by virtue of its 50-plus year association with James Bond. To see the first customer car finished, and realise that this is the first new DB5 we have built in more than half a century, really is quite a moment.  It is a genuine privilege, and significant responsibility, to have been involved in the shaping of this new DB5 and to be helping to lead the creation of new versions of this automotive icon.”

Although Job 1’s been completed, Aston Martin says it will open deliveries of the DB5 Goldfinger cars through the second half of this year – which, you’ve probably already noticed, is now. Suffice it to say anyone who has placed an order can look forward to receiving their car soon. It’s not yet clear whether the cars will be delivered in traditional means or whether they’ll be flown in via helicopter, Bond style. We’d like ours secured to a Union Jack parachute as we welcomed it down with a Vesper Martini.