What powersliding a Lotus Esprit for Fast Lane has to do with weight distribution... 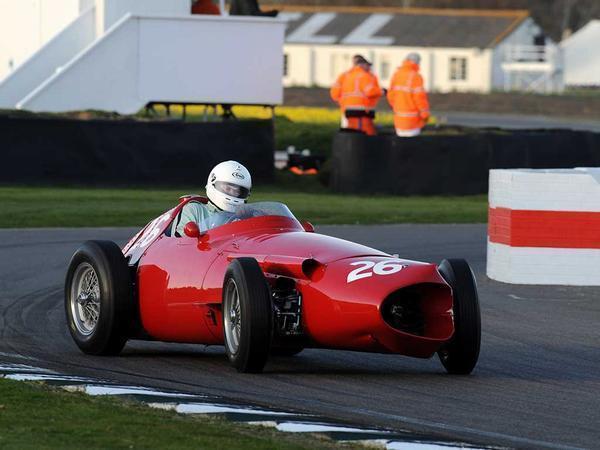 , we looked at the effects of weight transfer on that most simple and uncluttered example of the mid-engined breed, the Formula Ford. The engine in the middle, driver just in front, all the major masses concentrated nicely towards the centre but with any slight excess towards the rear. That much helps with traction while the centrally located majority helps the car carry it all through the corners with the minimum of disturbance. It's worth sticking with this example for a bit longer because weight transfer and its effects are, to my mind, extremely important tools in the driver's toolbox, not least because they have a big effect on Old Motors which have less in the way of tyre grip or aerodynamic assistance. 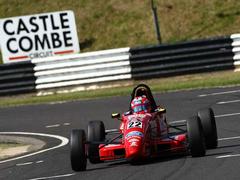 If there is a downside to any centralization of mass, it's the fact that when it does exert an effect, it does so more quickly. It's sometimes described as the dumb bell effect which is a handy way of visualizing the distance between the major masses and the car's centre. The lump on the pole is the mass and the pole is the lever arm; swing it and see what the mass does - you can conduct your own research very easily. Take a house broom or something similar and grasp the handle near the besom and try and swivel the lot. Now grasp the handle about halfway up and see the difference. The official term for its effect is polar moment of inertia or movement around an axis.

A moment's thought will make it obvious that a mass of engine hanging right out the back - as it does in a Porsche 911 - will have a bigger leverage when it tries to swing right or left, than the engine of a Formula Ford which is not only lighter but much closer to the middle of the car. Let's pick a two-seater example of the Formula Ford concept, so you can come along for the ride. I'll go for the Lotus Esprit of the 1980s, a car which although sometimes undistinguished in terms of reliability was magnificent in handling balance. 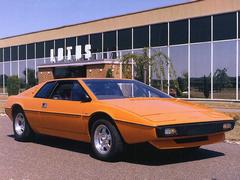 Yes, it's the wrong year; hopefully you get the point!

I'll let the Lotus transport us back to the late 80s and Quarry Corner at Castle Combe where I was doing a feature for the late lamented Fast Lane magazine. We had on hand the latest version of the Esprit, a luminous yellow model powered by a 265hp version of the 2.2-litre leant-over turbo four and as usual, we were to do the skiddiest skiddy shots that could be seen anywhere because that was the magazine's trademark. At first, though, the Esprit proved unwilling to comply. Run the wrong way up the track (Combe wasn't as busy in those days and the track was ours for the day) turn it around so I could take a run, and pile over the crest at Avon Rise in third gear, brake sharply, heave the steering and whack on the power while the car was still unsettled. All I got in response though was power understeer which forced me to come back off the accelerator in order to avoid mowing down the snappers crouched or laying at the corner's exit. Health and safety? This was 1987...

You did get a bit of wag on the exit as the power reached its peak and the small amount of body roll loosened the inside rear tyre, but the initial spike lower down where the torque curve was at its fattest merely picked up the wedge nose and thrust it wide. This seemed odd at first, because on a normal quick lap where you weren't trying to provoke the car, the Esprit felt nicely sharp at the front, following the rush towards an apex with a slight touch of reassuring understeer, just enough that I felt comfortable taking some commitment into the corner. More importantly, I felt able to keep leaning on the front end while bringing the power on good and early without having to deal with sudden snappy oversteer. Since that was exactly what we were trying to achieve for the lens, on second thoughts the car's behaviour was consistent. 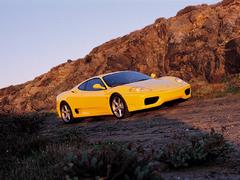 The eventual solution was to power into the corner with the car settled and the steering aimed at the mid-point and just back off suddenly as the car began to head in. Then immediately tread the power back. The Lotus obligingly swung its tail as the front end loaded up, then as the boost came back, seemed to go into slow motion, slowly and almost lazily increasing the angle of slither while the inside wheel smoked away some of the excess grunt. A couple of goes and I found it possible to let the castor clonk the steering against the opposite stop and adjust the angle of slither with more or less power. Having achieved it, from the corner of an eye, I saw Simon the Snapper on his feet and waving. "Yes, very good," he said, but it looks as if you've almost stopped, or more likely, it's the last frame before you finally spin," adding, "and you wouldn't want that, would you?" Er, no, but there didn't seem to be any halfway house. I thought about it all on the long trip home and concluded that braking savagely then turning hard probably overloaded the front tyres and compromised their ability to point just when I wanted it. Then there wasn't enough immediate power to overcome the grip of the rears because of the - admittedly minimal for the time - degree of turbo lag. 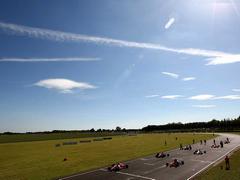 I've learnt a bit more of the theory since then and there are a couple of significant details; braking savagely does indeed add weight to the front wheels, but as soon as I came off the brake pedal, the weight also has time to ping back in the air before the turbo torque arrived, thereby creating exactly the opposite effect to the one I was seeking. The lift off, then plant it technique also adds weight to the fronts, but it gives it a fraction more time to settle and the tyres to respond (we'll get to the traction circle sometime in this series). The extra weight which has helped the front tyres in that regard has effectively been borrowed from the backs, which then have less to press them to the ground when the turbo boost arrives. Their ability to cope with the turbo's spike is suitably compromised. It's a fine line from the driving seat, but it does make sense in front of the keyboard.

The other interesting thing was that unless you made it all extreme with loads of power venting through a spinning inside wheel and loads of reverse lock, the Lotus would revert to gentle understeer, even when a slide had started. If you think about the details described above, you can see why that might be. Then as always, the question of the relevant ingredients and their arrangement has to be considered too. How much grip the tyres could offer - in those days there weren't any 30 profile 19-inchers - and how the geometry and spring rates had been configured. But, more years later than I care to consider, I now believe the most significant thing was a relatively light engine low down and sat right up against the bulkhead. That was a fundamental which made for a blisteringly quick track machine and an intimate and uncomplicated, yet astonishingly fast and reassuring road car. A much-missed classic in my opinion. 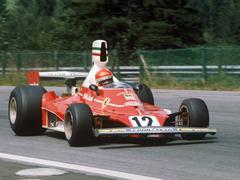 Gearbox across works better than underneath...

The Ferrari 360 which came a decade and a half later and bit me at Donington was more ready to do so, I believe because the masses were greater, even if the layout was similar. Later ones I'm told are better because the engineers did some tweaking in other areas but if the 360 could be awkward, the Testarossas and 512TRs which were the Esprit's contemporaries could be even more so. This I suspect was because their designers tried to combine the mid-engined ideal with the length of a V12 engine and ended up putting the gearbox underneath the engine. That pushed the weight high and required pretty stiff suspension to control it, a combination which made the cars fantastically unforgiving when they finally overcame the grip of huge tyres. All the speed of reaction that a lower polar moment is intended to achieve, compromised by the greater leverage of a mass relatively high up. It is why Ferrari later turned the gearbox across the car for the 1970s series of 12-cylinder 312T Grand Prix cars - the 'T' standing for Transversale. Optimal weight distribution is still one of the main reasons why Formula cars of today feature an engine in the middle. The other is packaging.

It might sound odd that the designer of a Formula One car should have to consider such things, but they do - along with the all-important aerodynamics. The engines are all the same size and so are the gearboxes, so the designers are stuck with these dimensions and if there is an optimum distance within the wheelbase (which everyone else will have arrived at) then a detail like a tall driver can make a big difference. The current Grand Prix car bears little or no relation to road cars but packaging is equally relevant in these too, because the designer has to consider at least two occupants and a place to put their luggage. But, let's return to the subject of Old Motors and the effects of weight distribution. 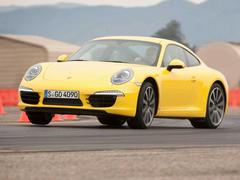 And we'll get on to this next time!

The more common layout for a great many older cars is the engine and gearbox ahead of the driver with the engine at the front of the car and the gearbox in the middle. This made sense to most manufacturers I suspect mainly because it was the fashion of the time; although there were those who thought different - like Andre Citroen - they weren't the norm. Now, before we look at the effect this has on weight distribution, just consider the effect it has on packaging - not to mention styling. The engine and gearbox take up space where the Esprit's boot is, and demand that the bonnet line is high enough to cover the engine rather than slope gently up to a low slung windscreen. The drive has to go from the gearbox to a back axle and so needs to pass through the cabin in between the occupants. The axle spans the space behind the occupants and eats into the luggage space in the boot, under whose floor is the obvious location for the fuel tank. Then you have to get the exhaust from the front of the car to the back and find room for the silencer. In its favour, a front mounted engine can be close to radiator and oil cooler where the essential air flow is easier to access.

There's a lot to consider before we delve yet further into the effects of mass on the car's dynamics, but until then, just try and visualize what difference a big lump up front will make when it swings when compared with the same lump sat behind you. Does it in fact, swing...? You'll doubtless have worked it out by then, but if not, answers will be forthcoming in the next epistle...