There's little love for BMW's Active Sound Design on PH; Dan takes matters into his own hands with the PH Fleet M4 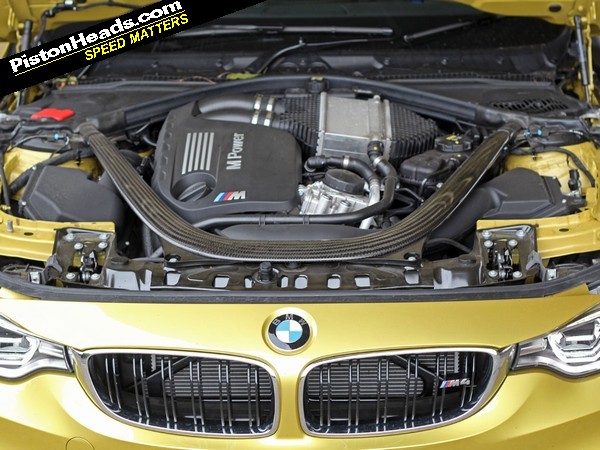 would - I think - be deal breakers for me. It's also one of my biggest problems with

; an ever-present reminder to me that whatever talents it may have there's a lot of electronic noise and artifice between you and what the car is actually up to. 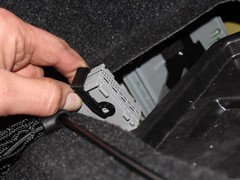 Plug and play takes on another meaning!

Engine noise matters, especially in the turbo age. A sense of where you are in the rev range and what load you're putting on the engine through your choice of gear and throttle is the kind of nuance you depend upon, especially in a car like the M4 whose power delivery can be so abrupt. In the Golf the binary throttle and flat noise are merely an annoyance; it'll just grip and go. In the M4 it could mean the difference between sideways or straight ahead.

Why this effort to gag the engine? It's almost as if the Germans are ashamed of having to resort to turbos; in AMG's case it reads as a betrayal of the devotion to cubic capacity, in BMW's an enforced move from singing throttle bodies and zingy, high-revving motors. So they try and drown the turbos out, AMG with outrageous amounts of exhaust noise, M with 'Active Sound Design' through the speakers. The latter is apparently amplified 'real' engine noise but the electronic equivalent of sticking a piece of card in the spokes of your bike. And I stopped doing that when I was about eight years old. 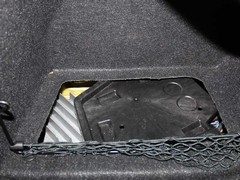 Not as easy as the Internet said...

Why so squeamish though?

positively encourage turbo noise, even when it 'replaces' cherished character like VTEC revviness. Check out the way the

celebrates its forced induction in both sound and power delivery. I've said as much before but the noise of the classic

twin-turbo straight-six is magnificent and something BMW would have done well to study before trying to stifle the M4's similarly configured motor.

Anyway. Fed up of the artificial blare from 'my' M4 and inspired by a post by PHer RossP in the thread following our comparison with the C63 I followed a link to Bimmerpost about how to disable Active Sound Design. Seemingly if your M3 or M4 has the optional Harman Kardon audio system - the PH Fleet M4 does - it's just a case of removing a plug from the standalone ASD amp. I say 'just' - the chap who posted the how-to on Bimmerpost skimmed over the fact for proper access you have to remove most of the boot liner. I managed it through a combination of skinned knuckles and swearing. 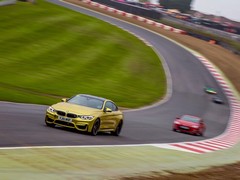 A very good now made better!

Now it's done I'm a very happy man. The angry, guttural cold start-up on the M4 has always sounded cool and though it's 'quieter' overall inside now the sound is much more natural and purely from the exhaust. It now sounds like a revvy straight-six M BMW, not a video game. I'm sure with an aftermarket exhaust it'd be even better. And nor does it bore into your head via the speakers when accelerating hard in Sport or Sport Plus mode. With the stereo off and on a cold or misty day you catch just a hint of turbo sound too. As a result I now feel much more connected to the car and my enjoyment of it is transformed.

We were at Brands last week and I did laps with ASD on and off which you can watch below; the difference is harder to detect on the vid than it is in real life but if you've got an M3 or M4 with the Harman Kardon stereo I'd suggest you at least try it. I won't be plugging it back in, for sure.