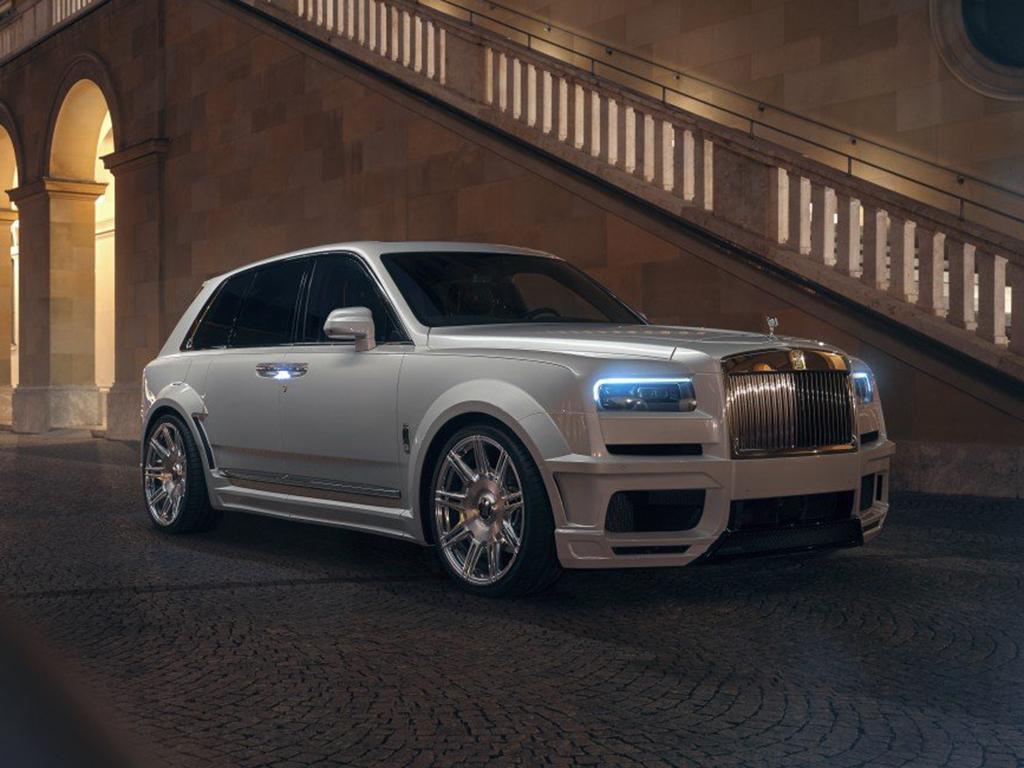 Did you know that Novitec has a division called Spofec that's focussed specifically on tuning Rolls-Royces? Us neither, but something tells us the tuner's new take on the Cullinan will earn it a fair bit of attention. Not least because it's included a power upgrade to 685hp and a 40mm ride-height drop, creating a model fit for a P Diddy music video. Or, from a different point of view, a tasteless hunk of 2.7-tonne SUV that needn't have seen the light of day.

In Spofec's defence, the Cullinan has never been a discreet car, so the lowering of air suspension and addition of 24-inch wheels - two inches larger than standard - are probably less offensive here than they would be elsewhere. Those rims are completely custom for the model and produced by American manufacturer Vossen, by the way, so they retain Rolls's upright centre badges and a factory-ish look with their larger diameter and wider offset. The image is further enhanced by extended lower bumper trims.

Spofec claims that the chassis alterations improve handling and "safety", presumably because body roll has been trimmed. But no doubt it's compromised the standard setup's cloud-like ride, which Matt P reckoned was better than even the best Range Rover's back when we had a go in 2018. Customers of Spofec's creation, however, are likely to have different priorities, as illustrated by the division's revisions to the 6.75-litre V12. The mega-unit has gained 114hp over standard alongside 118lb ft of torque; subsequently shedding three tenths from the standard car's 5.2 second 0-62mph time.

Additionally, buyers wanting even more road presence can specify a new exhaust system, doubtless ruining the efforts Rolls's engineers went to in reducing noise, but giving the 12-pot a louder voice. Spofec claims the car's eight-speed automatic gearbox has quicker shift times, too, so it Cullinan has a sportier, less reigned in overall character - albeit within a package that's still entirely recognisable as a product from one of the world's finest car makers. With that in mind, the cost of all of this will almost certainly send the standard car's quarter of a million-pound starting beyond the £300k mark.