Purists, look away - the Land Rover legend now has a "high level of customisation and luxury"... 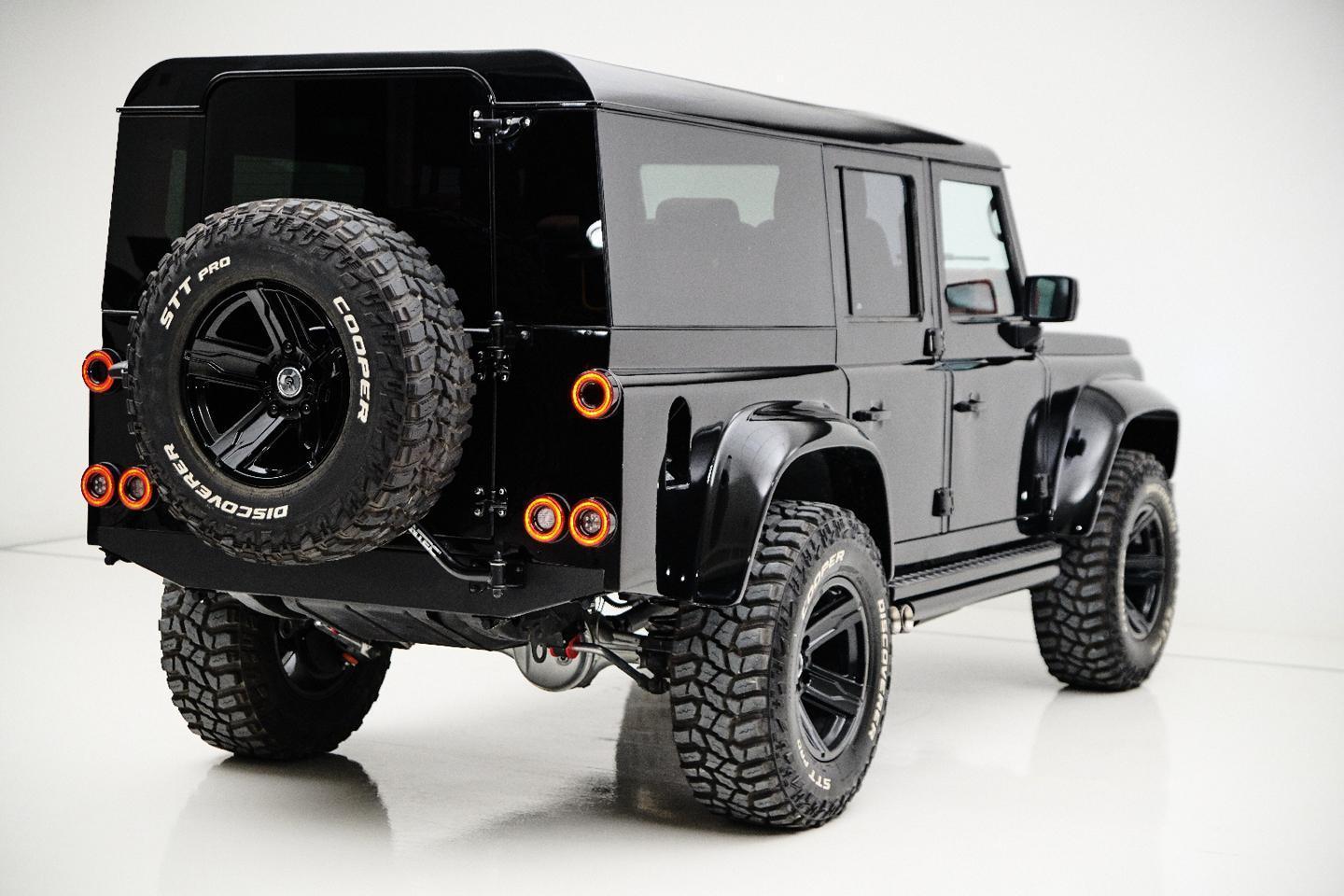 Modifying Land Rover Defenders is nothing new; companies like Nene, Twisted and, to a slightly different extent, Bowler, have been plying their trade with the most famous Land Rover for yonks now. But Ares Design tinkering with the old Defender is news, because the Modenese firm works on Lamborghinis and Ferraris and many other forms of exotica - not old British off-roaders. But then the Defender isn't just any old 4x4, as we all well know by now.

Ares describes its work for this 'Spec 1.2' Defender as "a modern-day tribute to the timeless off-road icon". As is becoming the norm for Ares, there'll be no missing it: the new wider wings are enormous, complemented by LED lights, carbon body panels, a panoramic roof and Ares-specific 18-inch wheels. And tinted windows, obvs. Carbon continues as a prominent theme inside, adorning almost every surface that isn't leather covered. Note, too, the more modern infotainment system, and if you can see them, "modern-era levers controlling lights and wipers". Nobody will mistake this retrimmed cabin for the new Defender, but neither will they see much in common with the original interior - which was as opulent as a trough.

If this all sounds jolly familiar from the other modified Defenders, then wait until you hear what's under the bonnet... because that's a lot like similarly reworked Defenders, too. Out with the diesel, in with the V8. In this instance, Ares says it's a 4.75-litre unit with 282hp and 325lb ft, powering through a six-speed automatic and uprated driveshafts. Keeping a lid on that performance are bigger brakes with AP Racing six-piston calipers (on a Defender!), Cooper off-road tyres plus ORAM electronically adjustable suspension with normal and sport modes.

Those especially clued up on Defender or Ares history will know that this isn't the first time the two brands have combined; the latter made a 'Defender Ultra V8' in 2018. According to CEO Dany Bahar, that has given Ares "great knowledge" of the Land Rover. Second time around, he reckons Ares' V8 Defender has "an even more distinctive style and refined finish". For now, Ares is only saying that this 110-derived project will be limited run and take three months to build; a price hasn't been announced. But nobody probably needs reminding that the modified Defender game is a lucrative business - this used Nene Overland creation is £100,000. And you can bet that an Ares car will be even more than that.