Continental GT Convertible a bit cheap and common? Bentley has an answer... 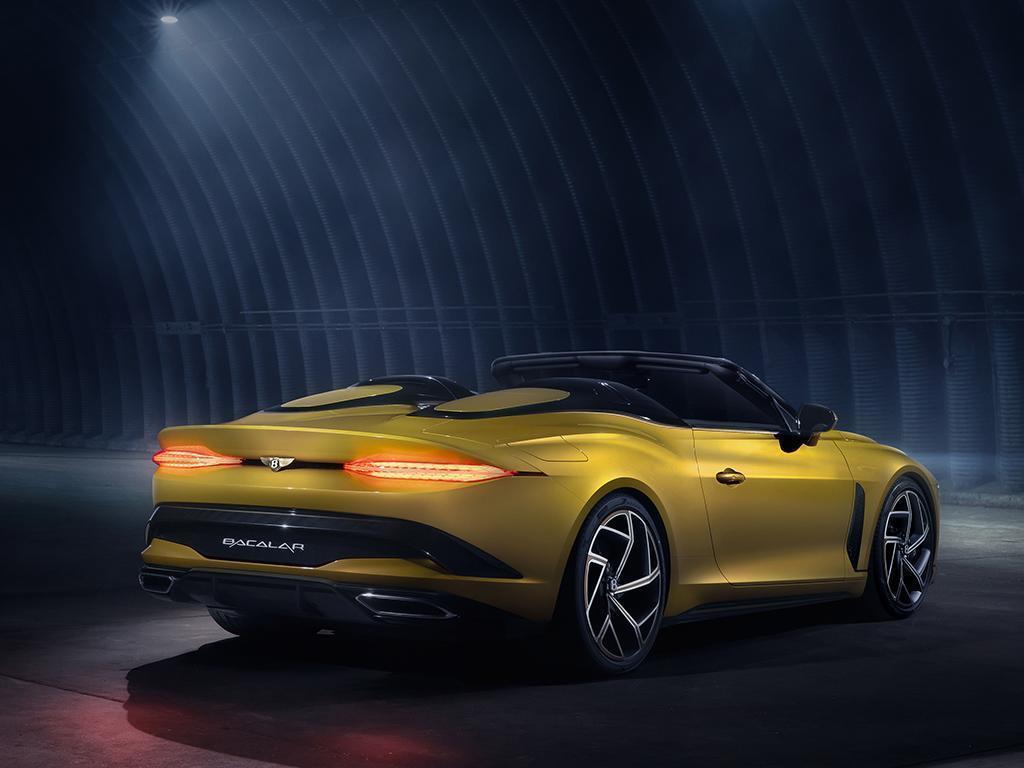 Are ultra high net worth individuals allergic to roofs? Or keen to test the integrity of their hair implants? It’s a question triggered by Bentley’s decision to follow Ferrari, McLaren and Aston by creating an ultra-expensive model with pretty much no weather protection.

Based on the Continental GT Convertible the Bacalar doesn’t have any roof beyond a clip-over cover for when it’s parked. Although, unlike the Ferrari Monza, McLaren Elva and Aston V12 Speedster, the Bentley does at least get a windscreen and side glazing.

The Bacalar is also going to be an even more exclusive choice than any of those hypercar alternatives, with Bentley committing to building just 12 of them. Each will cost £1.5m ‘ex-works’ – so before tax, but the sort of extra cost bespoke optioning a car like this is almost certain to receive plenty of. Oh, and they’ve sold ‘em all, so if your name’s not down then this is a club you’re not getting into.

Award yourself a geek point if you knew that the name comes from Lake Bacalar in Mexico’s Yucatan peninsula, part of Bentley’s tradition of “naming cars after remarkable landmarks” (apparently Bentaya is a particularly scenic rock in the Canary Islands.) The Bacalar is essentially a piece of modern coachbuilding from Bentley’s Mulliner division, with senior executives admitting the plan is to do more limited-run models in the future.

Mechanical components are little changed from the Conti GT with the Bacalar using the same 6.0-litre W12 which has been given a very modest power boost to 650hp. Together with a slight weight reduction – the company’s engineers reckon about 100kg for the finished car – the Bacalar should be the fastest accelerating open-topped Bentley yet, estimated to be capable of dispatching 0-60mph in 3.5 second and having a top speed of “more than 200mph.” As well as engine and double-clutch transmission other components shared with the Continental include the 48 Volt anti-roll system.

Although the Bacalar has the same wheelbase as the Continental and underbody ‘hardpoints’, Bentley’s design team have been able to transform the exterior appearance with new carbon and aluminum bodywork. The door handles are the only exterior parts to be carried over directly, and that’s only because they contain the mechanism for the keyless entry system. At the front the Bacalar has single headlight elements instead of the twin units that Bentley has been using since the ‘nineties. It also gets much more angular mesh intakes.

The view from the rear is dominated by the ‘barchetta’ tail – longer but faired-in when viewed from behind, and with both air-smoothing bubbles behind the two seats and what look like being about the longest taillights of all time. Inside the cabin’s close relationship to the Continental is obvious – substantial structural changes were ruled out by the position of airbags – but cabin materials are even further upmarket and, on the show car, as ethical as you’d expect from a 2020 concept with natural wool, panelling formed from 5000 year old petrified wood from an Anglian bog and paint that uses rich husk ash to deliver a metallic finish.

Those who are more #bloke than #woke will be able to select less politically correct materials. Indeed, with a near-total level of bespokery available you could probably opt to get a Bacalar trimmed with the skins of rhino and snow leopard you’d shot yourself. While practicality is obviously limited by the inability to overcome a light drizzle, the Bacalar does have room for a set of fitted luggage from upmarket bag-maker Schedoni behind the seats.

The Bacalar was meant to be unveiled at the cancelled Geneva motor show, with Bentley instead opting to pull the sheet in an online presentation. Given the apparent ease with which it sold the run of 12 it’s a fair bet that we will see other ‘coachbuilt’ variations of existing models, and possibly even similarly elaborate one-offs for those with the deepest pockets. Has there ever been a better time to be a billionaire?