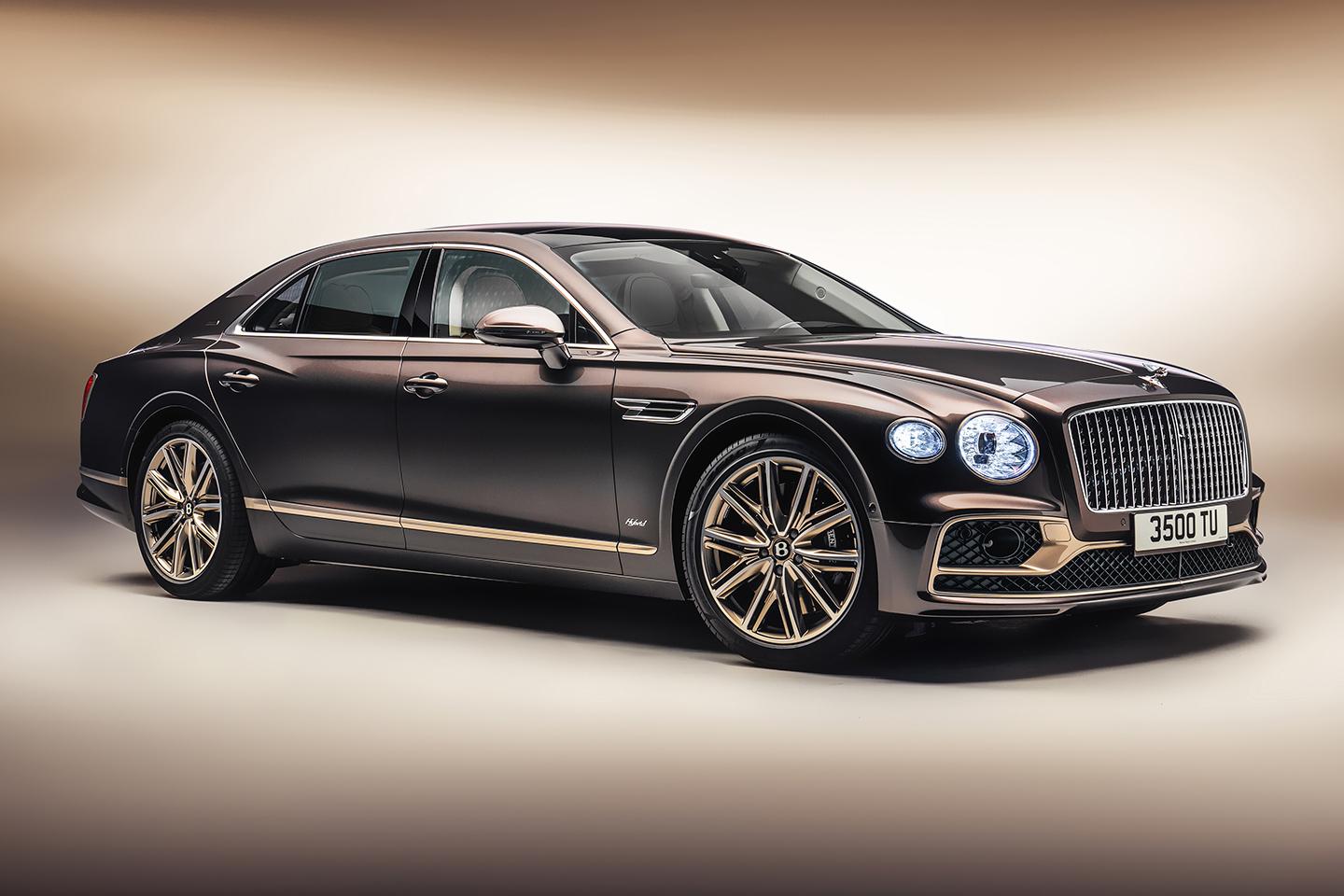 Back in 2019, Bentley unveiled its EXP 100 GT concept car, as a little 100th birthday present to itself. It was the brand's vision of what a fully electric GT car could look like in the far away future land of 2035. It used the same level of logic as the Back To The Future guys did when they created self-tying laces for the magical era of 2015. (Yet in 2021, we still can't send something to the printer without having to reinstall the whole damn thing every time. But we digress.)

That logic resulted in a typically futuristic looking car, with floating seats, minimalist dash and steering wheel, and lots of cool lights. It was "inspired by the elements of travel - the light above you, the air around you and the earth beneath you."

Well, 2035 is still a long way off, but now Bentley's designers have found their new favourite colouring crayon, they don't want to put it away. Cue the Bentley Flying Spur Hybrid Odyssean Edition. Yes, this is a limited-edition model to celebrate the launch of the Flying Spur Hybrid - the latest model in a long list to be reintroduced to market with a plug socket. But the Odyssean Edition gets some of those EXP 100 GT design cues to enhance its futuristic allure.

It's the "first step on a journey to introduce new sustainable materials" into the Bentley build strategy, but clearly that mission statement was forgotten about when naming the interior leather colours - "Beluga" and "Porpoise" are options on the list. That's like calling your hipster Camden vegan restaurant "Funky Chicken".

So, apart from the swathes of leather, and hides, there's a reduction in lacquer that leaves the natural surface textures and wooden aesthetics "to be enjoyed." There's an exclusive new embroidery style - because nothing says the future like embroidery - and the option for lambswool rugs. The exterior gets silver accents on the 21-inch wheels, bumpers and light surrounds, and there's six paintwork options offered, chosen to harmonise with the rest of the colour choices.

As for the car itself, the 2.9-litre V6 petrol engine is paired with an electric motor to result in combined outputs of 544hp and 553lb ft torque. We're also promised a 0-62mph time of 4.1 seconds, and a top speed much quicker than the 88mph needed for full future visionaries. So, what do you reckon - does this look like the future for a four-door Bentley? Or just oddly specced from the configurator?