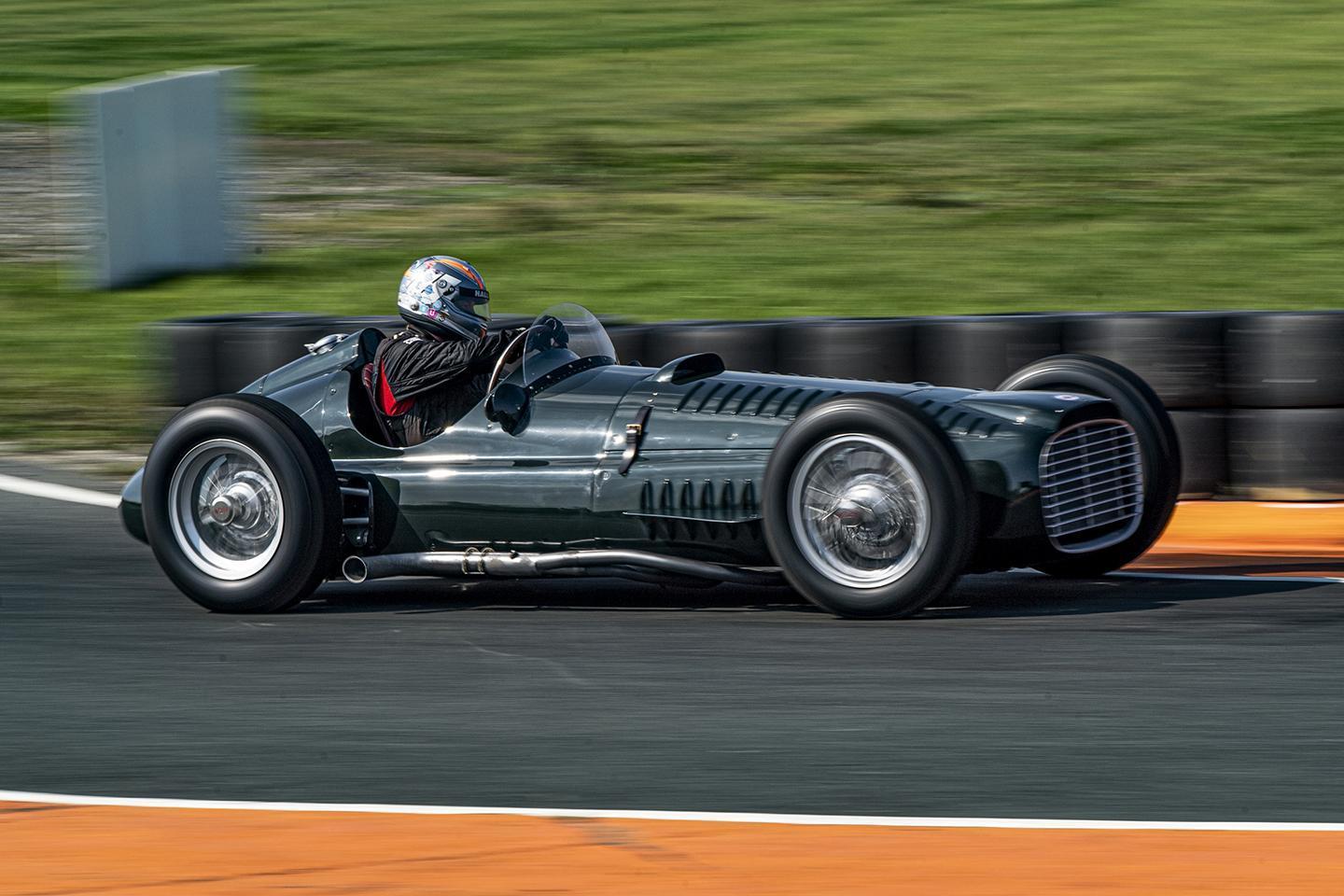 Without question, BRM produced on of our favourite videos of this year. It was simple. In a surprisingly artful way, it showed the rebuilt Type 15 V16 motor running for the first time. We wondered if it might be the best engine-sound footage ever. "It's quite a substantial noise," one of the engineers told us. "It can be heard in my village, which is 10 miles away."

Now the firm has followed up on that theme with another, longer video dubbed 'The Chrysalis'. The name is apt, of course, for an engine still on the test bed - but the 'new' P15 V16 race car is on the verge of becoming a very public butterfly. BRM reports that the first car produced from scratch since 1953 survived its shakedown at Blyton Park last week, and is ready for its unveiling at Goodwood Revival this weekend.

Built to mark the 70th anniversary of the British Racing Motors team, the first of three cars planned goes to the John Owen, the son of the original team principal. Now 82, the project is said to the realisation of a long-held dream to revive the iconic sound of the supercharged 1.5-litre motor producing 600hp at 12,000rpm.

"Hearing that V16 engine again after so many years was an incredible moment, and a dream come true," said Owen. "It's a tribute to the tremendous skill, persistence and attention to detail of the engineering team at Hall and Hall, and I really can't wait to unveil the car at the Goodwood Revival."

"The car is fundamentally superb," noted Rob Hall, the man doing the driving at Blyton. "Of course, it still needs a few tweaks and adjustments, but this is to be expected in such a complex package. We took the engine up to 9,000rpm but got a ticking off from the circuit because we exceeded their 95dB noise limit!"

The project has been brought to fruition by a 'unique' partnership with restoration specialists, Hall and Hall, and used post-war blueprints to painstakingly recreate the car over a two-year period. "This has been an incredible journey for all of us", commented Rob's father and business partner, Rick Hall. "With the first of the three new Mk1 V16 now complete, we will turn our attention to the two remaining chassis numbers. With all the technical hurdles now safely overcome, we are supremely confident we can create a truly magnificent, brand-new, historically authentic yet entirely raceable 1950s Formula 1 car".