Cosworth F1 engine for the road 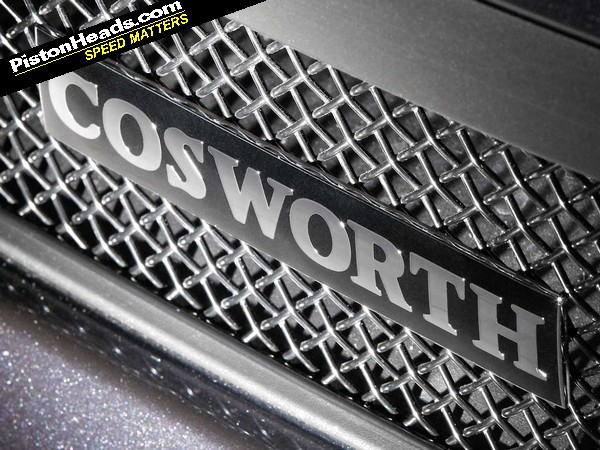 Remember the F1-derived 500bhp 1.6-litre turbo engine that was going to provide the combustion side of the muscle to Jaguar's

? Well, that engine is still being developed and could yet make production, we hear. 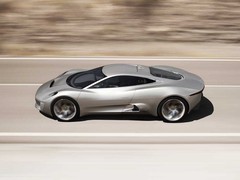 We spoke to Cosworth's principal engineer Andy Ball, who told us the engine the firm first built way back when Formula 1 thought it was shifting to four-cylinder turbos for next year (before deciding

a V6 was more fitting

) is still alive with a road-car manufacturer.

He declined to say which manufacturer, but it was no secret that Cosworth was the maker behind the four-pot, 10,000rpm screamer that Jaguar had earmarked for the C-X75.

Whether it's with Jaguar or not, Ball told us Cosworth were still working to adapt for an eventual production car. "We've being doing development engines. We're still partnering on this," he said. "As a road-going engine it could have similar specific power as a Formula 1 engine of 300hp/litre," he said. 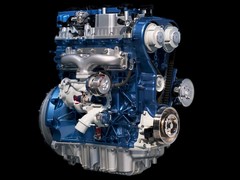 The firm has been squeezed out of F1 next year after its final customer Marussia switched engine supplier but Ball says what could have been an expensive cul-de-sac with the four-cylinder development has in fact opened doors with car makers in an era of downsizing.

Of course they'll need a bit more longevity than the average F1 engine, but Cosworth knows a thing about that. "We're very good at taking engines of the limit and knowing where that limit is. With our F1 engines, if we're not breaking stuff, we don't consider we're near the limit." He was reassuring about not just power but also the emotional punch of very high performance four-cylinder engines. "If you hear the engine I don't think you'd be too disappointed with how it sounds. It doesn't have the V8 rumble but it still sounds impressive and racy," he said. 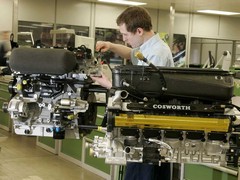 Cosworth knows a thing or two about racy motors

It's a big deal when the likes of Alfa with

are using (or are likely to use) sub 2.0-liter four-cylinder engines but come with a price tag around £50,000.

It's also good to hear that F1 technology does filter down to road cars, and not just exotica like the Enzo. Ball says it's happening more and more: "Race-bred components are starting to find their way into mainstream automotive applications already, like DLC [Diamond-like Carbon]." This low-friction coating for elements like valves and pistons was mostly announced for a revised diesel engine in the Nissan Juke, of all things.

Meanwhile Jaguar is saying that while the C-X75 is dead, technology like the engine and the hybrid system isn't. "With projects like C-X75 we are laying the foundations for the next generation of Jaguar innovations," Jaguar's global brand director, Adrian Hallmark, said in a statement recently.

It's reassuring really. If the test-bed of racing can help lower emissions on road cars at all levels, then we know it'll be safe in the future.