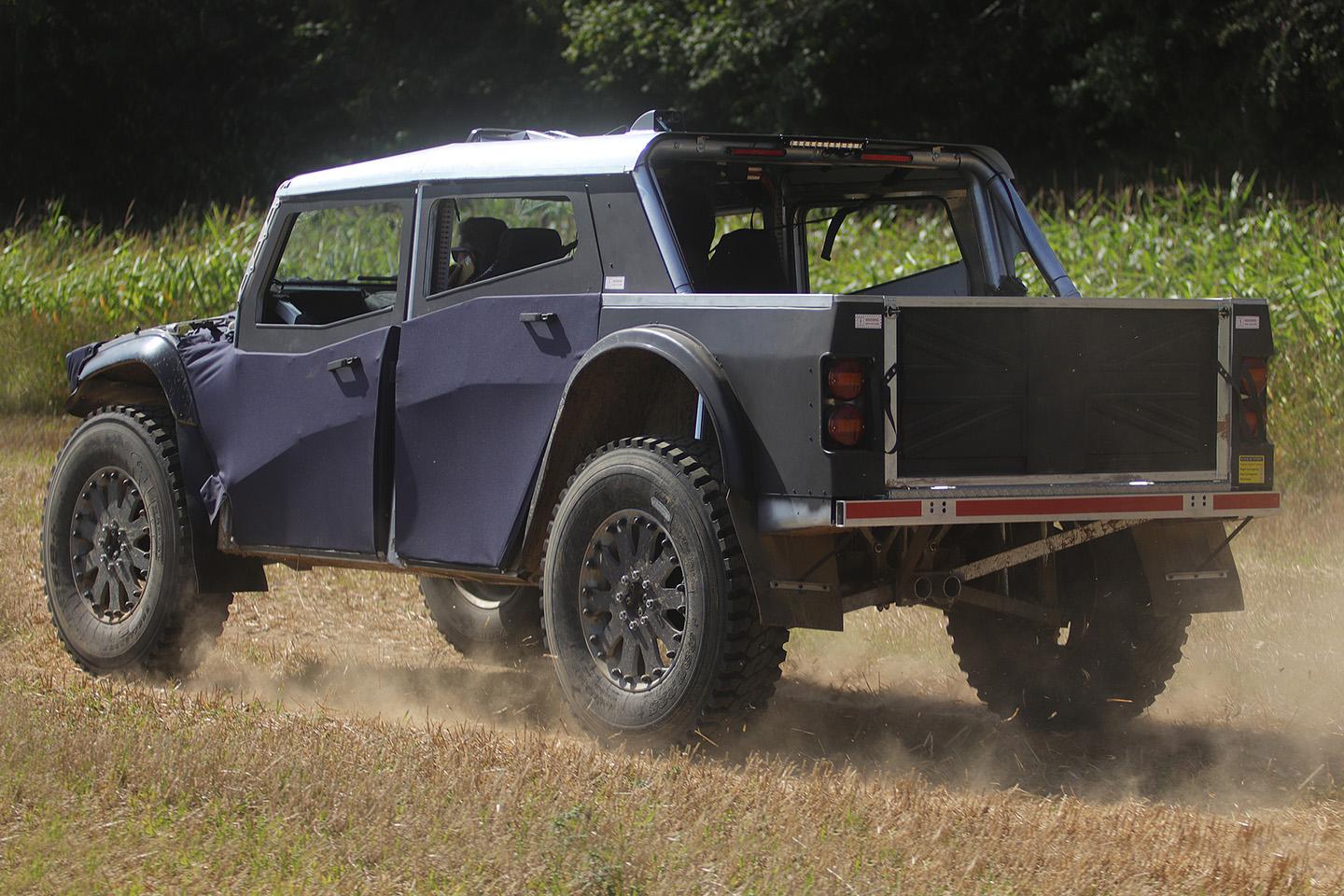 A new British firm has created a low-emission 'adventure vehicle' which it says is good for over 4,000 miles of off-road exploration without refuelling. The Fering Pioneer uses a range extender configuration and long-range fuel tanks to achieve the incredible distance, and is specifically being targeted at users looking to visit remote and very challenging locations with minimal support.

No bigger than a Transit van, the Pioneer is underpinned by an aluminium spaceframe chassis, but doesn't use conventional body panels. Where necessary it deploys 'tough fabric' - apparently similar to the canvas used in hiking boots - which shrugs off damage and can be easily replaced. This helps keeps the weight down, too - Fering claims a 1,500kg dry weight for the car.

That's good going when you consider the tech onboard. The Pioneer gets two electric motors, one for each axle, and a 20kWh battery. The manufacturer says a deployable 442lb ft of torque is ideally suited to the business of extreme off-roading, and it has used Lithium Titanate Oxide cells for the comparatively small battery because they are more robust than the Lithium-ion type found in most electric vehicles.

The Pioneer can make do with a lighter battery because it's backed by its own generator in the form of an 800cc three-cylinder diesel engine. The idea is that the oil burner runs consistently at 'its most efficient level' and generates the power to run the motors and charge the battery during normal driving, then when the landscape requires it, the car can go into full EV rock-climbing mode.

The electric-only range is limited to around 50 miles - which in truly difficult regions suggests you might have to stop to do some recharging along the way - but Fering reckons the car will still deliver around 50mpg. And that's in its current format; the Pioneer is designed to be adaptable, which means that the firm can modify it to suit the unique requirements of different customers. That includes the option of larger batteries and/or a bigger range extender.

That kind of flexibility pervades the design elsewhere. The 22.5-inch rims aren't that size to look good, it's because they're intended to accept a standard truck size tyres widely available around the world. If you don't need long-range fuel tanks, Fering says you can replace them with the water-carrying kind. In fact, in terms of payload, the firm reckons the car is capable of lugging an additional 1,500kg to faraway places.

And the plan is for it to never stop. So easy is the Pioneer to repair and upgrade, Fering suggests there is no need for a finite lifespan. The concept isn't pie-in-the-sky either - the team says it's already in the process of rigorous testing, and assuming initial discussions with prospective customers goes well, it plans to begin series production in the UK some time in the first half of next year.

Said team is impressively assembled, too. Ben Scott-Geddes is Fering's founder, and his CV includes prominent positions at Ferrari, McLaren and Caparo, where he was responsible for the T1. In fact it seems everyone working at Fering has had stints at McLaren or TVR or Caparo or is a specialist in military vehicles or expedition leading. The Pioneer suggests their expertise is being put to good use.