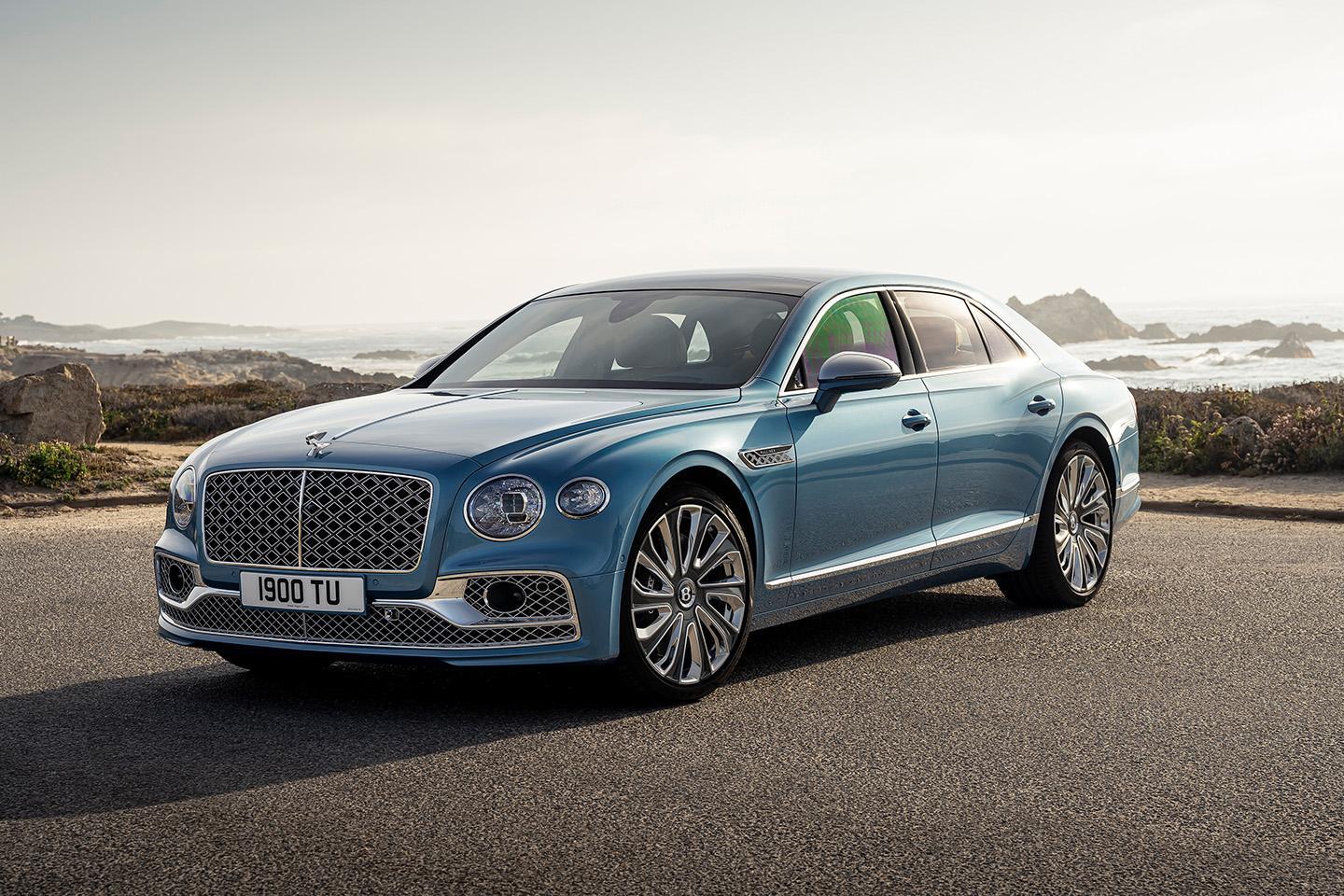 For most, the Bentley Flying Spur already represents the pinnacle of luxury motoring. But there will always be a few more for whom the best isn't quite good enough - and it's easy to imagine many of those being Bentley customers. For those buyers there's now this, the Flying Spur Mulliner.

Introduced at Monterey Car Week and set to be offered with the V6 Hybrid, V8 and W12 powertrains, Bentley believes the Mulliner is nothing less than "the ultimate expression of modern craftsmanship and breathtaking luxury". The Spur was hardly a spartan saloon to start with, so that's quite the claim.

Outside, the Mulliner can be identified by exclusive 22-inch polished wheels (with wheel caps that stay upright all the time), Mulliner vents in the wings, silver mirror caps like it's a fast Audi and a 'Double Diamond' front grille. Your driver will no doubt appreciate the 'jewel' fuel cap as well.

But it's inside where the Mulliner really earns its stripes as the flagship model. Note the new treadplates, overmats and brushed silver clock. The upholstery is predictably lavish as well: Mulliner buyers can choose from one of eight three-colour combos for the interior, with leather as far as the eye can see. The car here shows off the 'Ascot' theme, with Camel light tan dominating and Imperial Blue for smaller sections. The third colour is white, used for the embroidery and piping. A standard Mulliner Driving spec means the leather is 'Diamond-in-Diamond' quilted, too, and each diamond takes 712 stitches. So be sure to appreciate those before dropping your powerfully built frame in there.

Further Mulliner highlights include new graphics for the dials, electric picnic table for the rear seats and leather-bound keys in a Mulliner branded box that's trimmed in the same colours as the interior, right down to the contrast stitching. No excuse for losing the spare, then.

With the Flying Spur Mulliner just revealed, Bentley hasn't yet confirmed pricing or availability for the two models in the UK. However, bear in mind that just the Mulliner Driving Specification adds £15k, before even thinking about the interior upgrades, and it's clear that the best version of Bentley's best car isn't going to come cheap. Given a V8 starts at just over £150k, don't expect a Mulliner to cost any less than £200,000. Those that can't wait, though, might want to consider nearly new; this Spur V8 isn't quite to lavishly specified, but does have the Mulliner Driving Specification. It's yours for a smidge over £200k with 600 miles.