Ever fallen out of a Lotus on a petrol station forecourt? This shortlist is for you... 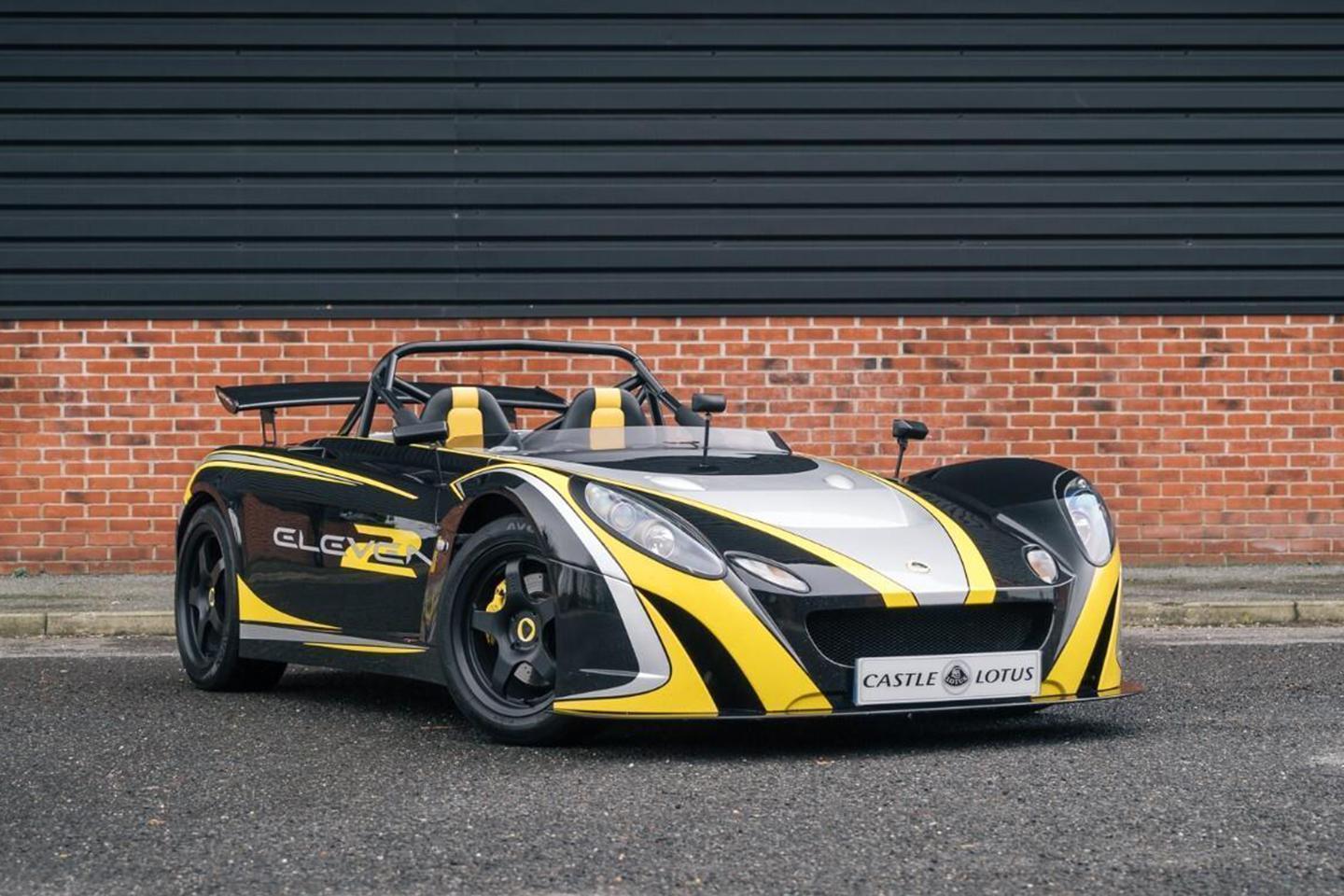 Though VW USA almost single-handedly ruined April Fool's Day, there was still some joy to be found across automotive yesterday. From Alfa with Instagram filtered windows and Dacias in space - 'Dustar' is very clever - it was nice to see some tongue-in-cheek action from an industry that takes itself very seriously. And during a period which could hardly be called rosy.

One prank stood out above the rest, though, and that was Caterham's (which was fairly brave when you consider that the firm had genuinely seismic news in its back pocket). It was a release introducing us to the concept of 'Seven Lube', an oil-based emollient "designed to grease the user lightly in order to aid a quick and satisfying entry to the Seven's driver and passenger seats." Arf arf etc.

Caterham suggested it had taken 17 months to develop and cost just £7.77 - and the "lard-like" lube was an investment for any Caterham owner. CEO Graham McDonald reckoned it would make getting into a Seven "just as easy as any mainstream vehicle." Why is precisely the sort of well signposted, self-referential, knockabout fun that April Fool's is supposed to be about. Not worryingly believeable name changes.

Anyhoo, the line from McDonald that really rung true was: "There's always been an art to getting in and out of a Caterham and, actually, we're rather proud of that. It makes driving our cars even more of an 'event'." We could hardly agree more; a Caterham that was easier to get into - with the help of lube or otherwise - just wouldn't be the same. Nor would many of the cars of its ilk.

So this Buy Hard celebrates bruised shins, burnt wrists and pulled hammies. The cars that are awkward, frustrating, irksome - and usually absolutely wonderful with it as well. We've even included one or two anecdotes of our own misadventures, times when something like the Seven Lube might have been very handy indeed...

Hands up, I've not struggled to get into or out of a 2-Eleven. I've not even driven one. But I have battled with a 3-Eleven, the V6-powered follow up, so hopefully that's good enough.

To this day, nothing has been quite so wild. Our 3-Eleven wasn't a regular one, either, but the 20-car '430' edition made in 2018. So quite a lot more than 400hp, quite a lot less than 1,000kg, and one of those grisly March days that never sees any semblance of warmth or light. Still, it says a lot of how good the 3-Eleven was that driving it was far less of a palaver than just getting in - maybe the Caterham lube would have been handy that day. Or maybe not...

Obviously it's open, so should be easy, but there's just nowhere to put anything useful - you know, hands and feet - to get in. Really it's best to hurdle into a 3-Eleven, but I'm not the most athletic. As the picture below demonstrates. And I didn't want to kick or punch anything on a £100k car. The image might be getting in or out, I'm really not sure.

Still, what a car. Anything that requires a helmet is obviously going to be intense, but it was the fact that the 3-Eleven retained so much Lotus delicacy in addition to the sensory overload that was most memorable. Given the 2-Eleven is lighter still, I'd expect even more of the same. This particular one is an early Lotus Motorsport build, yet has only covered 9,000 miles since 2007.

That said, given roofless Lotus miles are like dog miles (seven times more exhilarating than anything else on four wheels) perhaps that's not a bad return. It might also explain seven owners in that time as well - the Lotus is sure to be pretty full on. Still, if I master ingress and egress without looking a total buffoon - maybe in a quiet corner of the paddock - what an experience the 2-Eleven promises to be. MB

My only Caterham experience prior to driving the 620S was in a Seven 160; you know, the entry-level one with its humble Suzuki three-pot. Suffice it to say the step up was like going straight from playground swings to base jumping. The 620S didn't just feel fast, it was easily the fastest accelerating thing I'd experienced. I'm not even sure that I've felt more savage forces on my torso and neck since, and I've had a go in quite a few senior race cars since then.

Of course that doesn't make the car any easier to get in or out of. Any Seven owner will know the perils of wearing shorts when going for a drive. The smell of your own lightly cooked flesh always adds something to the experience. Ditto the process of getting in and out with the roof on. I've seen Nic do this in a multi-storey car pack, and his 'superman' entry (followed by a swivel back into the driver's seat) is quite the sight when you factor in his Gimli-son-of-Gloin proportions.

Still, it's all worth it. No power steering, semi-slick tyres and manual gearbox, all mated to such an explosive supercharged four-cylinder that vibrates through the chassis. To be told that this was the 'softer', more road-focused alternative to the even wilder 620R makes it all the more vivid. Nothing, maybe aside from the Alcantara cabin trimmings, felt softened to me. The soreness of my neck after each drive confirmed that the 620S remained properly brutal, although admittedly, I never found myself wanting to stop driving it. Or go to the faff of getting out again.

And that, to me, is pretty much bang on what an open-top sports car of this kind should be like. There are slightly less potent, but much more road-friendly alternatives out there, but the 620S offers an unforgettable experience. I've yearned for one ever since, although I will admit this time to picking out a wider SV car, for the added cabin room. It's a tad heavier as a result, yes, but in a car as ballistic as this, you'd honestly not notice. This one comes with free pre-trackday checks for life, which I'd intend on putting to very good use. But not before toughening myself up in the gym first... SS

The Nomad was among the first cars to make me feel old. Or possibly I mean fat. Because while it doesn't look especially difficult to get into - there's a lot of framework to hold onto after all - it does require a certain nimbleness to execute the manoeuvre with any finesse. And Bond-like finesse is what you want when you're in front of the factory, and in guffawing distance of Ariel employees.

A former colleague developed a natty way of climbing over the rear of the car and dropping into the driver's seat through the topmost hole. But, again, this requires a bit of balance at the vital, tottering moment - which is always made trickier by 15kg of ballast that nature never intended your legs to have to carry around.

I always opted for the more conventional feet in first, then an almighty Orang-utan-style swing on the A-pillar followed by a small crash. Lord knows how anyone larger and older than me manages it. But they definitely do because Ariel does a roaring trade in circa £50k Nomads, and I'm fairly sure they're not being sold to gymnasts in their twenties.

Of course the simple answer is that people accept a few seconds of undignified freefall for what comes next. And that is almost non-stop, next-level motorised fun. More so if you indulge Ariel's extensive option list. The discerning owner of this particular example has done so in exemplary style, adding not only the hugely expensive Ohlins but also the to-die-for hydraulic handbrake, meaning the car is ideally configured for properly strenuous off-roading. That makes it expensive to buy, of course - but very easy to love. NC