Who's behind Formula E?

The FIA, for starters. And that backing is not to be underestimated. Credibility of support from the worldwide governing body gives Formula E the clout it needs to attract sponsors, host cities and manufacturers. 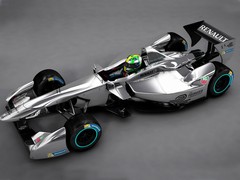 Renault has signed up to Formula E

The championship is managed by Formula E Holdings. Its CEO Alejandro Agag is keen to encourage Formula E as a test bed for EV technology whilst also being a competitive and engaging race series. In a recent interview Agog said, "Many people don't think about buying an electric car because they don't know the facts about them. We want to show everyone what these cars can do."

Where will it be held?
For 2014, nine venues have been confirmed with the possibility of further additions to come. They are all city centre tracks, with Formula E's aim being to promote the use of EVs in polluted urban environments. Cities signed up as hosts include Los Angeles, with races in Miami, Buenos Aires, Rio de Janeiro, London, Paris, Bangkok, Rome, Beijing and Putrajaya. 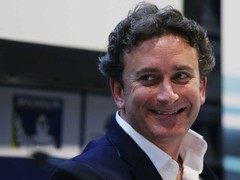 As it stands the 40 cars supplied to the 10 teams taking part will be built by Spark Racing Technology (SRT), with Renault recently confirmed as a technical partner. As such the cars will be known as 'Spark-Renault SRT_01E' products, the French brand keen to use Formula E as a showcase for Renault's ongoing electric roadcar programme. What, you thought

was just a bit of fun?

McLaren has also worked with Spark on developing the car, with Drayson Racing involved as well and Dallara in charge of the design. The Spark-Renault cars all run on Michelin tyres. Williams supplies the batteries.

From 2015 teams will be able to use their own powertrain technology in the cars, though the announcement today that Bluebird will enter Formula E and has its sights set on producing its own car both for a Bluebird team and as a customer car for other squads. It'll build a prototype car in time for the FIA's World Motor Sport Council meeting in September in the hope of putting its own car on the grid from 2014. 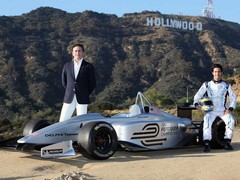 LA has signed up to host a Formula E race

Tag Heuer has recently been confirmed as the official timekeeper and a founding partner of Formula E. The Swiss watch firm has a long historical association with motorsport and is currently partnered with the McLaren F1 team and Audi's Le Mans campaign. Jean-Christophe Babin, Tag Heuer's CEO, said Formula E was a 'natural fit' for the future of Tag, following its alliances with Tesla and Green Cross. It will provide live timing for each of the 10 Formula E races through its Tag Heuer Professional Timing division.

Will it last?
Naturally, Lord Drayson is bullish about Formula E's prospects, having talked to PH in depth about his plans. He's keen to point out the emerging car markets (China, India, Brazil) have little affiliation with the internal combustion engine and so Formula E could really promote an EV infrastructure to governments and European prestige manufacturers in those nations. He has said "people don't have that culture or sense of history but just know they want a very nice expensive car ... it's quite challenging for those companies to see how they're going to maintain that in the future." Car firms are always keen to promote motorsport links, so an association with Formula E could prove beneficial if it succeeds. 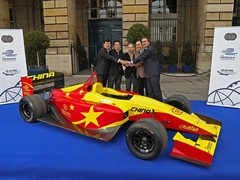 In Western nations, Drayson is keen to identify EVs with excitement and speed rather than "greenwash or boring city cars." He's adamant the sustainability of Formula E will stem from the car industry's moves toward electric vehicles.

Recent confirmation that Nissan is aiming to 'electrify Le Mans' with its DeltaWing inspired ZEOD RC proves electric power's influence is spreading throughout motorsport too.

How will the racing work?
For the 2014 season, Formula E aims to have 10 teams, each with two drivers and four cars. All the races will take place around the major landmarks of the cities involved and last around an hour. Practice and qualifying will take place on race day also, meaning a packed schedule.

What are the cars like to drive?
The Spark-Renault single-seaters will be capable of more than 140mph and 0-62mph in around three seconds. Following the recent Formula 1 tyre controversy, Drayson is keen for the Michelin rubber to have as little bearing on the result as possible. He's adamant the only constraint should be energy, saying "I'm really clear that Formula E is maximum attack, if it isn't I don't want my team doing it." 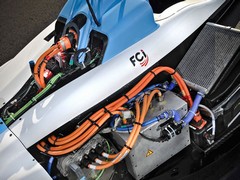 Teams will build their own motors from 2015

Moreover, the Formula E drivers will have to learn new city tracks in new cars with no run off. Lord Drayson was also keen to point out that "there's not much grip because the cars don't have much downforce."

Should we care?
Speaking last year at 'Britain's Motorsport Industry - the business of winning' business minster Mark Prisk said, "Worth £6bn per year to the UK economy - £3.6 billion of which are exports - our motorsport industry is leading the way in developing high performance engineering technologies that have benefits not only for motorsport but for the automotive, defence, aerospace and marine industries too, both here in the UK and across the globe."

Clearly whatever your views about electric cars - racing or otherwise - the business case for Great Britain PLC to be there at the forefront is clear. And if Formula E showcases that and inspires the next generation of engineers and scientists then job done.