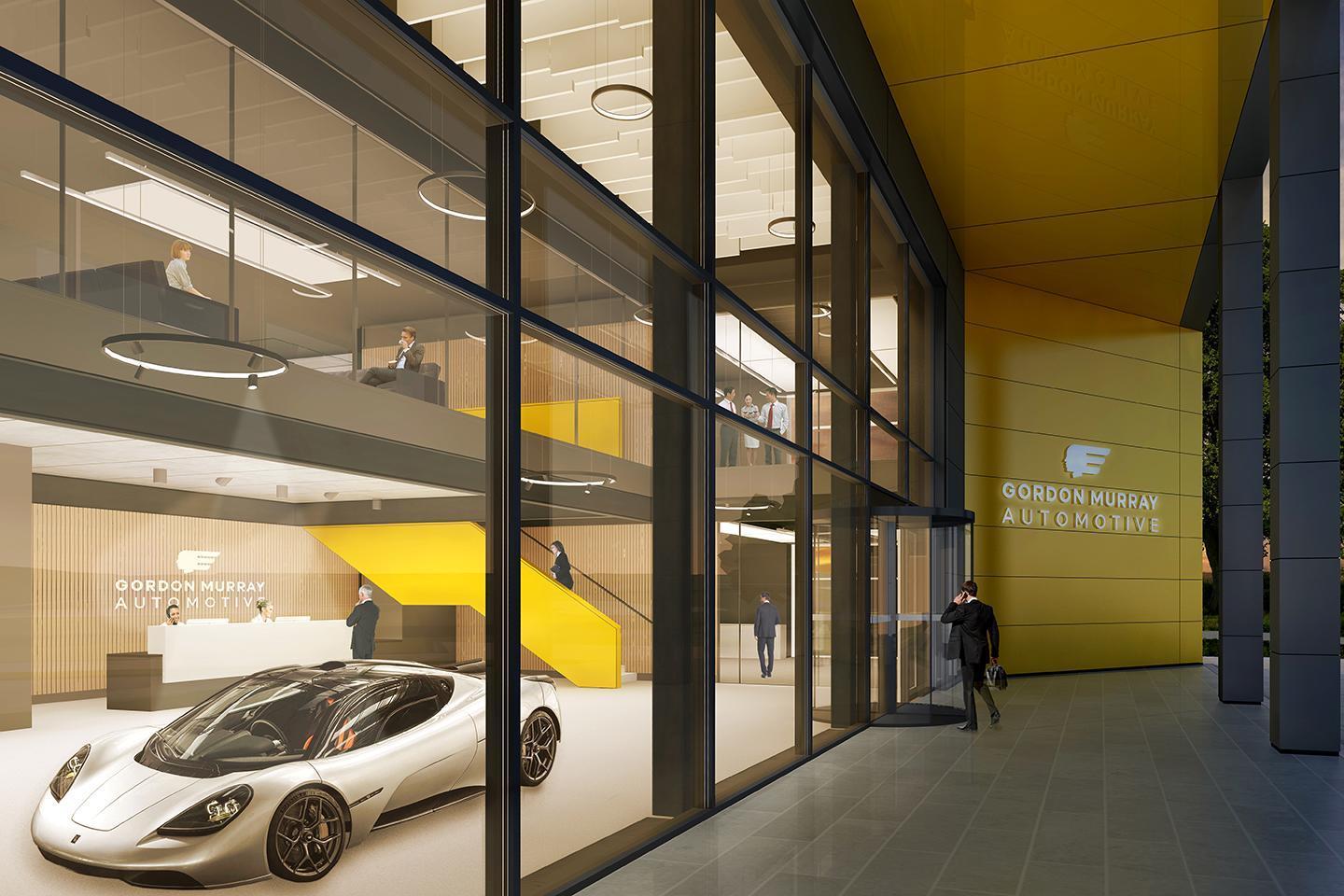 Fresh from the triumphant reveal of the new T.50 hypercar, the Gordon Murray Group has announced plans for a new technology campus in the heart of Surrey's green belt. Located within seven miles of McLaren's Technology Centre, the all-new 130,000 sq ft headquarters at Windlesham will house production facilities alongside considerable resource for design and engineering, research and development - and even a heritage centre.

Earmarked for £50m of fresh investment, the new site is indicative of a significant uptick in ambition following the unveiling of the V12-powered T.50 in August. Windlesham is all about the future: the firm expects more than 100 new jobs to be created as it gears up for the production of a as-yet-unspecified second model. The facility will be created in three phases, with the building devoted to sales and manufacturing expect to be completed first. Two additional buildings, the brand's headquarters and R&D centre, will follow in subsequent years.

"This new technology campus and global headquarters is a major investment and a huge step forward for the Gordon Murray Group, as we gather momentum for the next phase of our business and our brands, spearheaded by the all-new T.50 supercar," explained Professor Murray, chairman of GMG.

"This new HQ is a significant investment and will create high value-added new jobs. We're also proud to be already making significant contribution to UK exports, and helping secure the vital UK automotive supply chain. Over 90 per cent of the content of the new T.50 comes from UK suppliers, which is something that we specified from the start. It is designed, engineered and manufactured from world-class British components in Britain."

Given the timescale involved with the proposed building work, the firm's existing premises at Dunsfold Park and Shalford will be retained, and the T.50 and track-only T.50S will be built at the former as planned. Speaking to PH late last week, Murray confirmed that Shalford will be dispensed with first as the company makes its slow transition to Windlesham. The project is not due for overall completion until 2024.

While GMG already owns the 54-acre site, the plans for its development remain at a relatively early stage. Local residents were consulted last month, with the reaction said to be overwhelmingly positive - not least because GMG has promised to sympathetically integrate its new buildings into what was once an 18th century deer park. More recently, the same location was the backdrop for BOC's headquarters, and still features the substantial building originally designed to represent an oxygen molecule.

Murray confirmed that this facility will be kept, though apparently it is in too decrepit a state to be utilised immediately. (Some PHers may know the building as the last official resting place of Bristol Cars, ahead of its court-ordered liquidation under Kamkorp ownership.) The site's new owner would not be drawn on plans for the architecturally significant structure, although GMG's planning proposal suggests that some kind of educational venue might be under consideration in the future.

For now, the focus is on the three entirely new buildings proposed for the immediate future - as well as the 'test road' that will flank them. Murray confirmed to PH that GMG's plan incorporates a shakedown area for cars fresh off the new production line rather than a traditional test track (it has recently confirmed a two-year lease on facilities at Millbrook proving ground for that purpose), though it will feature pave surfacing and other features aligned with the job of scrutinising each and every car built at Windlesham.

Plainly the identity of the model due to start rolling off the new production line remains a closely guarded secret; for now GMG is rightly preoccupied with the progress of the T.50. Murray confirmed that the car's development programme starts in earnest next month and is due to last well into next year. Pre-sales of the model are said to have gone well, and Murray suggested that additional evolutions of the Cosworth-designed V12 have since exceeded the 650hp output originally stated for the naturally-aspirated engine.

Additionally, Murray dismissed the idea that a location so close to MTC was intentionally selected to rile his former employer (the designer has lived and worked in Surrey for over 50 years) although he did suggest that several ideas submitted - and subsequently rejected - for McLaren's showpiece headquarters were duly being incorporated into the 'low energy, very functional' buildings proposed for Windlesham.

"Our innovative new technology campus is a fantastic new home and will give us world-class facilities that have been designed with a lot of attention to communication, workflow and social interaction - which will bring new levels of productivity to our already very efficient team," he noted. Murray's nonchalance will not be replicated in Woking; expect McLaren to take a profound interest in the progress of its new neighbour as it steadily matures from pet project to pocket-sized rival.