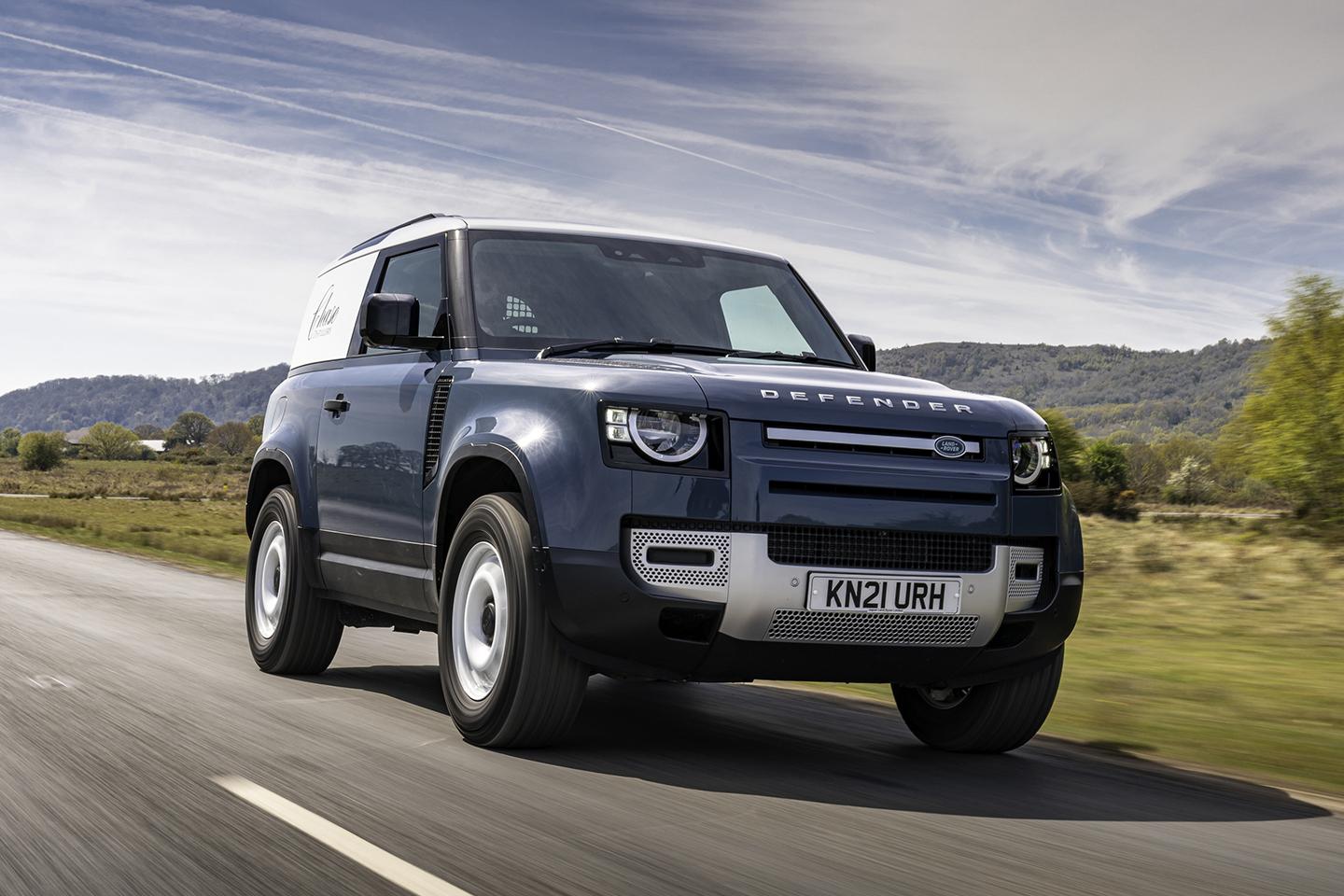 It was February that Jaguar Land Rover announced its Reimagine strategy, the plan for zero exhaust emissions by 2036 and net zero carbon across much of the business by 2039. Now we're getting more of an idea about how that's going to be achieved, with development underway on a hydrogen fuel cell electric vehicle prototype.

Based on the new Defender, Land Rover's FCEV is working under the name Project Zeus. There's government funding to the project, too, which aims to discover how hydrogen can be used to benefit SUV customers. Obviously it's that's been on the alternative fuel fringes for yonks now, but never in an application like the Defender. Project Zeus will find out how an FCEV can deal with towing, off-roading, long-range cruising and so on.

As is fairly well known, there are clear benefits to using hydrogen to power an electric vehicle. It only takes as long as a petrol car to refill the tank, and FCEVs are less susceptible to temperature fluctuations than battery electric vehicles. The problems are just as well known, too: it can seem like you'd have more luck filling up with jet fuel than hydrogen in the UK given a dearth of stations, and the cars are expensive to buy. The Toyota Mirai is a 180hp FCEV that costs £65k.

Aware of those drawbacks, JLR cites research from both the Hydrogen Council and the International Energy Agency in its Defender release to bolster the case; those studies found that, in just the past three years alone, the global number of FCEVs on the road had doubled and the amount of refuelling stations has increased by 20 per cent. It's predicted that numbers could (that seems the operative word) reach 10 million vehicles and 10,000 refuelling stations worldwide by 2030.

Land Rover is working with a range of partners to realise the FCEV idea, including Delta Motorsport, Marelli Automotive Systems, AVL and the UK Battery Industrialisation Centre. It's intended that Jaguar Land Rover's FCEVs will exist alongside BEVs in the future product plan; not all eggs are going into one low carbon basket. Ralph Clague, Head of Hydrogen and Fuel Cells for Jaguar Land Rover, said: "We know hydrogen has a role to play in the future powertrain mix across the whole transport industry, and alongside battery electric vehicles, it offers another zero-tailpipe emission solution for the specific capabilities and requirements of Jaguar Land Rover's world class line-up of vehicles."

With a line-up of vehicles best suited to long distances on- and off-road, there's plainly an incentive for Jaguar Land Rover to devise powertrains that can cope with all owners demands. For now, FCEVs seem the best way of doing that - expect to see a Project Zeus prototype on the road later this year.