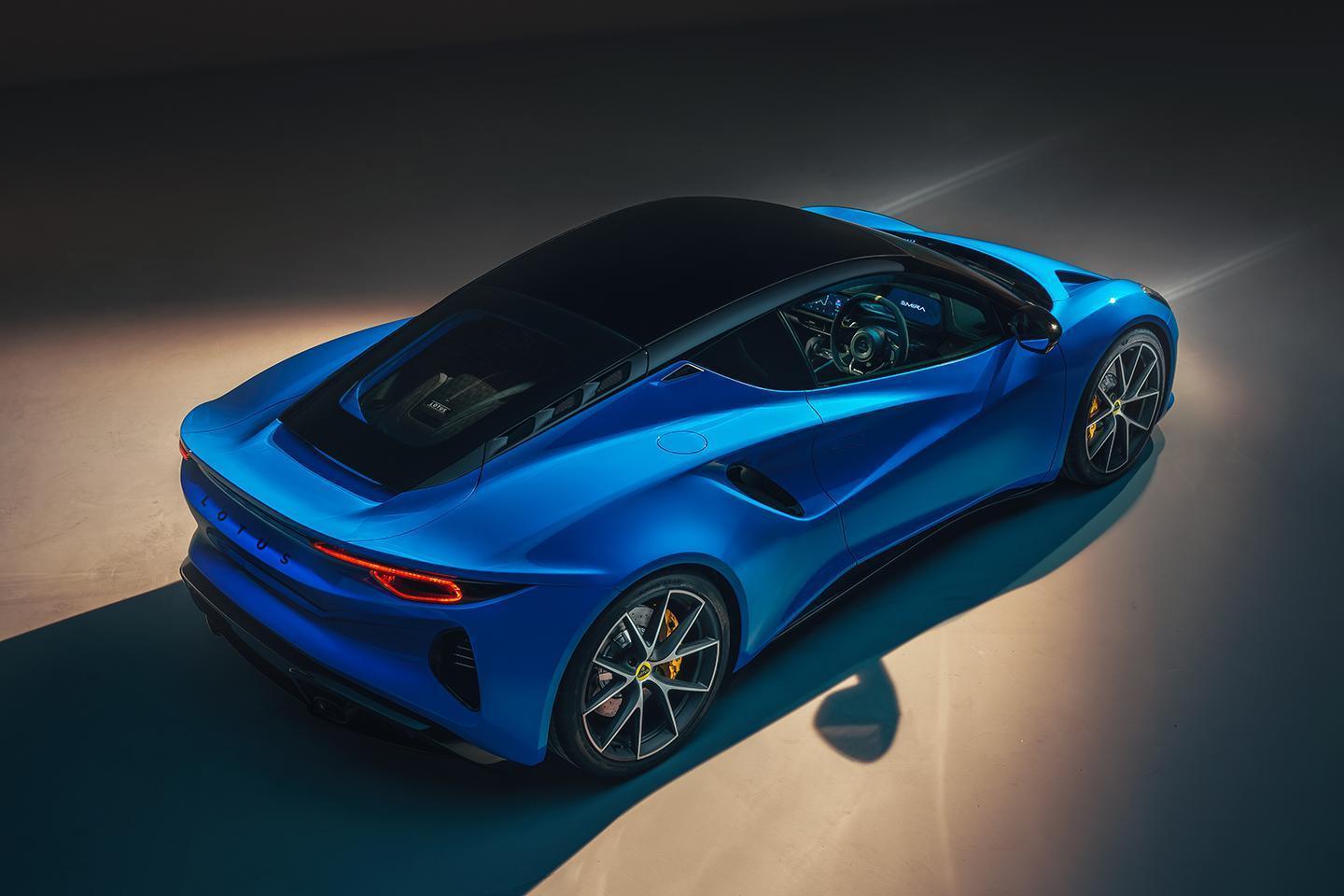 It would probably be enough with the Lotus Emira to let the pictures do the talking. But, in case you are in any doubt whatsoever, I'm here to tell you that it's safe to believe your eyes: in the flesh, the new model is terrifically good looking.

Granted, that opinion is based on seeing it under deeply flattering studio lights, which are designed to bring out the best in any car. But much walking around during three hours in its company confirmed that the Emira does not possess an unfavourable angle. It looks terrific wherever you stand. Or put the camera.

Of course much is owed to the mid-engine proportions and the cohesiveness of the Evija-influenced design, but it is also about scale. Yes, the Emira might be slightly larger than any of the cars it is replacing, but growth is not bloat in this case - it remains a compact rear-drive sports car in the finest tradition. Not quite pocketable, perhaps, but perfectly sized for a B road. And that makes you like it all the more.

Honestly, it reminded me of first seeing the Series 2 Elise up close and personal on the Bell & Colvill forecourt a lifetime ago. That encounter was at nighttime, too, and evoked the same wide-eyed, low-whistle response. Except the Emira ramps up the downscaled supercar vibe by a factor of ten.

It does this partly thanks to big wheels and LED lights and the scalloped finesse of much more intricate lines - but also because you know that the new car is harbouring a proper, grown up interior. For anyone who has endured a Lotus cabin for an extended period of time - and not fallen dramatically out of the love with the brand as a result - the Emira's cabin is incontrovertible evidence of the new money being pumped into Lotus.

It is modern. It is sumptuous. It is tactile. It is supremely inviting. It has door pockets! It is less a step-change than it is a quantum leap. It is going to stagger even Evora owners. And okay, this is a hand-built show model controlled remotely by an iPad - but if the ambience translates into the production car, then Porsche - for the virtually the first time in recent memory - really has something to worry about.

Because, as Matt highlighted in our reveal story, if Lotus succeeds in delivering on everything it typically does well - i.e. the business of going, stopping and cornering with class-leading elan - and can bake it into a liveable, lovable, undeniably modern mid-engine sports car, then finally Hethel has itself a genuine, all-singing rival to the Cayman. And boy wouldn't that be nice?

Fortunately, you don't have to take my word for it. After the rightly big fuss the manufacturer is making tonight, the Emira will be a star attraction of the Festival of Speed this weekend. If you're lucky enough to be attending, I urge you to pay it a prolonged visit and ponder deeply what the final combustion-powered car means for Lotus and its near-term legacy. After all, seeing is believing.