Lighter, faster and heavily updated 400hp Evora is new boss's vision of what Lotus SHOULD be 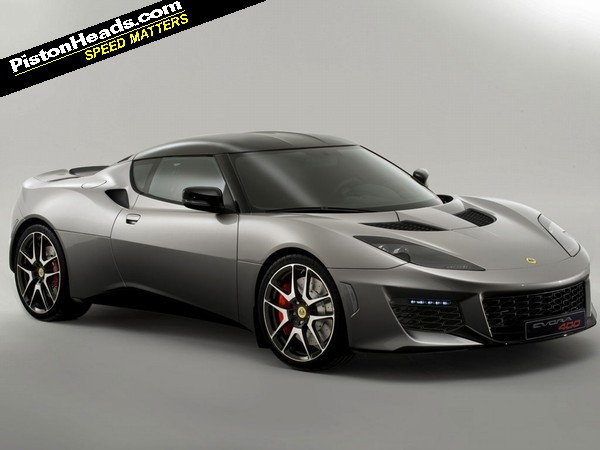 Colin Chapman's famous quote "If you're not winning you're not trying" is prominently displayed on the central spiral staircase at Lotus's HQ in Hethel. Except no-one was seemingly applying it to the one metric that really counts in a car company - making money. 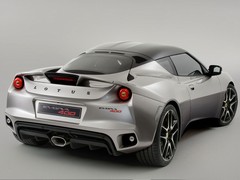 Now the guy running Lotus, seasoned auto exec Jean-Marc Gales, is working flat out and says Lotus will be back in profit in 2017. He gave PH the full tour of how he's doing that, including revealing the first redesigned car specced to what he believes is the winning profit formula: the Evora 400.

Making its debut at the Geneva motor show and on sale from August, this new car IS the new Evora range. Out goes the standard 280hp car and the 350hp supercharged S to replaced by one firebreathing model making 400hp from a significantly manipulated version of the supercharged 3.5-litre V6. It's also 22kg lighter.

Dressed for success?
It also looks fast. Great gaping intakes within the new front spoiler and a redesigned rear end with its bigger diffuser, three-element wing and three-inch exhaust give the car an aggressive demeanor the prettier but overly polite original Evora perhaps lacked. 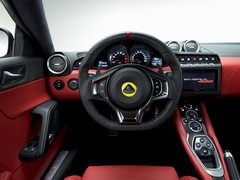 So fast, fearsome but also feelsome. The materials seem so much better on initial prod, both inside the leather-rich cabin and on the bodywork. See getting rid of the chicken-wire intake mesh on the bonnet in favour of composite egg-crate for one example. "The car looks twice the price," Gales reckons, boldly.

This figure will now be around £72,000, a looong way from the £47,500 of the original Evora back in 2009. But it won't put off new customers believes Gales, who's gearing the factory up to make 70 Lotus cars a week, up from 45 now. Meeting regulations on side airbags in the US, the Evora's biggest market, will help hugely.

The standard spec is at least generous, including a rear-view camera, heated leather seats and an Alpine sat nav. Also on the manual car there's a Torsen-style Quaife limited-slip differential. Hang on, hasn't Lotus always said it doesn't need LSDs if the car is engineered correctly? Gales is ready with an answer. "We've never have had 400hp before. It makes it very fast round the track."

The success of the Exige also prompted the power race. "We've now already sold twice as much as we anticipated." Gales says. 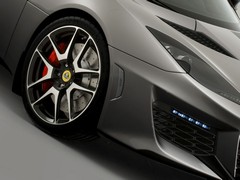 The extra 50hp in Evora is provided by a bigger supercharger, hidden behind a lovely new aluminum engine cover seen through the rear screen. There's a new intercooler too. Despite that, both manual and auto models duck under the 225g/km tax-slap threshold for CO2.

Gales reckons two thirds of the car is new, including the aluminium tub. As promised by Gales back when we spoke with him last year, the sills have been slimmed by 40mm and lowered by 50mm to make getting in and out a lot easier (we tried it). The tub is no less stiff, Gales reckons, but looks to make the car a less daunting daily driver if, as we're promised, the ride hasn't been made too taut.

Gales can claim to have boosted sales too; wholesales at least. The extra 31 dealers added globally since Gales arrived have hoicked numbers to 1,718 in the last 10 months and he reckons 3,000 for the next financial year is achievable. Last financial year Lotus only managed 1,403. The following financial year ending March 2017 he confidently predicts Lotus will achieve that rare thing: profit. "It's something we haven't done consistently in over 20 years. We basically never did it on the car side," he admits. Last year the company lost £65.6m and £159.4m the year before. 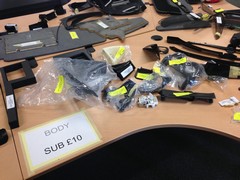 Generating that profit will come partly from savings arising from shedding 255 staff (announced last year and now completed) with yet more coming from stripping costs from the cars themselves. Gales is ruthless in this. He takes us to what he calls the tear-down room were the Evora, Elise and Exige are dismantled to their constituent parts with each part labelled with its cost in pounds to the company.

He's been through the lot and chivvies his team to find cheaper and if possible lighter alternatives that don't compromise quality. Or, in the case of the Exige's armrest and electric glovebox, bin them altogether. "Both saved 2kg and £60. In a sports car you don't need it," he said.

For example in the Evora 400 he swapped Recaro front seats for Sparcos at 60 per cent of the price and 6kg lighter. They're also beautifully trimmed with Scottish (Bridge of Weir) leather and lovely to sit in.

You get the feeling he's thoroughly enjoying shaking up Lotus. From the outside Dany Bahar seemed to exist in a distant-future where problems were solved and life was one long Pebble Beach party. In contrast Gales clearly thrives in the here-and-now to use all his bean-counting, engineering and supply-chain knowledge gained in senior roles in Peugeot-Citroen, Mercedes and VW among others. 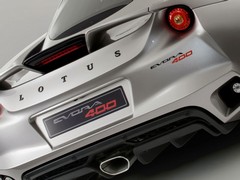 "In terms of processes we are becoming more like bigger players. And that's what we really need to do."

He holds "12-15" meetings daily with staff from all departments, most standing up and under 30 minutes long. "It's hard but it's a lot of fun," he says. The staff must be reeling.

An aerial photo of the factory is his "favourite view" because it shows that almost entire operation is on site: factory, trim shop design studio, FIA approved racetrack. Only the wholly owned aluminum tub maker in Worcester is off-site.

Hethel is some toy, but Gales isn't playing make-believe with it. His dreams extends to pushing sales to 3,500 a year rather than Bahar's 10,000 and he says improvements to the current models will last Lotus up to 2020, and only then will new models be considered. "There's so much life left in the ones we have," he says. From the looks and promise of the 400 that seems to be case with the Evora.