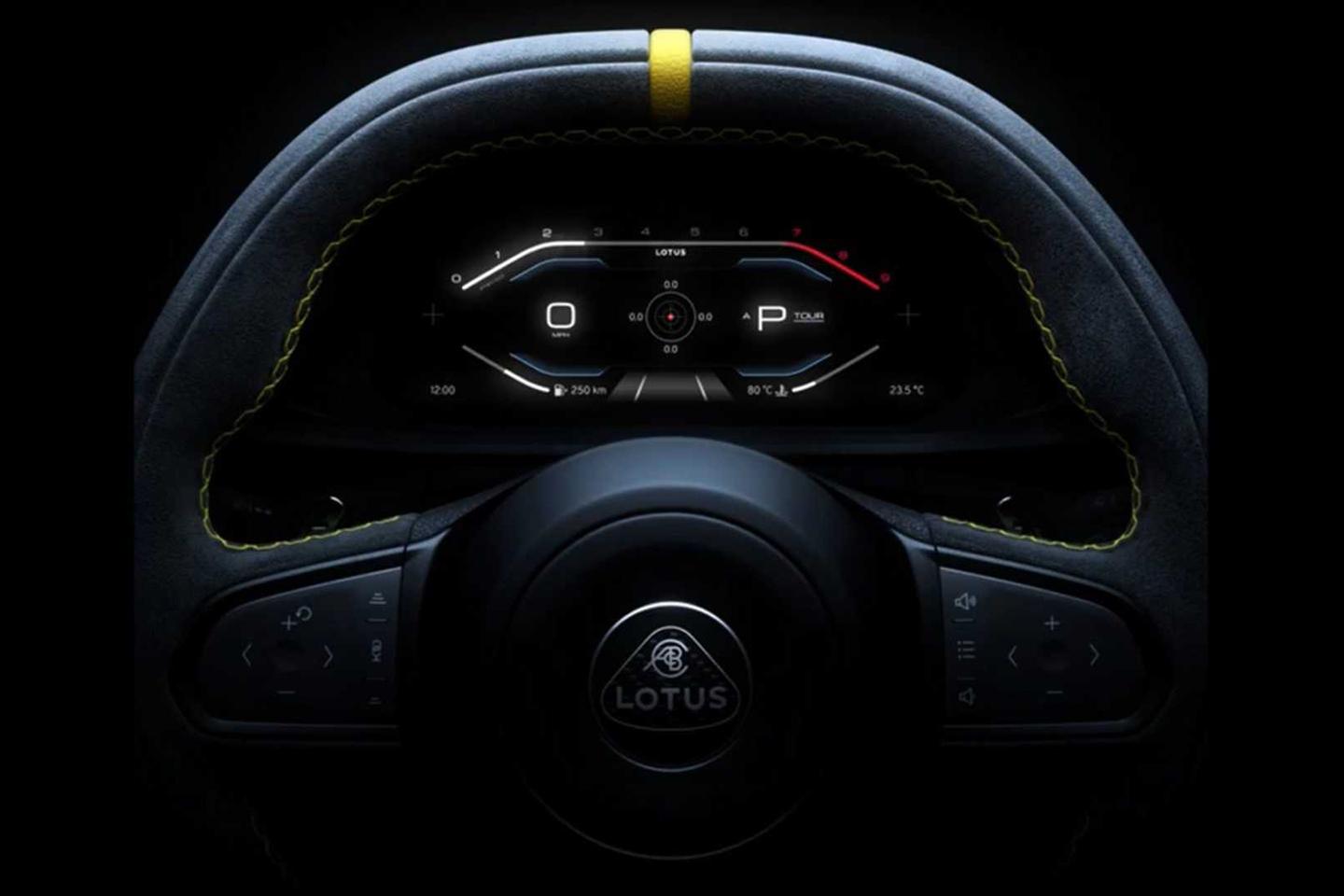 Is there a car we're more excited about seeing this summer than the Lotus Emira? Probably not. Not only is it the first all-new combustion-engined Lotus since the Evora and the last petrol-powered one ever, it has also been tasked with the job of effectively replacing the Elise. Which is like replacing Concorde or Kate Moss. Because it set the benchmark for a generation of lightweight, rear-drive sports cars - and while its faults became more obvious in recent years, its underlying raw talent is not in question.

Understandably then, Lotus is building up to its reveal next month at what seems like a glacial rate. In April we had the name confirmed (it basically means 'leader' if that fact passed you by) and just last week its maker announced that pre-production had commenced following a £100m investment in new facilities. The centrepiece is a 12,000m2 assembly hall which heralds part-robotised production at Hethel for the first time.

Now Lotus is back to previewing the car itself. Cue some social media teaser shots of the new steering wheel and digital dash - our first glimpse of the Emira's interior. What can we learn from them? Well, the modern-day cues are present and correct: a brace of multi-function menu buttons, drive modes and multiple screens signal Lotus's triumphant arrival in 2021 - as does the G-meter the car has clearly been equipped with.

Additionally, the presence of what looks like Alcantara and yellow stitching will get no complaints from us. What you think about the paddles peering over the top of the spokes is going to be more subjective. We know the Emira will be made available with both four- and six-cylinder engines; that it is also plainly getting an automatic gearbox is not surprising given market demand - whether or not it is exclusively a two-pedal car remains to be seen.

Whatever means we end up using to upshift, it seem like we'll be doing it at around 7,000rpm, if the new rev counter is to be believed. Again, whether that applies to the four or six, we don't know - although it's worth noting that the Toyota-sourced supercharged 3.5-litre V6 currently powering the Evora also peaks at 7,000rpm. The four-cylinder engine is believed to be a 2.0-litre turbocharged unit, but Lotus hasn't confirmed where it has sourced the smaller unit from yet.

It is remaining tight-lipped about many things. But - as the teaser pics signify - there are less than 30 days to wait to see if the car lives up to its managing director's original comments: "It's the most accomplished Lotus for generations - the perfectly packaged, powered and formed sports car. Beautifully proportioned, shrink-wrapped, but with comfort, technology and ergonomics built in. With a design inspired by the Evija all-electric hypercar, it's a game-changing Lotus sports car."