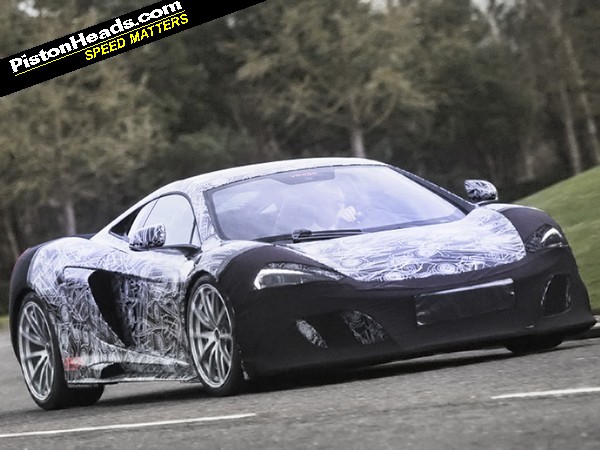 Yes, that lead image is the same as used recently when McLaren announced a

. But the only pic released with the 675LT is of a wheel and, well, that's not very good. Back to the camo'd test mule! 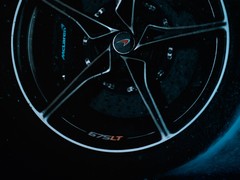 That's good, it will have wheels

Whatever, those few details that have been released ahead of Geneva are promising. 'LT' stands for Longtail of course, a name last seen on a McLaren in 1997 when the F1 was in sportscar racing. Described by McLaren as the "ultimate example of one of motorsport's most successful cars", the Longtail name and ethos is being used again for the ultimate 650S.

So what is a McLaren Longtail? Officially it's a car with a "focus on performance optimised aerodynamics, increased downforce, driver engagement, power and reduced weight." To that end power is up to 675hp (in case you hadn't guessed) and it will initially be offered exclusively as a coupe. Expect more details to follow in the weeks leading up to Geneva.

The introduction of the 675LT also heralds a new naming convention for McLaren. Following on from the Sports Series, the 625C, 650 and 675 family of cars will be known as the Super Series. Hmm. Don't forget there's the P1 GTR on show at Geneva as well. More info soon!