80kg lighter and 45hp more powerful - but there's more to the latest Longtail than numbers... 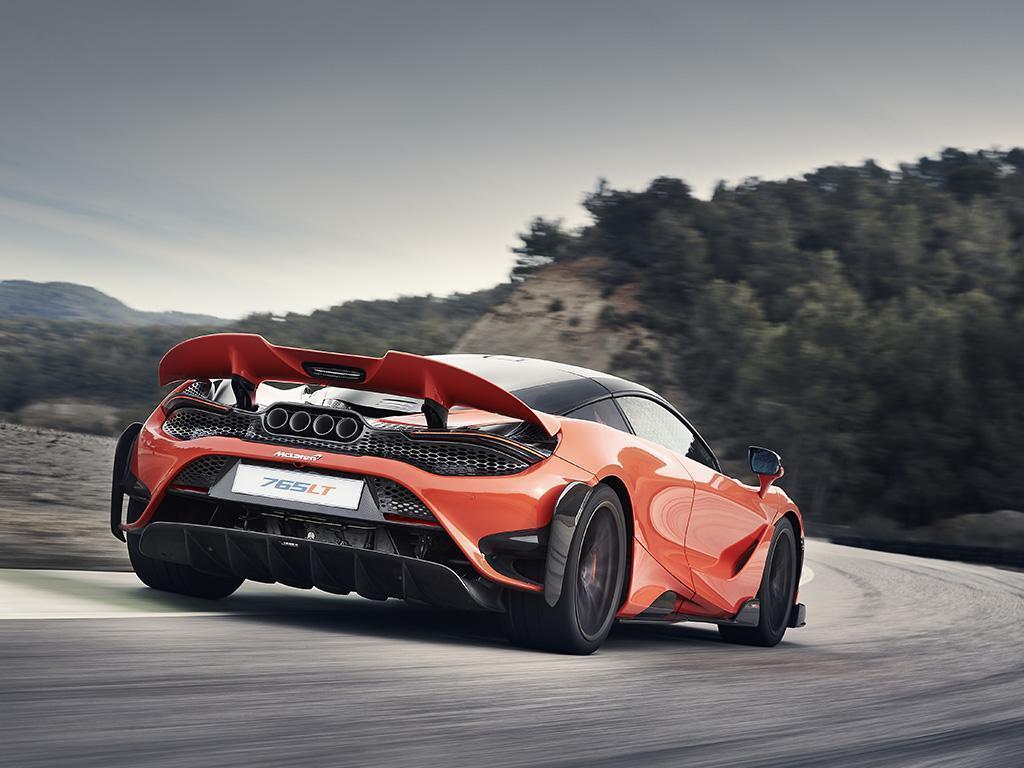 The pace of development amongst supercar manufacturers is perhaps the greatest it's ever been; production methods, materials, powerplants and technologies all evolving at an unprecedented rate. Yet despite it launching three years ago, the McLaren 720S remains at the forefront of the pack, its revolutionary aerodynamics, Monocage II architecture and Proactive Chassis Control II system all contributing to what is one of the most capable performance machines money can buy.

But we've always known it has more to give. Ever since McLaren launched the 675LT at the 2015 Geneva show, it's been the stripped out, track-focussed variants of its cars which have enthralled us most. Balancing breath-taking ability with a pared-back driving purity, both the 675 and subsequent 600 have proven to be the sweetest of spots in Woking's line-up. The fact that their elongated proportions and higher outputs - not to mention historical relevance - has dramatically elevated their desirability hasn't hurt one bit, either.

This, then, is the latest car to earn the Longtail title. It's a moniker which McLaren insists refers not just to a lengthier rear end - good thing too, but we'll get to that later - but rather to increased levels of power, performance and track prowess. All of which the 765LT has in spades.

As with its forebears, the 765's name indicates an output of 765hp from its twin-turbocharged V8, an engine now fitted with the Senna's triple-layer head gasket and a set of LT-specific forged aluminium pistons. When deployed alongside the 4.0-litre unit's 590lb ft of torque, and via a transmission optimised to deliver 15 per cent quicker in-gear acceleration than standard, it's enough to hit 62mph in 2.8 seconds. 124mph arrives in just 7.2 seconds and top speed stands at 205mph. But wait, I hear you cry, that's only a tenth quicker and, in fact, 7mph slower than the standard car. Yes, but that's not the point, remember? Besides, it's also as fast to 62 and considerably quicker to 124 than the 488 Pista, Aventador SVJ or GT2 RS...

Another advantage that the 765 boasts over those rivals is its featherweight construction. While they weigh in at 1,280kg, 1,525kg and 1,470kg respectively, McLaren has managed to trim another 80kg of fat from the already sinewy 720S, allowing the LT to tip the scales at just 1,229kg in its lightest form. To do so the manufacturer has gone to lengths which would give even Christian Bale pause for thought. The new front splitter and bumper, floor and side skirts are all made from carbon fibre, as are the rear bumper, wing and diffuser. The bonnet, doors and front wings, all lightweight aluminium as standard, are optionally available in carbon fibre too, while the carbon fibre-shelled racing seats are a combined 18kg lighter than those found in the 720S, at just 3.35kg each. But that's just the beginning.

The thickness of the windscreen and window glass has been reduced, and the glazed C-pillars and rear screen have been thrown out altogether, replaced with motorsport-style polycarbonate. The exhaust is a fully titanium affair, which at 10.9kg is 40 per cent lighter than a comparable steel system. The suspension weighs 1.5kg less, a bespoke centre tunnel is just 0.8mm thick, saving 1.4kg, and the lithium-ion battery saves 3kg over the alternative fitted to the 720S. The number plate holder is carbon fibre.

Climb inside and you'll notice the diet extends to more than just the seats. Gone are the glazed upper sections of the dihedral doors, which now feature carbon fibre panels. The window switch surrounds, steering wheel clasp and control panel surround are all carbon fibre, too. Lightweight Alcantara is everywhere, air conditioning (-10kg) and audio (-1.5kg) systems are nowhere to be seen (but can be optioned back in for free) and stowage nets replace the hinged door bins. It's an obsession, and that's before any of the optional MSO upgrades are accounted for.

To reduce the 765 to its numbers, though, seems an injustice. You don't need to know that the front ride height has been lowered by 5mm and the track increased by 6mm to know that it just looks right. Nor should you get too hung up on the fact that, of the LT's 57mm increase in length, 48mm actually comes from the nose and only 9mm from the tail. Remember, it's about the Longtail 'ethos'... or something.

Take a look at that rear end and you won't be thinking about getting a ruler out anyway. The 765's party piece - the one that'll identify it from 100 yards away whether in Sloane Square or at Silverstone - is its incredible four-pipe exhaust. The design, diameter, angle and spacing of each pipe has been fine tuned to emit not just as loud a noise as possible, but "to create a high-pitched, engaging note that becomes sharper and sharper as it builds to an incredible crescendo." View it alongside the new active wing which, with 20 per cent greater volume than that of a 720S, contributes to an overall 25 per cent increase in downforce, and you'll be left in little doubt that the 765's tail remains its defining feature.

What haven't we covered yet? The bespoke springs and dampers? The 10-spoke Ultra-Lightweight forged alloy wheels with titanium bolts, saving 22kg and wrapped in bespoke Pirelli P Zero Trofeo R tyres as standard? The track brake upgrade with carbon ceramic discs, Senna calipers and F1-inspired integrated cooling ducts? The optional MSO roof scoop and double-glazed panel, allowing you to see right into the heart of the engine?

At the end of the day, as interesting as it is to know exactly what's gone into making the 765LT such an extraordinary machine, only two statistics will really matter. How many of its rivals it can outperform on track, and how many of its owners will be delighted by it as they were its predecessors. Just 765 such people will exist globally, each receiving an individually numbered example, and we certainly won't be amongst them. As soon as there's an offer of a press car on the cards, though, you can be sure we'll be accepting it 83 per cent more eagerly than ever before.