News conferences for financial results are rarely the most thrilling of events, even for companies making cars as exciting as McLaren. Listening to lots of numbers always feels a bit like trying to browse an Excel spreadsheet, although McLaren's were mostly good. The company is still expanding - it's just taken on another 250 production staff in Woking - while 2015 was its third profitable year during which it made 1,654 cars. Turnover declined during the same period - dropping five per cent to a still-healthy £450m - largely as the end of P1 production knocked the revenue-per-car. 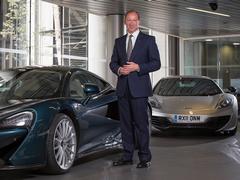 As soon as the formal presentation was over the assembled hack-pack surrounded CEO Mike Flewitt, not to crunch some more numbers but to get a chance to talk about new product. Although much of what he said was as we've

reported it on PH before

, there were some fascinating new nuggets as well.

Flewitt admitted that development of the EV mule the company is developing to gauge reaction to an electron-fuelled Macca has already started. "We're working with two or three different partners on electric motors and batteries," he said. "We'll build it into an existing architecture, it may even end up being the [Sports Series] architecture initially, maybe with a conventional suspension system, because we want to learn step-by-step."

The plan, apparently, is to initially build a single prototype, but then follow this with a limited run of what are likely to be Ultimate Series (P1 level) EVs to gauge reaction among McLaren's well-heeled clientele. "We'll evolve it into a limited run product to put out there and see how customers use the car. If you take the car out on the track, for example, even with a power dense battery you'll drain it in no time at all," explained Flewitt. 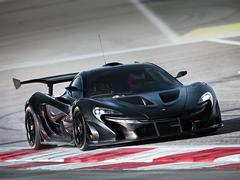 McLaren hasn't fully committed to creating a full production EV as part of its Vision 2022 plan, which will see 15 new models or variants launched in the next six years. It genuinely is a voyage of discovery for McLaren's engineering and design team; with one possible outcome being that the world isn't ready for an electric car yet.

"One of things we debate all the time in-house is the noise and vibration," Flewitt said. "With our cars we tune noise, we don't just try to obliterate it. If you've driven a 650S and a 675LT back-to-back one of the things that communicates, even at fairly low speed, is a little more vibration that comes through in the 675 from the way the engine is mounted in the car. Little things like that can be very important, but they all vanish [when you remove the engine]. From a personal perspective I don't like fakery, I want it to be authentic, so what I'd love to do is create characteristics that are equally compelling. We won't end up having a music system playing the noise of a V8 when you're driving on batteries. That would be crap."

We already know that McLaren is working on a smaller engine - we believe it will be a V6 developed from the same architecture as the existing V8 family - with Flewitt also hinting that this will only be offered in conjunction with the performance-boosting hybrid system the company has already said it's developing. "We'll continue to downsize, we've got to address emissions because markets are putting ever more pressure on us," he admitted. "We would design something with the capability to integrate hybrid in an efficient way, rather than being bolt-on - it's integrated from day one. That's the focus."

More when we have it!